Nicholas Staropoli | October 27, 2016
This article or excerpt is included in the GLP’s daily curated selection of ideologically diverse news, opinion and analysis of biotechnology innovation.

How many sperm do you have and how well do they swim? That’s been the gold standard forever. Unfortunately, that’s a very unsophisticated view of a very complex problem.

That’s how Dr. Richard Scott, a fertility specialist in New Jersey, describes the current state of fertility tests for men.

Historically, the blame for a couple’s inability to conceive was placed primarily on the mother. Today, we know that in as many as 40 percent of the time the man is the sole cause or a contributing cause of a couple’s inability to conceive naturally. Yet this hasn’t translated into any improvements in technologies that help men understand their infertility issues. For example, fertility in the United States is a massive industry pulling in $4.5 billion annually, but almost all of the diagnostic tests and treatments are intended for women.  As Scott points out, all modern medicine can do for men with potential fertility issues is evaluate his sperm for number and motility. However, sometimes even when both factors are normal, a man’s sperm can still struggle to get the job done.

This is where the start-up Episona, which bills itself as an epigenetics data company, hopes to be of some service. On October 17, the company introduced the first-ever epigenetics-based test to assess male fertility. According to the company, the test, which it aptly dubbed ‘Seed,’ detects abnormal methylation at 480,000 regions of the sperm cell’s genome thought to be essential for fertility. Each site is sorted into either “makes a good embryo” or “doesn’t a make good embryo” category and if a man’s sperm has too many in the latter group, he may have fertility issues—at least according to the test. 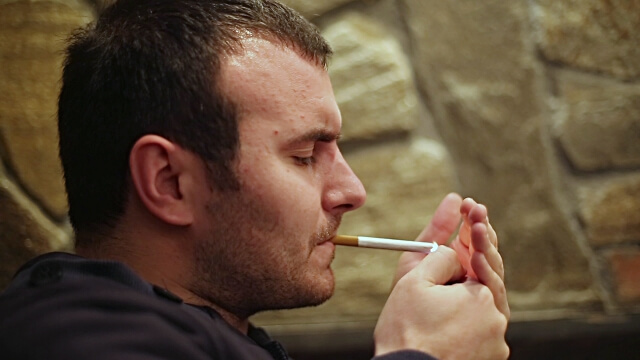 Methylation is a common epigenetic process, which involves the direct addition of a small molecule (called a methyl group) to the genome. When a region of DNA is methylated, the sequence does not change, but the gene’s activity is suppressed. There is a growing belief in the scientific community that environmental factors—smoking, obesity, various toxins—can drive the placement or removal of these epigenetic tags. This is what Seed is detecting, according to the test’s maker. From the company’s press release:

Epigenetics examines external or environmental factors such as aging, smoking, obesity, environmental exposure or even exercise that can cause changes to the layer on top of the DNA known as the epigenome. These modifications to the DNA alter how genes are expressed, or read, which in turn can impact how genes function. Episona focuses specifically on DNA methylation on the epigenome by looking at the differences in methylation between known fertile sperm DNA and infertile sperm DNA.

Physicians can now order the test and Scott, who worked with the company, for one is excited to use it:

Seed has the potential to provide my patients with the information needed to guide their course of treatment better. I look forward to bringing this new test to my practice and to helping my patients become pregnant sooner.

However, not everyone is convinced of the test’s potential. Brian Abraham, who does research in the field of epigenetics at MIT, commented about Seed to GLP sister site the Epigenetics Literacy Project. Abraham said, “while the link between DNA methylation and sperm success has been studied, there is currently no consensus for how epigenomes contribute to this success.” He did, however, say that the test was based on a  “reasonable scientific premise” and that “several labs have looked at the methylation status of specific genes in normal and abnormal sperm to try to distinguish the two groups, with some success.”

Abraham also pointed out a major flaw with the test: there’s no evidence that men can do anything to change their test score. In other words, if smoking was to blame for a man’s negative result, there is no evidence that quitting will improve his fertility score. 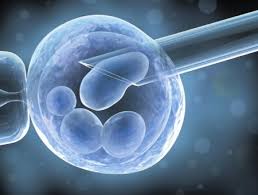 To be fair, Episona seems to be aware of this fact. Its co-founder Doug Carrell, who is also an endocrinologist at the University of Utah, told STAT, “my hope for the test is that we give [couples] more knowledge beforehand.” That knowledge, Carrell says, will help patients make more informed decisions about family planning, “one of the most heartbreaking things we see is people go through one cycle of IVF, have poor quality embryos, and then go through a second cycle hoping it will be better.”

Carrell’s point is important. Opting for IVF can be a difficult decision for a couple to make because it can cost them a small fortune—up to $100,000 in some cases. It’s not a decision anyone takes lightly, and it’s easy to see the appeal of gathering as much information about your chances of having a child in any other way first. The results from Seed can solidify the reality for a couple that they will never have a child naturally. However, on the other hand, if that information is based on unsettled or flawed science, you have to wonder how helpful it really is.

This article originally appeared n GLP sister site the Epigenetics Literacy Project and is being reproduced here with permission of the author.