It has earned fleeting mentions in TV biothrillers, such as Orphan Black (BBC America) and The Last Ship (TNT), but now CRISPR genome editing is getting a sci-fi show of its own. Though actually an acronym for a biological term that most sci-fi fans will have no use to remember, “CRISPR” makes it a catchy title for the new bioterror thriller that actress-singer Jennifer Lopez is producing for NBC.

Imagine a TV series named ‘ELISA,’ ‘Northern blot,’ ‘PCR,’ or some other biological assay and you’ll realize how precisely nerdy this is, but it may be premature. The series is only in the developmental stages, after all. But the fact that a major network is considering naming a show after CRISPR is shows that it is generating a lot of buzz. Why? Researchers working with CRISPR are on the brink of acheiving a number of major breakthroughs in science and medicine.

It could soon cure sickle cell disease and a rare type of blindness. Bill Gates has recognized its potential in any number of critical areas, and he currently is investing in research that uses gene editing to create mosquito-killing technology. Scientists are utilizing the technology to grow transplantable human organs in pigs. There are also some labs around the world working with CRISRP-Cas9 in the agricultural sector to engineer important traits, such as drought resistance, into crops.

Despite its growing reputation and enormous potential, CRISPR-Cas9 is far from a magic bullet. So if Lopez and NBC want to truly capture gene editing, they’ll need to find a way to incorporate some other major players in the field into their scripts.

Cas9: An amazing endonuclease, but not the only one

While you may frequently see CRISPR-Cas9 written with the ‘Cas9’ chopped off, it’s actually a crucial component of the CRISPR gene editing system. It’s a part of the Cas family of endonucleases—enzymes that cut genetic material like DNA. Cas9 belongs to the CRISPR system of the bacterial species Streptococcus pyogenes. Researchers repurposed Cas9 from its role in defending S. pyogenes against phage viruses to editing genomes. Using designed sequences of RNA, Cas9 can find and remove specific genes, or parts of genes, from an organism’s DNA. But there is an upgrade on deck for CRISPR that uses a newer cutting protein called Cpf1. To be sure, it is a CRISPR system, but not the same one that you’ve heard about.

The Cas9 cuts slightly differently than Cpf1 so depending on where and how a cut needs to be made, one may be preferable to the other. The Cpf1 enzyme offers many advantages in genome editing over its Cas9 relative. Cpf1 is smaller than Cas9 making it easier to package and transport into a cell. Cpf1 also requires less RNA as a guide which means it is simpler and cheaper to make. Also, unlike CRISPR-Cas9, there is currently no patent on CRISPR-Cfp1, so a lab or company could use Cfp1 without infringing on the CRISPR/Cas9 patent.

Editing with DNA guides instead RNA

An essential characteristic of CRISPR systems, regardless of the particular cutting proteins that they use, is their dependence on RNA sequences to guide them to the target sequence that is to be edited. But this is not the only way to get the job done. Another system waiting in the wings is called NgAGO. Instead of RNA to find the target gene, it depends on single-stranded DNA (ssDNA). It’s not necessarily better or worse than CRSIPR, but NgAGO offers some unique benefits. The details of such benefits are technical, but they converge on one result: extreme accuracy. Especially for editing genes in mammalian cells, off-target effects (editing parts of a genome other than the target region) are less likely with NgAGO compared with CRISPR. This could be particularly advantageous when the genetic payload to be delivered to a cell needs to be placed into a chromosome at a particular site, rather than being left outside of the chromosomes to form an episome, the usual strategy in most current gene therapy.

Older could be better? 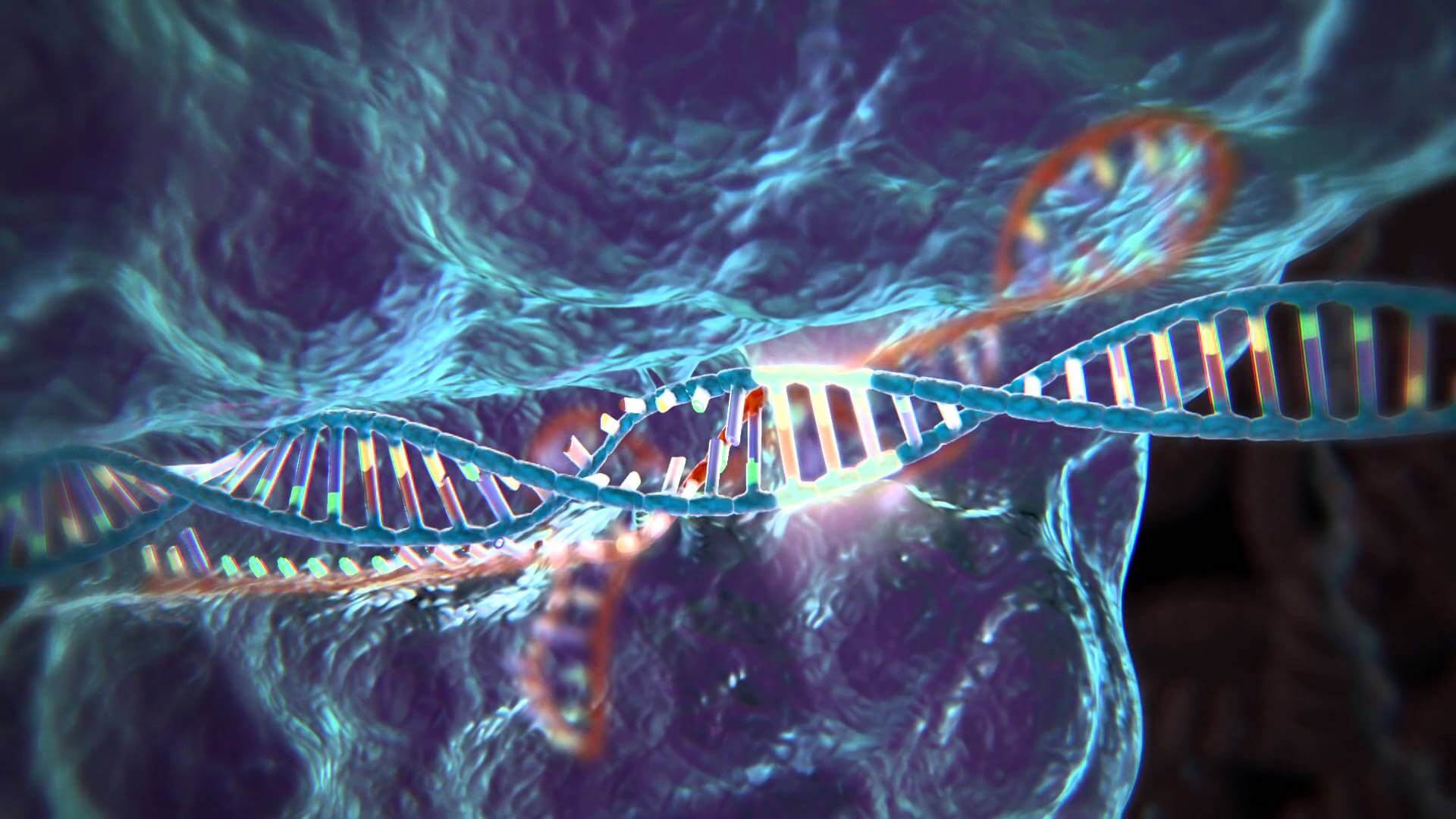 A few years before CRISPR burst onto the scene, a technique called transcription activator-like effector nucleases (TALEN) was the go-to gene editing system for scientists. TALENs are a class of proteins called restriction enzymes that can be engineered to cut specific sequences of DNA. While many in the lab favor CRISPR for its simplicity and cost, TALENs are far more specific. Recently, TALENs were the gene editing technique of choice for re-purposing T-cells to treat two young children suffering from acute lymphoblastic leukemia. Similar to Cfp1, the court battle over CRISPR-Cas9 ownership has led many scientists to opt for TALENs over CRISPR. Jon Chesnut of Genetic Engineering and Biotech News explains:

TALEN technology also offers a significant advantage for organizations requiring a clear licensing path for commercial applications. While the CRISPR IP landscape has not yet been settled, two companies— Thermo Fisher Scientific and Cellectis—control and cross-license foundational IP in the TAL Effector space. Their alliance, which includes the Two Blades Foundation for commercial applications in plants, clarifies the use of TALENTM TAL Nucleases for gene editing in research and applied markets.

Basics of gene therapy: Why size matters and why version 2.0 is around the corner

In gene therapy, physicians alter the genome in body cells of patients, either ex vivo or in vivo. With ex vivo gene therapy, cells are extracted from the patient, modified, then infused back into the patient; this works well when the modification required is in blood cells or stem cells that give rise to blood cells. When a hemoglobin chain is defective, for instance, as occurs in sickle cell anemia or thalassemia, a gene for a functional form of the protein can be added to the patient’s blood-forming stem cells.

In vivo gene therapy is appropriate when cells cannot be removed and put back, such is the case with brain diseases or genetic conditions of the retina in the eye. In this case, delivery of the healthy genes requires a carrier, called a vector. One of the most common categories of vectors is adeno-associated virus (AAV). AAV has the advantage of causing only weak immune responses compared with other vector types. Different forms of AAV have an affinity for particular tissues, so they can be chosen appropriately to where the genetic payload needs to be delivered. Finally, AAV deposits the genetic payload in target cells as an episome, which as mentioned earlier means separate from chromosomes. This is important because putting a therapeutic gene into chromosomes carries a risk of disrupting cell genetics in ways that could trigger cancer.

One significant disadvantage of AAV, however, is that it can deliver only a limited quantity of genetic material. This could be a small gene, but not a large gene, such as the gene that’s defective in Duchenne Muscular Dystrophy (DMD). With DMD and sickle cell disease, however, what causes the problem is a mis-spelling in only a small portion of the gene. In the sickle cell gene, for instance, one genetic letter is substituted for another. This is where CRISPR gene editing comes into the picture. Rather than replacing the entire massive gene, CRISPR enables line item editing, in this case correcting that one genetic letter substitution that causes the incorrect amino acid.

This is why CRISPR now stands to evolve gene therapy from version 1.0 to version 2.0. But since CRISPR, and Cas9 specifically were taken from the defense systems of merely one microbial species, they’re only a subset of molecular editing tools that nature has to offer.

TALENs have certain advantages for certain biotechnology situations, plus we have the possibility now of utilizing CRISPR-Cpf1 and NgAGO. As scientists pour through the defense arsenals of a plethora of organisms, there’s no telling how many novel molecular devices will show themselves and be recognized for utilization in biotechnology and medicine. So get ready, J-lo, your CRISPR thriller may require a few spinoffs.