Human hibernation: How it can change the world of medicine

Suspended animation has been a story teller’s tool for centuries. Whether by science or magic, there’s no shortage of films, books, and movies that feature a character taking a very long snooze. Sleeping Beauty, Rip Van Winkle, Austin Powers, and Captain America are but a few of the characters that have been put into this state, also called human hibernation.

However, the genre in which we see this popular plot tool used the most is science fiction. In large part because it enables characters to spend a very long time traveling through deep space. The film and TV version of Lost in Space, the 2014 film Interstellar, and Planet of the Apes (1968) all have employed human hibernation as a means to help astronauts travel deep into space. While this could be one real-life application, human hibernation may be useful here on Earth too.

Our understanding of hibernation biology has increased orders of magnitude in the past decade or so, but the funding drive is not from NASA. Rather, it comes from medicine, because if we could reproduce anything close to hibernation in humans, the health implications would be profound. Treatments for heart disease, diabetes, and Alzheimer disease could all be improved by learning how to put humans in a long, deep sleep.

Evolution and neurology of hibernation

When animals enter hibernation, their ‘shivering threshold’ drops, typically to about 15° C (59° F), so they become hypothermic. Their heart rates and breathing slow accordingly and they stop doing everything except urinating from time to time. Hibernation features physiological changes throughout an animal’s body, but it is controlled in the brain. It’s not the body’s thermostat setting, located in the hypothalamus, that is key to inducing the lowering of the body temperature for 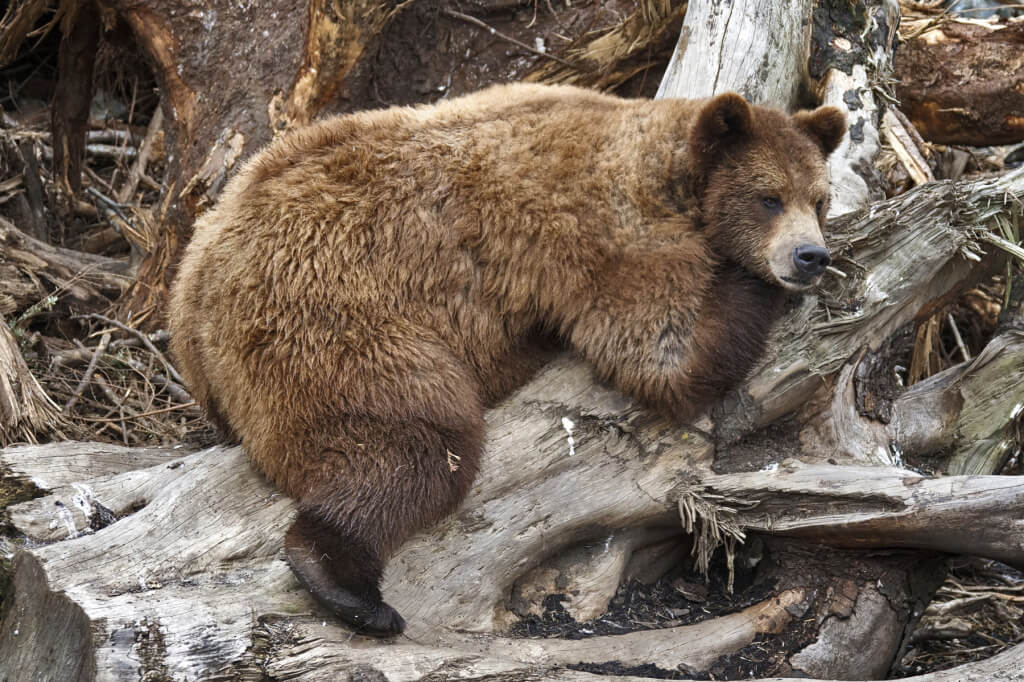 hibernation. Rather, other locations in the brain linked with the hypothalamus exert various body effects specific to hibernation. Together, these encompass a lot more than just adjusting body temperature.

There are a handful of research groups around the world studying hibernation from the standpoint of how we might adapt it to medicine. One team is at the University of Bologna, Bologna, Italy, where the principal researcher, Dr. Matteo Cerri, induces a hypothermic state, similar to hibernation, in rats, animals that don’t hibernate naturally. This is accomplished by activating GABAA receptors (causing inhibition of neuronal activity) in a small area of the brain called the raphe pallidus. This area receives signals from the hypothalamus (and other areas) and is essential for normal thermoregulatory responses. Its inhibition seems to enables various organs throughout the body to switch into a hibernation mode. Another team is at Oregon Health Sciences University (OHSU), in Portland, OR, where Dr. Domenico Tupone, has discovered a different approach, in which activation of adenosine receptors in the brain induces a hibernation-like state in rats. Meanwhile, a few hours’ drive to the north, Dr. Mark Roth of the Fred Hutchinson Cancer Research Center in Seattle has achieved the similar effect in several types of animals using hydrogen sulfide gas, normally a metabolic poison.

The next milestone objective for the various research groups is to induce hibernation in animals that are much more like humans, namely pigs. Pigs were the final animal model for demonstration of the profound hypothermia treatment that’s now being tested in human trials for severe blood loss trauma, and the application of hibernation strategies is set to follow the same porcine pathway. Researchers believe that the survival after cardiac arrest, strokes, and other situations where hypothermia helps should increase dramatically, plus hibernation research is on course to bring about new tactics for common medical conditions.

In 2015, surgeons began running a clinical trial using profound hypothermia (lower a patient’s body temperature to just a few degrees above the freezing point) to keep people alive for two hours or more with no blood circulating after massive hemorrhage. Less extreme hypothermia is also used during certain surgical procedures such as operations on the aortic arch, the massive trunk of arteries that receives blood from the heart’s left ventricle and sends it throughout the body. Unlike operations inside the heart, patients undergoing aortic arch surgery cannot have their blood rerouted through the heart-lung machine, but lowering their core temperature can buy precious time that the brain can go undamaged, despite the lack of circulation.

Hibernators get ‘sick’ and then ‘cure’ themselves

One of the most exciting outcomes of hibernation research over the past several years is that hibernating animals do not simply turn down their settings. Hibernation and torpor are not merely reduced metabolic states. When hibernating, an animal’s lungs are in a state similar to a person having an asthma attack and the animal’s heart beats in a coordinated pattern but very slowly, similar to a person with a second-degree heart block. In such a hibernating animal, the blood moves very slowly through the venous system. That’s OK for delivering oxygen and removing waste because the hypothermia decreases the metabolism of body tissues. Nevertheless, blood moving so slowly in humans would be prone to clots; that’s why people sitting for many hours on a plane are at risk for deep vein clots in the legs if they don’t get up and stretch.

But a hibernator is not prone to clots even while asleep for weeks at a time, nor do they die from changes in the lungs or heart. If that’s not enough to impress you, consider the fattening up that they do in the fall. To achieve this, grizzly bears effectively give themselves diabetes, yet they never develop the complications in the nerves, blood vessels, kidneys, and eyes that happen in diabetic people. Finally, while in hibernation, the brains of hibernators de-synapse; the connections between neurons whose very formation we associate with learning and formation of memories disappear. That’s what happens in dementia. That’s what happens in Alzheimer disease, one of the greatest challenges for medicine at present as people live longer and degenerative diseases set limits on quality and quantity of life.

When the animals revive from hibernation, their synapses are back to normal. They’re not demented, not asthmatic, not diabetic, and their arteries are not full of plaques. In other words, they have cured themselves. If we could learn how to repeat this self-healing, we could awaken to a golden age in the world of medicine.