Andrew Porterfield | November 9, 2016
This article or excerpt is included in the GLP’s daily curated selection of ideologically diverse news, opinion and analysis of biotechnology innovation.

According to many activists, the crops of innocent organic farmers are about to overtaken (any moment now) by genetically modified invaders, and despoiled by the chemicals often paired with them. “Organic Farmers Pay the Price for Contamination,” screams a typical blog post headline, this one by Food and Water Watch.

Until genetically engineered crops (also described as GMOs) were introduced as a production method for U.S. farmers, “coexistence” between different sectors of agriculture was a fairly simple prospect. Today, the ability of organic, non-GMO or identity-preserved production to coexist with GMO production is in question. 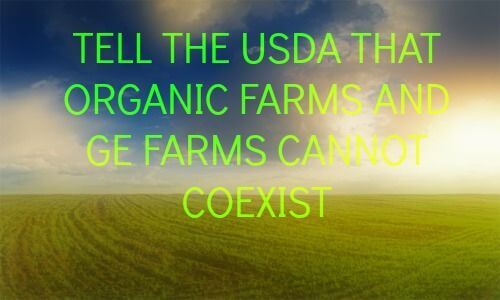 It’s one of the most familiar memes on the Internet: new government policies are putting organic farming at risk. According to an article in Civil Eats by Melody Meyer, “the policy allowing so-called “coexistence” of organic and GMO crops now in place in the U.S. Department of Agriculture is one-sided and precarious at best.” Why? Because, she and many other pro-organic supporters contend, the USDA is “proposing that organic growers pay for contamination done by the GMO patent holders!”

What is crop “contamination”?

Activists claim they are taken this position to protect innocent farmers who have not only found their crops contaminated, some of whom, they say, have been sued by Monsanto et al. after the contamination occurred — essentially victimized twice. In fact, there is not one recorded case of that happening — not one court case in the United States 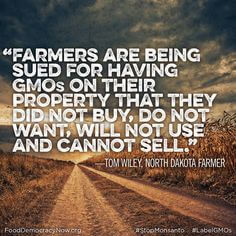 or Canada in which a farmer whose crops were accidentally cross fertilized or otherwise were found to have GMO crops growing on their land were sued.

That was the contention in the now infamous Percy Schmeiser case, a Sakskatchawen canola farmer who claimed Monsanto sued him because he unknowingly grew GMO crops. Schmeiser lost his case after it was determined he had lied to the court and had knowingly allowed cross contamination or otherwise willingly planted GMO crops himself.

A key point to make: there is no scientific term as “contamination” in agriculture — it’s an ideological designation used to demonize the historically natural phenomenon of cross fertilization. Most organic farmers and conventional farmers exist cooperatively next to each other and many farms grow both GMOs and organic crops. Cross fertilization is a fact of agriculture, and it occurs from one farm to another all the time with no consequences. In the U.S., organic farmers cannot lose their organic status if cross fertilization occurs accidentally, although that’s not true in some countries where organic groups voluntarily set no tolerance policies. There is no record that any farmer in the U.S. has ever lost certification as a result of so-called “contamination” — although one would never know it based on the propaganda on the web

Nonetheless, these fear-based stories have raised concerns among some organic farmers that they won’t be able to sell their organic produce to overseas markets, a more legitimate concern, although there have been only a few minor incidents to date, mostly embedded in trade politics.

At the extremes, these fears have provoked policy discussions that advocate a kind of agricultural apartheid, under which organic and (at least) GM-growing conventional farms would be separated for miles and operate under completely isolated processes and technologies. In a recent post from the International Centre for Trade and Sustainable Development, two journalists, Aleks Shafer and Colin Carter, wrote:

In instances where price premiums for organic and conventional products and the risks of contamination are high, many private companies have instituted voluntary standards, known as identity preservation (IP) systems, to preserve the purity of highly valued product traits. These systems create stringent handling processes that require strict separation to be maintained from germplasm or breeding stock to the processed product on the retail shelf… Cross-fertilisation due to pollen flow between neighbouring fields of organic or conventional crops by GMOs is a threat to successful coexistence. Policymakers have proposed three alternative mechanisms by which to manage this risk: zoning restrictions, isolation distances, and pollen barriers.

Currently in the U.S. Congress, H.R. 1599, the Safe and Accurate Food Labeling Act, which would open the door for a national voluntary labeling program, would also allow farmers to sue growers of genetically modified crop for alleged “contamination” of organic or otherwise non-GMO farms. The bill has passed the House of Representatives, and a companion bill is currently before the US Senate Agriculture, Nutrition and Forestry committee.

Anti-GMO advocacy groups are trying to leverage these cross-fertilization fears. Food and Water Watch touted a survey of farmers that it said “Reveal(s) that the risks and the effects of GMO contamination have unfairly burdened organic and non-GMO farmers with extra work, longer hours and financial insecurity.” 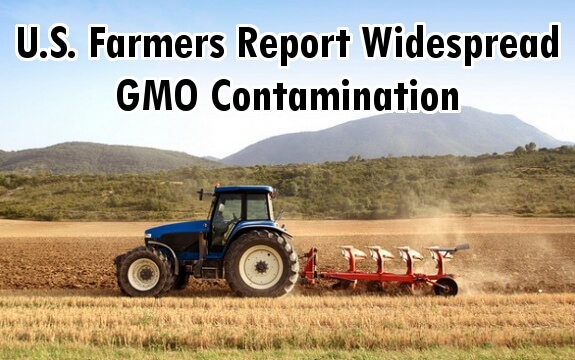 Cross-fertilization or “contamination” by GMO has never happened to any significant degree (unless a farmer intentionally planted GM crops). The only significant possibility of cross-over would be the finding of GM crops in an organic farm. The case of Marsh vs Baxter in Australia came the closest. In late 2010 Steve Marsh, an organic farmer, found evidence of seeds from the crop of his lifelong farmer neighbor, Michael Baxter, in his fields. Baxter was a conventional farmer who planted GMO seeds.

Later, Marsh found dead canola plants blown by the wind onto his property and 8 live plants. Marsh reported the seed and plants to his local organic certification board and lost the organic certification of some 70 percent of his 478 hectare farm. Marsh sued on the grounds that Baxter used a method of harvesting his crop that was substandard and negligent — in fact Baxter used standard conventional farming methods.

The region’s high court ruled the organic farmer was a victim of the Australian organic industry’s own self-chosen rules, and exculpated the conventional farmer. The summary judgment of the court, upheld on appeal, stated that the loss of organic certification “was occasioned by the erroneous application of governing NASAA Standards applicable to NASAA organic operators as regards GMOs (genetically modified organisms) at the time”. In other words, Marsh’s own organic standards association set unrealistic expectations of co-existence because cross fertilization is a fact of modern farming that long predates the introduction of GM crops.

Another lawsuit, a class action patent case, illustrated the fear-generating tactics of the strident organic activist wing of the anti-GMO movement. A group of organic growers and anti-GMO groups came together to sue Monsanto, alleging that Roundup Ready seeds and plants could be in their organic field; that they would not be able to sell their produce as organic; and that they could be sued by Monsanto because of the possible use of patented, GM seeds. In her dismissal of the case in 2012, U.S. District Judge Naomi Buchwald noted that the suit was “the product of plaintiffs’ transparent effort to create a controversy where none exists.”

The USDA’s National Organic Program (NOP) doesn’t use the term “contamination” in any official context. Instead, as NOP director Miles McEvoy explained, it focuses on cross-pollination or the inadvertent (or deliberate) presence of prohibited substances, including GMOs, on organic farmland. The NOP also underscored what activists know but dissimulate about in their anti-GMO campaigns — that the mere presence of GM seeds or crops does not necessarily mean a crop will lose its organic status.

Ironically, if there is any contamination going on, it is often as likely to come from pest species that originated on organic cropland but spread to GMO farms that were otherwise protected from these pests. When it comes to contamination, organic pest control methods, including pesticides, have not been effective at controlling insects, weeds, and fungal pests. That point was made in the wake of the Marsh v. Baxter ruling, in which Baxer noted that he believed he had a powerful case that his farm faced “contamination” and not his neighbors organic property:

This should never have even gone to court because between farmers, we should’ve just had a chat over the fence, had a couple of beers, you know, this would’ve been all sorted out. He’s an organic farmer, he can’t spray, he can’t use chemicals, you know he’s got red mite, he’s got aphids, he’s got rust, he’s got all the diseases in the world, does he worry about that? They blow over the fence, I get them all the time. Do I whinge, do I complain? No, not at all.

Rather than promoting “contamination”, the close proximity of organic and GMO farms often covers considerable no cost advantages to organic farmers whose fields might otherwise be beset by various pests not easily controlled by organic pesticides. A follow-up article in an Australian newspaper outlined the actual benefits many non-GMO farmers get from having their farms in close proximity to GM fields:

Organic farmers, while environmentally more benign in some ways, are notoriously less efficient in controlling pests in their crops. GM farmers often raise crops that are effective in resisting specific pests without destroying helpful predator species, such as the ladybirds that eat marauders such as aphids. In this way, farmers growing conventional crops can benefit from a neighbour’s choice to plant GM, just by being in the same vicinity – they get fewer pests without paying the premium for GM seeds.

In fact, several studies have illustrated what’s known as a “halo effect,” in which organic farms adjacent to GM farms benefit from fewer insects and other problems:

In all of these examples, just like we saw in Australia, the issue of “contamination” is rarely the spread of GM seeds or plants to organic farms but rather the movement of pests, including fungus, from organic farms.

Why would the organic movement support lawsuits and mount a public relations effort to claim a contamination ‘disaster’ that hasn’t actually occurred? Val Giddings, senior fellow at the Information Technology and Innovation Foundation, pointed to organics high costs of participating in organic certification programs (and the higher costs of maintaining organic farms themselves) as a potential motive:

Organic growers have decided to try and export those costs onto the shoulders of their neighbors growing crops improved through biotech. And then they complain about “contamination;” what cheek!