Laura Braden | December 8, 2016
This article or excerpt is included in the GLP’s daily curated selection of ideologically diverse news, opinion and analysis of biotechnology innovation.

There is a growing body of evidence pointing to the safety, utility and necessity of precision breeding (aka genetic modification) in agri-food products. Yet anti-biotech forces continue to claim that precision-bred organisms–the recently approved GMO salmon the latest example–are bad for people, bad for the environment and are unnecessary.

Consider the recent writings of Marc Montgomery, a Canadian journalist who relentlessly features the sensationalist scare claims of anti-GMO activists.  His latest piece featured on RCI–Radio Canada International–is introduced with an overtly biased headline: “Another setback in fight against GM salmon”. The piece goes on to feature lengthy statements by well known biotechnology opponents, including the policy director of the anti-GMO Ecology Action Centre, a non-profit NGO based in Halifax Nova Scotia, and a lawyer from Ecojustice whose attempt to block final approval of the salmon was recently rejected by a Canadian Federal Court of Appeals.

“Rather than adhering to the precautionary principle, our clients believe the Ministers approved uses of this genetically-modified food animal that were not subject to a science-based risk assessment despite the potential for serious risks to the environment and wild Atlantic salmon in the event of an accidental escape,” Montgomery quoted Ecojustice lawyer Kaitlyn Mitchell. 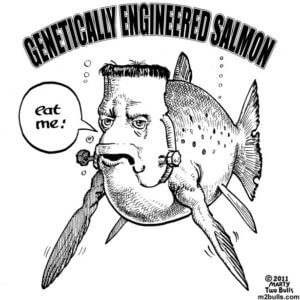 Those claims were reviewed and rejected by both Canadian and American authorities. Montgomery’s piece did not quote from the decision nor interview any independent scientists–just ideological opponents of all biotech innovations. Relentless in his attacks on the AquAdvantage salmon, Montgomery also failed to acknowledge the substantial body of scientific literature contradicting these claims.

This pattern of circulating biased data and scare reports disguised as independent journalism has become all too familiar over the past few years, and has escalated more recently in the wake of regulatory approvals in Canada and the United States.

The GMO salmon, produced by the Canadian-based biotechnology company AquaBounty, was 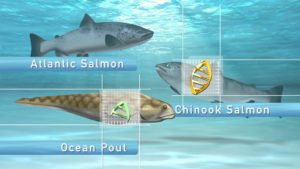 created by using a growth hormone gene from the Chinook salmon and a sequence of DNA from an ocean pout. This allows the new fish to reach it’s normal weight–about 9 to 11 pounds–in 20 months or less. It takes up to 34 months for a conventional Atlantic salmon to hit the same threshold. The new salmon doesn’t grow any larger; it just grows faster.

The result? A salmon that requires less feed and energy, and that would produce the most
environmentally and ecologically friendly protein available to consumers. 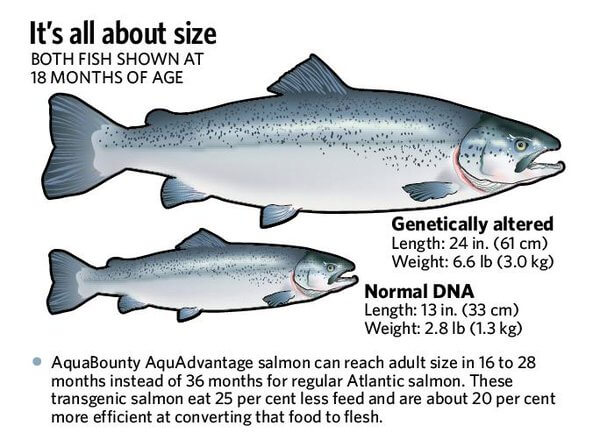 Opponents of the new fish focus on a range of issues, including fears that it will escape into the wild. Once there, critics argue, the salmon could breed with wild fish and become a formidable competitor for resources. These arguments were considered and ultimately discarded by U.S. and Canadian regulators, who were satisfied with safeguards put in place by AquaBounty.

To better understand the subject, let’s look at two key precautions provided by the creator of the new fish:

(1) AquaBounty salmon are all-female and sterile (triploid), making it almost impossible for them to mate with each other or with males in the wild.

An increasing body of evidence has shown that triploid fish do not threaten wild populations. In open-ocean aquaculture, triploid fish are recommended as the best option in locations such as Norway or Newfoundland, where escapees from sea farms have been detected breeding with their wild 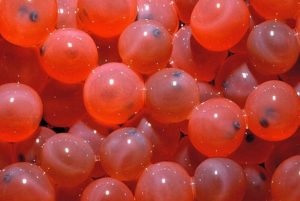 Fisheries and Oceans Canada published a report in 2015 by Tillman Benfey, an expert on triploid salmon from the University of New Brunswick, who wrote:

In the absence of effective measures to prevent the escape of farmed salmon or to recapture them post-escape, the only effective method to minimize their impacts on wild populations is to ensure that farmed populations are comprised solely of sterile fish through the use of all-female triploids.

Critics, however, have argued that sterility programs are not 100 percent effective. Mark Butler of the Ecology Action Centre in Halifax states “that there have been documented cases of escapes from commercial fish farms, even land-based farms.” He cautions that AquaBounty’s triploid induction technology – it results in three sets of chromosomes, instead of the normal two — is only about 95 percent effective. That 5 percent error rate would represent a large number of reproductive capable fish in a commercial operation.

But where does that 95 percent figure come from? It was the minimum threshold set by the U.S. Food and Drug Administration as part of its approval process for the fish.

The number, however, does not take into account the success that AquaBounty has achieved with its triploid eggs. Each batch is tested, using procedures recommended by U.S. and Canadian regulators. The results are publicly available in the data package submitted to the U.S. Food and Drug Administration and Health Canada. The results show a sterility rate of 99.8 percent, and the company says technology improvements are pushing it closer to 100 percent.

Canadian and U.S. regulators approved the AquaBounty salmon for production and human consumption on May 19, 2016 and November 19, 2015, respectively. This was done after 20 years of reviews and risk assessments. In both countries, the risk of escape from the land-based fisheries was concluded to be low.

In over 25 years of breeding and cultivation, there has never been an escape of one of these fish

from an AquaBounty facilities. The company is considered a leader in the field of containment technology.

With the new fish already approved by regulators, critics are now turning their attention to other tactics aimed at keeping it off the market. Canadian journalist Montgomery wrote about environmental groups, such as Living Oceans Society, focusing on efforts to force labeling of the GM salmon. The group says some major retailers across North America already have pledged not to sell the product, prompting hope that the fish might still be stopped.

Clearly, opponents remain opposed to the technology that created the new salmon, despite growing evidence that it is no different than a conventional Atlantic salmon, from a nutritional or safety perspective.

But many consumers are searching for environmentally and responsibly produced seafood. They see, in this new salmon, the beginning of a better way of producing our seafood. Grown on land, close to where consumers live, these fish could bring about a reduction in the carbon footprint of seafood production and distribution. Salmon are currently imported to North America from Chile, Norway, Scotland and the Faroes. 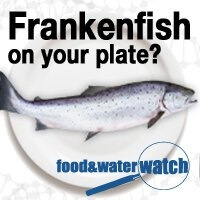 Opponents have not kept up with developments in the fields of land-based aquaculture systems, genetic engineering and gene editing. They continue to raise increasingly irrelevant concerns, despite evidence showing the very low potential for escape from land-based facilities, and the poor mating potential of this engineered salmon.

Opponents also fail to understand the innovation that makes the AquaBounty salmon a game changer with benefits both for consumers and the environment in a world facing an increasingly unpredictable future due to climate change. Attempts to block what many scientists agree is a better and more sustainable way to produce food are misguided and potentially harmful to our future food security.

Laura Braden, PhD is a post-doctoral fellow in the Pathology and Microbiology Department at the Atlantic Veterinary College in Canada. Her research is focused on understanding salmonid diseases in wild and farmed fish using modern genetic techniques. Follow her on Twitter @lulu_braden.