The Twitter campaign under the hashtag #glyphosateisvital has been backed by a number of British farmers, who have posted tweets in support of keeping the herbicide.

When used as a min-till establishment technique, it allows growers to reduce ploughing and decrease subsequent greenhouse gas emissions by leaving the soil undisturbed.

The [National Farmers Union of England and Whales] says glyphosate is “fundamental for weed control at pre-planting or pre-emergence stages on stubble fields.”

The latest Twitter campaign by farmers lobbying to keep glyphosate follows several campaigns by green groups and NGOs, including Friends of the Earth and the Soil Association, calling for an outright ban of the herbicide.

NFU vice-president Guy Smith said: “As we start the lobbying run into the relicensing of glyphosate at the end of 2017, it’s not surprising to see new activity trying to demonise this key crop-protection material.

“The NFU are now redoubling efforts in Brussels to make sure sound science dictates the regulation here and that regulators are aware of the importance of glyphosate when it comes to keeping EU and UK farmers competitive and how it can help farmers reduce their carbon footprint when it comes to reducing cultivations and drying crops,” [Smith said.] 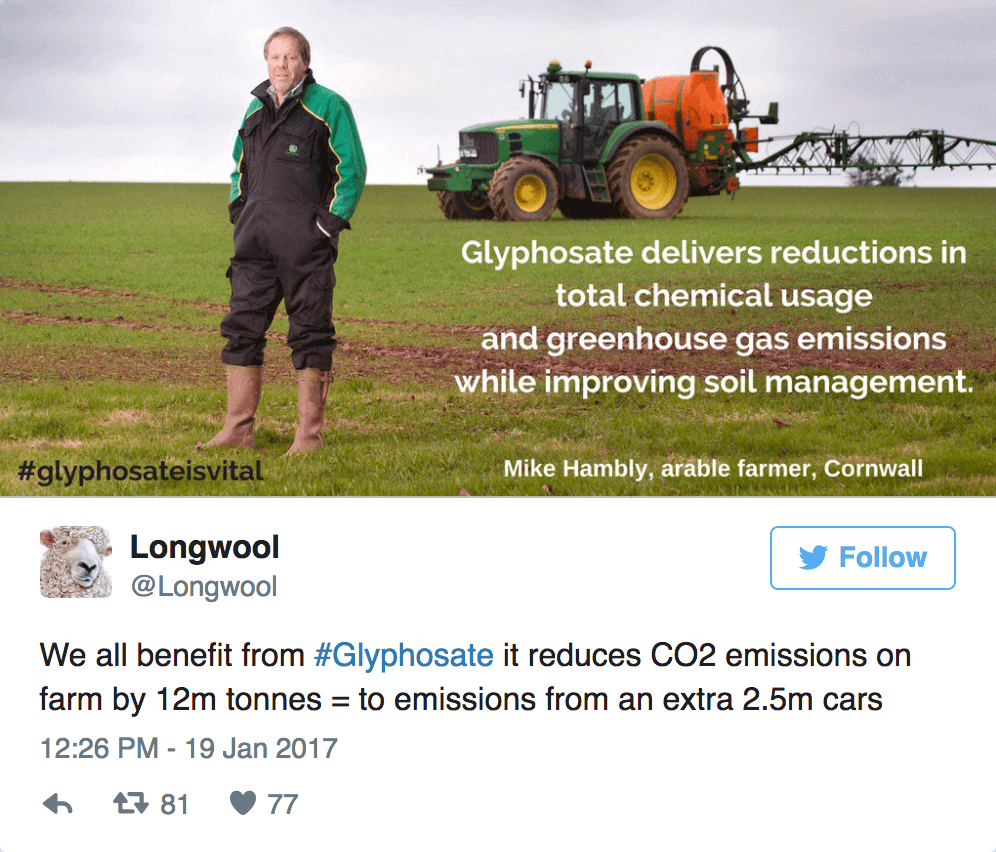 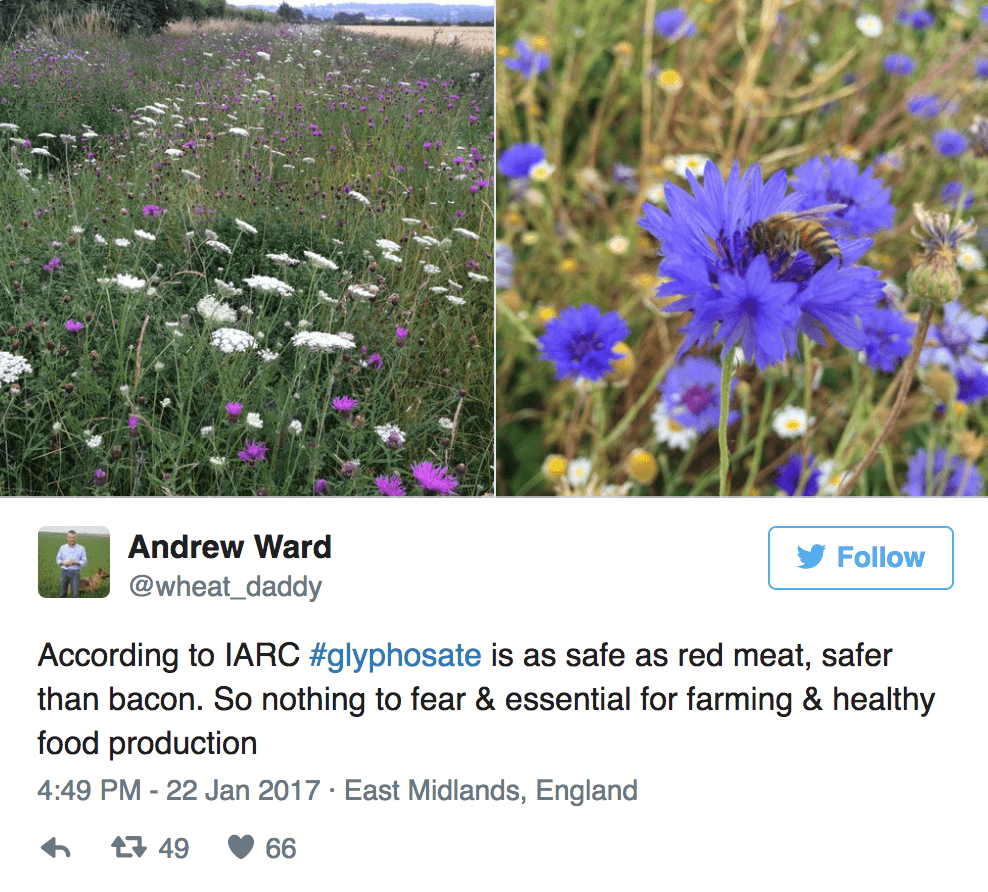