I am pleased to announce the launch of a new series of Infographics, called GMOs Revealed, that will explain how genetically engineered traits work using accessible images, text, and backed by scholarly references. The benefits, challenges, and impacts of these traits will be discussed so that anyone who wants to learn about or discuss this technology can get on the same page. The first graphic in this series covers Bt, which provides resistance to insects in four different crops around the world, with more traits coming to this series in the near future. 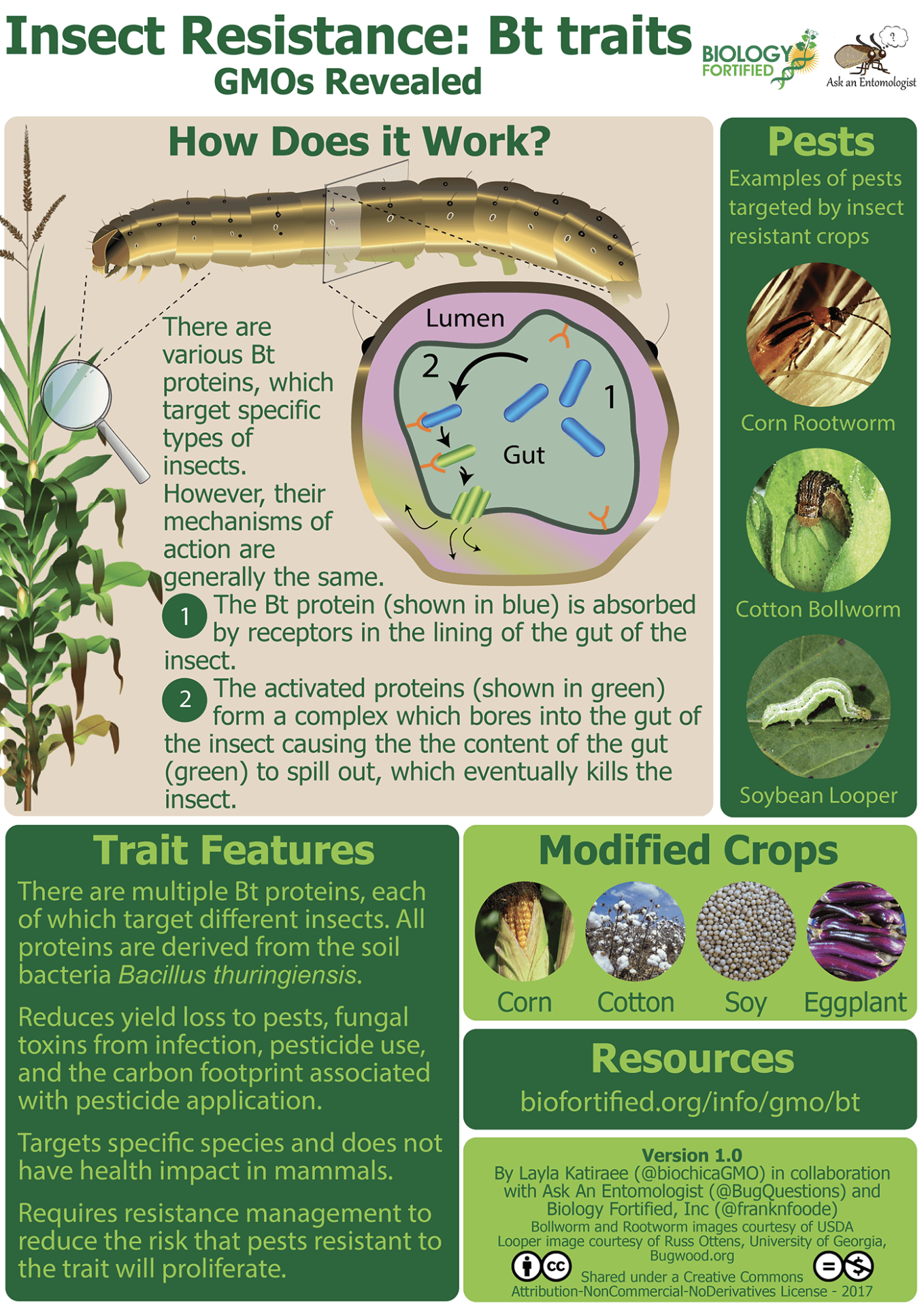