When I met the director of medical affairs at genetic testing company Counsyl in fall 2014 and he told me about their “family prep screen” that tests anyone for carrier status for 100+ single-gene diseases, I thought it was a great idea. The ob/gyn practice I’m affiliated with soon adopted it, although demand hasn’t been strong – genetic testing isn’t something that generally occurs to people unless they have a family history of a condition. But that may change with two new committee opinions from the American College of Obstetricians and Gynecologists (ACOG). The organization has broadened its 2015 recommendations to greenlight offering testing to anyone.

Before we gained the ability to rapidly test for mutations in many genes at once, decisions on who to test for carrier status were largely based on economics, which depended on disease prevalence in particular groups. Two famous screens of the 1970s focused on Jewish people of Ashkenazi background for Tay-Sachs disease and on African-Americans for sickle cell disease. The fact that the former was a huge success and the latter a disaster is a long story, summarized in “A Brief History of Genetic Testing.”

Restricting testing by how people sort themselves out to procreate misses cases, because of course, DNA doesn’t discriminate. A genotype that causes familial dysautonomia or Gaucher disease does so in anyone, not just someone whose parents go to synagogue. That’s a big factor driving “pan-ethnic” (everyone) genetic screening, plus the increased mixing of ancestries since the 1970s and the plummeting cost of mutation detection.

The new ACOG recommendations highlight cystic fibrosis, spinal muscular atrophy, and hemoglobinopathies as must-test conditions because they are the most common. In selecting others, the committee recommends that an included condition have a carrier frequency of 1/100 or greater (disease prevalence of 1 in 40,000 or more), has symptoms requiring treatment, and can be diagnosed prenatally. A prenatal diagnosis can be used to make pregnancy, labor, and childbirth safer, but can also be used as the basis for terminating the pregnancy. (The opinion does not explicitly state this, referring to a vague “pregnancy management options.”) 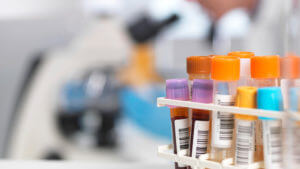 Testing before pregnancy allows use of assisted reproductive technologies to minimize risk, such as using sperm or egg donors or selecting the healthiest embryos with pre-implantation genetic diagnosis. The statement also advises that test panels not include conditions with adult onset.

So, what are the pros and cons of expanded carrier screening covering many genes? Each of us has about 175 gene variants that could cause disease if present in two copies, so tests for hundreds of conditions are bound to turn up something. Still, in most cases, results will be reassuring. This is what happened for Suzanne and Michael (real people but made-up names to protect their privacy.)

Michael had taken a 23andme test panel years ago and found out he is a carrier for Canavan disease, a severe brain disorder, and Suzanne has a cousin whose child has Pompe disease, another serious condition. So when the couple was considering parenthood, Suzanne had the Counsyl test – and was negative for Canavan and Pompe. Phew.

Suzanne and Michael had carrier screening because they already knew what to look for. But testing people without known genetic disease histories or information can lead to unpleasant surprises, which is one reason why genetic counseling is essential. This was the case for a pregnant woman who emailed me recently.

Carrier screening revealed that Nicole (not her real name) has an “intermediate” variant for the FMR1 gene, which causes fragile X syndrome, which accounts for many cases of inherited intellectual disability and autism. Fragile X is a classic “expanding triplet repeat” disorder. Unaffected individuals have five to 44 repeats of the DNA sequence CGG at a certain part of the gene. Affected people, typically male, have 200 to 2,000 CGG repeats. In women with a “premutation” of 55 to 200 repeats, the gene can expand so that a son has the full-blown syndrome. But women who have 45 to 54 repeats fall into a grey area called “intermediate.” That’s what happened to Nicole – she had 45 repeats. The worst-case scenario is a fetus in whom the mutation expands into a premutation, but only direct testing of fetal cells, via amniocentesis or CVS, will provide that answer. She and her partner are awaiting results now.

The ability to test everyone for carrying hundreds of inherited conditions is now reality. Several companies offer variations on the theme, such as the Inheritest Carrier Screen and the Progenity Pan-Ethnic Carrier Screening panel. Medical centers are on board too, including Emory University and the Icahn School of Medicine’s NextStep Carrier Screening.

Perhaps the lessons learned from pan-ethnic expanded pre-conception and prenatal carrier testing will help us deal with the time, not very far off, when we all carry around our personal genome information on our smartphones.