Epigenetics Around the Web: Epigenetics and health in 2030, botched vitamin B cure, and more

This week’s features: Vitamin B still won’t protect you from air pollution, and epigenetics in the city of 2030. Plus, see what’s trending on the Epigenetics Literacy Project.

With the rise of the wearable fitness trackers and the amount of data we all capture and share relating to our behavior, activity and mood, it’s reasonable to suggest that healthcare providers in smart cities will soon plug into epigenetics.

What will New York City be like in 2030? More eyesore buildings? Probably. More efficient public transportation? We can dream. Half underwater? Possibly. Driven by epigenetics data? It’s still unclear exactly the role that epigenetics could play in tracking and improving health, but as we see the revolution unfolding, it is plausible.

In his article entitled “The city in 2030”, Adrian Bridgwater described how the modern city will be powered by smart technologies and big data. He also noted several of the advances cities already have made:

We can already control traffic flows with cameras and smart traffic lights that have a degree of computer reasoning power. We also can construct buildings with smart meters for power monitoring and the ability to run subdued lighting in unpopulated zones. 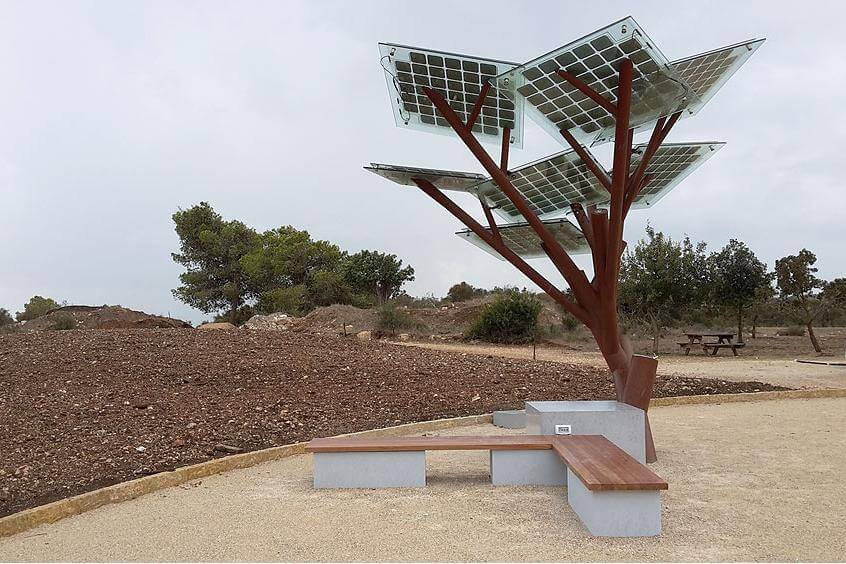 My personal favorite is in Dubai, which has “plastic solar-powered palm trees that pump out WiFi.” But if this is what we already have, what can we expect next? For an answer, Bridgwater asked Nathan Berkley, chief executive of Muhdo, a company offering genetic profiling for health and fitness. Berkley said smart cities in the near future “will be designed with sympathy for our human epigenome.” But what does that mean? Bridgwater explained:

With the rise of the wearable fitness trackers and the amount of data we all capture and share relating to our behavior, activity and mood, it’s reasonable to suggest that healthcare providers in smart cities will soon plug into epigenetics.

Berkley and Bridgwater made several mistakes in their explanation of epigenetics and biology. For example, Bridgwater said that epigenetics, “that identical strands of DNA can develop into different specialized types for different tissues,”–which is actually not true of epigenetics. However, their overall vision for the future of epigenetics is not so far-fetched.

Several studies have found that epigenetic tags (also known as modifcations) on DNA may reliably diagnose certain diseases (cancer, for example), identify the progression of other diseases (HIV/AIDS) and even serve as a gauge for overall health. Much of the work in this field has been done by UCLA biologist Steve Horvath, who invented what is known as the ‘epigenetic clock’. Horvath has developed an algorithm that interprets the manner in which epigenetic modifications (in particular methyl groups) assemble on certain regions of the genome. (For more information read my coverage of the epigenetic clock here.)

There is still a lot of work that needs to be done to determine to what degree these modifications could affect health, but there is mounting evidence suggesting epigenetic tags can be used to track, diagnose and monitor diseases.

Vitamin B won’t protect you from air pollution

In the March 20 EATW, I criticized the BBC for covering a small study that claimed vitamin B could protect against the ill effects of air pollution. I noted that the study relied on a very small sample size, used artificial air pollution, fed the subjects high levels of vitamin B and looked at mitochondrial epigenetic changes–a controversial science.

My chief criticism was directed at the BBC and environmental correspondent Matt McGrath, who in my opinion should not have covered the study because of its obvious flaws, I wrote at the time:

But McGrath exercised poor journalistic judgment in deciding to cover this study. By publishing a story on such a weak study in a large outlet, it elevates the study’s importance. Thousands of studies are published in science journals every month, so the BBC’s decision to publish a story is a signal to the reader that it is significant. But this study was too weak, too small and relied too heavily on controversial science to be elevated to the public’s attention. Journalists covering science need to be more responsible when deciding what to cover.

The BBC wasn’t the only major new organization to cover the story; several others did as well, including CNN. A month later, coverage of the study had spun out of control.

That’s how the Times of India, whose IndiaTimes online site has 44,600 followers on Twitter and over 6 million on Facebook, covered the study in a post on April 13. This title is irresponsible. The study in no way supports this claim and the the researchers would not endorse this interpretation. In fact, the study’s lead author Jia Zhong from Harvard School of Public Health told BBC that vitamin B could potentially serve as a compliment to other protective measures. IndiaTimes is sending a message to the public that they shouldn’t worry about pollution because a simple pill will protect you. This is definitively not true. 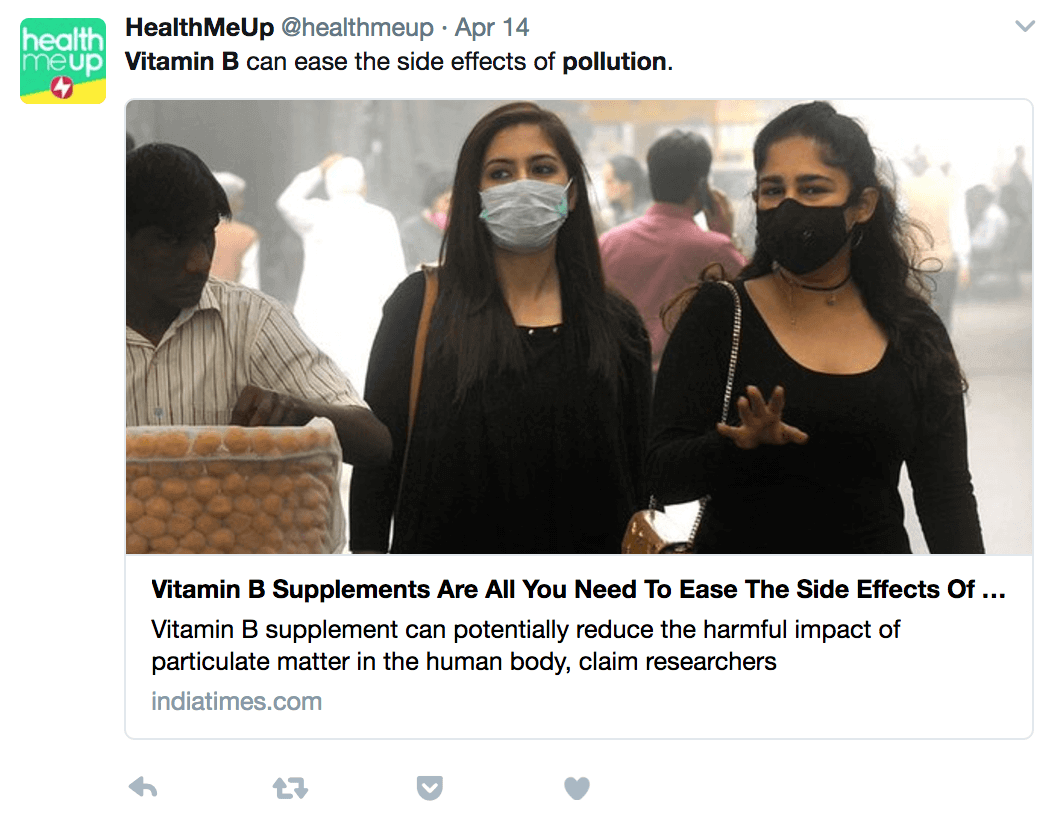 I still see the BBC as largely to blame for this. Smaller news organizations often take their lead on which stories to cover from larger players — especially when it comes to scientific studies. The BBC told the world this study was worth covering and worth reading. A month later the Times of India followed suit, and botched it as well.

The reality is that the science of epigenetics is far from settled and journalists need to be careful with the messages they send when writing on the subject. Studies with weak findings (like this one) should not be covered because of the risk of sending an irresponsible message to the public.

“Ultimately, we envision that these methods will provide information on how altered regulation of gene expression contributes to disease, drug response, and regeneration,” co-corresponding authors Charles Gersbach, Timothy Reddy, and Gregory Crawford, and their co-authors wrote.

Traditional methods of controlling mosquitoes usually involve spraying pesticides. Genetically engineered mosquitoes may soon be an option too. But both of these have drawbacks. A new study finds that targeting gene expression may be an effective option.

Breakthrough or bust? Examining the science and pseudoscience of epigenetics

The boom in epigenetics scientific papers in recent years has caused a great deal of confusion. Many are confused as to what the science says and does not say about epigenetics.