Science writers have long suspected that the anti-GMO movement is linked to the anti-vaccine movement. Indeed, both are predicated upon one of the biggest myths in modern society: “Natural is better.”1

In an interview with Science, Seth Mnookin recalled how a public health official warned him that anti-vaxxers were particularly prominent in locations that had a Whole Foods. Mr. Mnookin concluded, “It’s those communities with the Prius driving, composting, organic food-eating people.”

So, that’s why it wasn’t surprising when March Against Monsanto, a group that opposes GMOs, became a full-blown, anti-vaccine conspiracy movement. In general, wherever there are anti-GMOers, there is a receptive audience for anti-vaccine activism, as well. 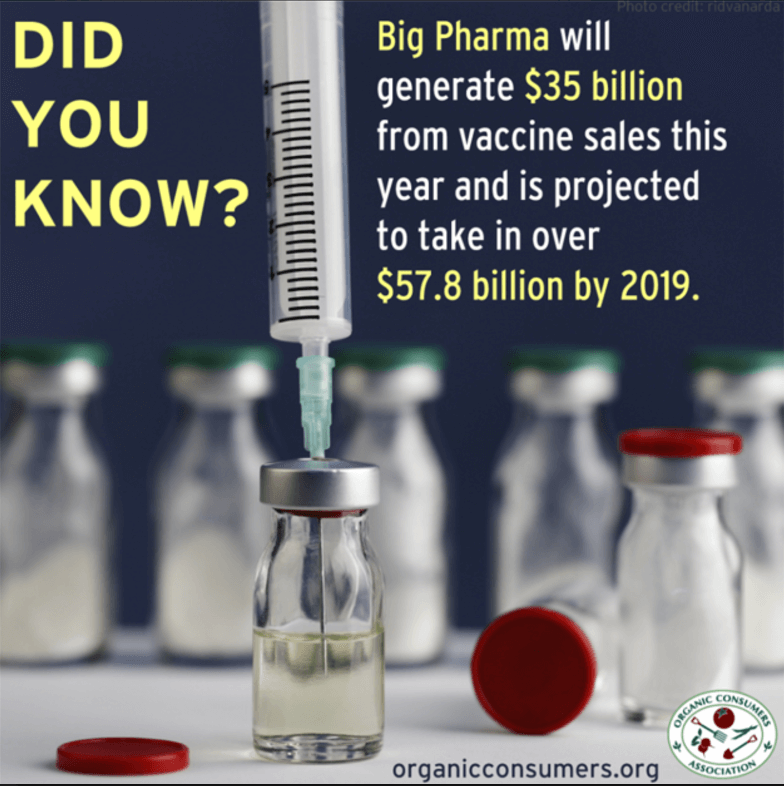 The Organic Consumers Association [Read GLP profile here], a trade group that promotes organic food by lying about conventional agriculture, opposes all kinds of 21st (actually, 20th) Century technology. Not only does it rail against GMOs, pesticides, and “chemicals,” but it opposes basic safety measures such as food irradiation. And it also opposes vaccines.

Currently, there is a measles outbreak among a Somali immigrant community in Minnesota. It happened because anti-vaxxers have convinced this vulnerable minority that vaccines cause autism. Vaccination rates fell, and predictably, an entirely preventable disease has made a comeback.

This is pure evil. There’s simply no other word for it. Who is responsible? According to NPR, various anti-vaccine groups, such as:

The Organic Consumers Association is opposed to vaccines. Why is this not a surprise?

Are Anti-GMOers and Anti-Vaxxers the Same People?

The Organic Consumers Association has made a friend in Gary Ruskin, an anti-GMO activist who operates the website U.S. Right to Know. The OCA has given his organization more than $400,000 to lie about GMOs. He was a good choice to carry out their war on modern biomedical science, since Gary isn’t constrained by things like facts or even basic decency. Last week, he made news for promoting Russian propaganda on his Twitter feed.

All of this raises very important questions about the anti-GMO movement and Gary Ruskin in particular: Are anti-GMOers also anti-vaxxers?2 If not, then why do they take money from anti-vaxxers?

So far, Gary won’t answer the question. We don’t expect him to. 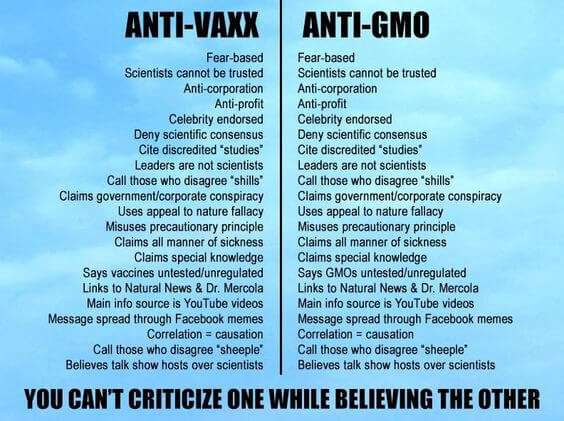 A version of this article was originally published on the American Council on Science and Health’s website as “Gary Ruskin, GMO Labeling Movement Funded By Anti-Vaxxers” and has been republished here with permission from the author.

Alex Berezow is a microbiologist and a senior fellow of biomedical science at the American Council on Science and Health. He is a science writer whose work has appeared in BBC News, the Economist, and USA Today, and was the founding editor of RealClearScience. He holds a Ph.D. in microbiology. Follow him on Twitter @AlexBerezow