Organic Consumers Association (OCA) led by Ronnie Cummins is listed by the USDA as an “organic agricultural products marketing and trade resource” organization.[1] OCA is one of the most aggressive of North America’s anti-GMO activist groups and its website contains advertisements for a wide variety of organic products and alternative medical ‘cures’.

OCA touts on its home page that it is “campaigning for health, justice, sustainability, peace, and democracy.” However, many of the causes and organizations that it supports are controversial at best and fringe at worst.

OCA campaigns relentlessly against many aspects of conventional agriculture and biotechnology in particular. It has contributed $554.000 to start up and fund the US Right to Know organization, which targets scientists and science communicators with controversial Freedom of Information requests in an attempt to tie them to the biotech industry.

Following the outbreak of COVID-19, OCA began promoting unsubstantiated conspiracies about the origins of SARS-Cov-2 and the vaccines developed to mitigate the virus.

…the OCA frequently reposts articles from woo-pushers and conspiracy theorists such as Joseph Mercola, NaturalNews, and Alex Jones on subjects such as water fluoridation, food irradiation, 9/11 conspiracy theories, raw milk, vaccines, homeopathy, nuclear power, and more. Their position on all of those subjects is in line with appeals to nature and contrary to the scientific consensus. They have a long history of using fearmongering and pseudoscience to push their agenda of converting the world to organic agriculture. Anyone who disagrees with them is labeled a shill.

OCA’s original name was the “Pure Food Campaign” (in 1988) when anti-technology futurist Jeremy Rifkin at the Foundation on Economic Trends helped launch the initiative as a spin off of their “Beyond Beef” initiative with Andrew Kimbrell.

Kimbrell and Cummins spun off their campaign into a new organization called the International Center for Technology Assessment, from which the Pure Food Campaign was later spun off to become the Organic Consumers Association. One of OCA’s stated goals is to achieve 100 percent organic agriculture in the next 50 years[2] and the group tackles a range of issues which disparage conventional production (including conventional pesticide use, animal welfare and corporate control of farming), its major area of focus for the past 10-plus years has been GMOs. 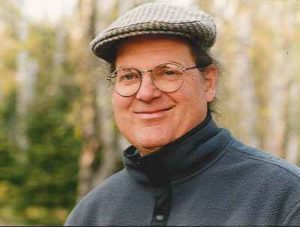 OCA founder Ronnie Cummins got his start campaigning against animal agriculture with Andrew Kimbrell at the Foundation on Economic Trends, then later as part of the Center for Food Safety. OCA was formally recognized as a separate 501c3 entity by the IRS in 1998. They added the 501c4 campaign organization Organic Consumers Fund (OCF) in 2002 to engage in political lobbying and ballot initiative campaigns.

OCA’s claims their membership database to contain between 850,000 and 2,000,000 names and email addresses, and OCA “partners” include at least 3,000 food co-ops and organic retailers. The group cloaks its agenda in the guise of food safety, children’s health, fair trade, and environmental sustainability, but its principal aim is to promote the demand for organic retail products.

To raise money, Cummins has cast Monsanto as villain (along with other biotech companies). OCA has also been critical of large-scale organic marketers including Dean Foods and Aurora Organic Dairy. Its stated reason is that these companies have “corporatized” organic in a way that has strayed from the movement’s social justice mission. That criticism generally reflects the fact that larger organic companies’ have been reluctant to contribute money to his cause. OCA also maintains a 501c4 political lobbying arm.

OCA also funds attack NGOs, such as the U.S. Right to Know (USRTK), a group specifically established, with $47,500 in seed money from OCA, to target biotechnology researchers by using the Freedom of Information Act. Science magazine likened this tactic to Climategate, in which global warming deniers attempted to smear climate change scientists by abusing the Freedom of Information Act.

Via OCA and their OCF lobbying arm this group engages in various grassroots campaigns attacking GMOs, pesticides and other non-organic conventional agriculture practices funded by their organic food and alternative health and supplements industry “sponsors.” Their claims range from GMOs are killing bees and butterflies to allegations that consumers can protect themselves against Mad Cow Disease by purchasing organic meat. They oppose the pasteurization of milk and promote the raw milk movement.

They promote their campaign claims via partnership with a range of commercial organic, natural product, herbal supplement and alternative health marketers including Mike Adams Natural News, Joe Mercola’s Mercola.com and via joint advocacy initiatives with groups like the Weston A. Price Foundation and Greenpeace [6] and frequently repost stories from “junk” sites that attack science journalists or science journalists that have critiqued OCA’s practices or allies. Their anti-GMO campaigns include the “GE Food Alert” partnership with Friends of the Earth, Center for Food Safety, Institute for Agriculture Trade Policy, National Environmental Trust, and various state Public Interest Research Groups[7]

OCA leadership also engages in anti-vaccine campaigns promoting claims that vaccines are dangerous and opposing measures to make vaccinating children mandatory[8] [9] and claim there are no long term benefits to vaccines.[10] Cummins calls therapeutic antibiotics in animals “a slippery slope,” writing that its use would “undermine consumer confidence in organics. It’s the same position [I have] as on human vaccines. They are dangerous, and that’s why I didn’t vaccinate my kid.”

Since the 2020 outbreak of the SARS-Cov-2 virus, Cummins and OCA donor Joseph Mercola, a well-known anti-GMO activist and alternative medicine proponent, have made increasingly alarmist (and disproved) claims about the virus’ origins as well as about the vaccine’s safety and effectiveness. In a new book, Cummins and Mercola claim that the virus was engineered not just in a lab, but a bioweapons lab in Wuhan, China. Of course, published reports show that genetically, the virus could not have been engineered and is more likely the result of a “spillover” from bats and other animals.

The book further claims that all virus data (PCR tests, case counts, mortality, vaccine efficacy) is manipulated, and that the vaccines are not effective and in fact unsafe (although worldwide cases have decreased and new data on existing vaccines underscore their ability to safely stave off disease). The authors further allege that regulators, drug companies and possibly “global elites” have suppressed simple, cheap ways to prevent and treat COVID-19, just to encourage acceptance of vaccinations (which themselves are simple and at least for consumers, inexpensive).

Claiming, “Organic Consumers Association wants a moratorium on genetically engineered food and encouraging organic food. Stop GMO pollution” this was the first campaign of OCA launched in 2008 with the PureFood.org website set up by OCA consultant Steve Urow of Green People.[11]

OCA’s “Millions Against Monsanto” campaign initially never drew more than a few hundred supporters to any single protest, but that didn’t stop Cummins from branding it in a grandiose fashion. OCA was one of the few members of the coalition that cooked up the StarLink corn scare, and it was through this exercise that they demonstrated the effectiveness of discipline in online grassroots organizing. In 2000 when the National Organic Standards began to take shape, Cummins (armed with money from Aveda founder Horst Rechelbacher) organized thousands of organic food devotees to deluge the USDA with political ultimatums. In a later newsletter, he claimed the USDA had “given in to most of the demands of the organic community.”

The Safeguard Organic Standards (SOS) campaign focuses on attacking large corporations investing in organic production. OCA claims these commercial players want to lower standards to claim their foods are “organic” and can market them accordingly and sell them to an unaware public. The campaign targets various companies, including Horizon and Aurora organic dairy products, such as the brand Silk (soy milk).

OCA claimed, “In late 2005, despite receiving over 350,000 letters and phone calls from OCA members and the organic community, Republican leaders in Congress attached a rider to the 2006 Agricultural Appropriations Bill to weaken the nation’s organic food standards in response to pressure from large-scale food manufacturers.”

OCA’s national advisory board has included Will Allen, the Vermont farmer and author of The War on Bugs; Maude Barlow of the Council of Canadians; Jay Feldman of the National Coalition Against the Misuse of Pesticides; Jim and Rebecca Goodman, the Wisconsin organic farmers who have been plaintiffs in lawsuits covering everything from GMOs to mad cow disease; Jean Halloran of the Consumers Union; Annie Hoy of the Ashland (Oregon) Community Food Store; John Kinsman of Family Farm Defenders, Diet for a Small Planet author Frances Moore Lappé; Mad Cowboy author Howard Lyman; “La Vida Locavore” blogger Jill Richardson, and the Indian GMO critic Vandana Shiva.

OCF does not report income sources

OCA reports giving out annual grants (2012) exceeding $500,000 to other (non-OCA) individuals and organizations both inside and outside of the United States (principally noted as Mexico and Canada).