Can consumers rely on the credibility of the USDA organic label?

When the Washington Post isn’t lighting the funeral pyre for our dying democracy, the paper is doing solid investigative work into the organic-food industry. Over the past decade, the media has largely avoided scrutinizing the $40 billion organic market. An organic-friendly Obama administration and wealthy organic-company executives who are generous Democratic-party donors boosted organic’s influence in both the government and the media, helping promote the phony narrative that organic products are healthier, pesticide-free, and locally grown.

In two articles [in May], the Post’s Peter Whoriskey exposes the dubiousness of the organic label and the alarming trend of fraudulent organic grains being imported here. For his May 1 article, “Why your ‘organic’ milk may not be organic,” Whoriskey tracked a few milk producers to see whether they followed the Department of Agriculture’s strict but weakly enforced guidelines for organic certification. Organic milk can cost twice as much as conventional milk, and, as Whoriskey correctly surmises, “if organic farms violate organic rules, consumers are being misled and overcharged.”

The Post surveilled Aurora Organic Dairy — a major milk supplier for house organic brands sold by retailers such as Walmart and Costco — and found that the company appeared to violate rules about how often the cows were grass-fed, a key differential between conventional and organic milk production. The Post had several organic milk samples tested to measure for two fats that are more prevalent in organic milk (although in amounts inconsequential to human health), and most fell short. Whoriskey says that the integrity of the organic label rests on “an unusual system of inspections” that the head of the USDA’s organic program calls “fairly unique.” Organic producers pay a private inspector, approved by the USDA, to certify their products as organic; the agency checks in on those inspectors every few years. The USDA has only 82 certified inspection firms to supervise a massive organic supply chain of more than 31,000 farms and businesses worldwide. This leaves plenty of room for error and fosters a pay-to-play climate that benefits producers and inspectors at the expense of unwitting consumers. 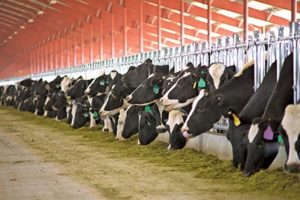 The burgeoning organic market has also created a huge demand for imports here. (We are a net importer of organic goods; so much for “locally grown.”) Most alarming is the importation of allegedly organic grains from Ukraine, Turkey, India, and China, countries with uncertain food-safety standards, to use as animal feed. Any organic meat or animal by-product, such as milk or eggs, must be sourced from animals fed organic-only grains. Since nearly all the corn and soybeans grown in the U.S. are from genetically engineered seeds — and therefore forbidden under federal organic standards — the organic versions of those grains are now being shipped here from around the world. In 2016, we imported $160 million in organic yellow corn, a 400 percent increase just since 2014, and $250 million in organic soybeans, a 75 percent increase in two years.

But the Post investigated what some have questioned about these imported organic grains: their authenticity. In his May 12 bombshell article, Whoriskey reveals how 36 million pounds of soybeans from Ukraine, shipped through Turkey to California last year, “underwent a remarkable transformation” from conventional to organic. The fraud increased the value of the beans by $4 million, since organic grains are worth more than non-organic. Whoriskey found that at least 21 million pounds of the phony organic soybeans have already entered the food supply — a potential safety threat, since it’s unknown how these grains were grown and handled.

Related article:  No HIV vaccine yet but decades of false starts provide guidance to coronavirus researchers

The Post reported on two other fraudulent shipments of organic grains in the past year that “were large enough to constitute a meaningful proportion of the U.S. supply of those commodities. All three were presented as organic, despite evidence to the contrary.” I contacted the USDA, and a spokesman told me the agency is investigating unspecified shipments of corn and soybeans “intended for the organic market that appear not to meet the requirements of the national organic regulations or may have been exposed to a prohibited substance during shipment.” He confirmed that “enforcement actions are underway against the parties involved.” Penalties can result in a fine of up to $11,000 per violation.The problem, as Jason Kuo writes in a Post column on May 22, is that the USDA doesn’t directly oversee international organic producers. Instead, “the USDA outsources its authority to equivalent agencies in other countries, as well as third-party certifiers.” This raises the real possibility that plenty of food companies are using these questionable grains to claim that their products are organic when they are not, and then sell them at a premium. 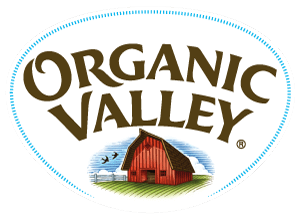 For example. Organic Valley is the largest producer of organic dairy in the U.S., selling milk to other organic companies such as Stonyfield Yogurt. Miranda Leis, Organic Valley’s feed coordinator, told me that “on the rare occasions when we are forced to buy imported feed due to domestic shortages, we use two trusted sources that trace certified shipments directly back to the farms where the feed is grown.” However, in a 2015 e-mail to me on this same subject, Organic Valley verified that their farmers might use imported grains that “likely originated” from countries such as Turkey and Romania, which should raise questions about their authenticity (that’s not to say the company used the fraudulent beans, only that all of these imports should now be suspect.) But Luo points out that the U.S. does not recognize the national regulator for Turkey, which should give all organic purveyors reason to doubt the legitimacy of those grains. All of this underscores the inanity of the organic system. Why would anyone trust soybeans from India more than soybeans from Indiana? Furthermore, importing grains grown in abundance here betrays the central appeal of organic: There is nothing “local” or environmentally friendly about shipping in millions of pounds of grains we don’t need.

The organic industry has long peddled the myth that its food is healthier and better for the environment. Consumers buy organic because they wrongly believe it’s grown locally and without pesticides. Now there are serious questions about whether most of the pricey products labeled by our government as “organic” actually are. This scam requires more than a few solid newspaper investigations. The federal government, particularly our new agriculture secretary, Sonny Perdue, should take a much closer look at this system, and consumers should take a second look at what they are buying.

A version of this article appeared at National Review as “When ‘Organic’ Food Isn’t” and has been republished here with permission from the authors and the original publisher.