Are your food choices killing you?

“Sugar in ‘health foods’ nearly killed me,” ran  the headline in London’s Daily Telegraph. It was a review of a documentary in what might be called the “this food will kill you” genre. Hardly a week goes by without a screaming headline about how the risks of cancer and other diseases are raised by eating, drinking (or not eating or drinking) one food or another. Over the past 20 years, books and documentaries make the case that salt, fats, cholesterol, GMOs, high fructose corn syrup, or in this case sugar itself is the driving cause of obesity, cancer or some other malady.

As in the case of this flawed and misleading film, the problem, and the purported reasons for the problem, are misunderstood, distorted, exaggerated or even fabricated, often because of ideological biases. But it’s sometimes because of the nature of the studies that journalists relied upon to make their case. They are often thinly researched or problematically documented.

A much more sober Genetic Literacy Project story showed the problems with one such study — it purportedly showed how drinking orange or grapefruit juice raised the risk of melanoma by about 25 percent on average. While this experiment was well-constructed, it illustrated the problems that often show up in nutrition/disease research: you have to understand how the math works. 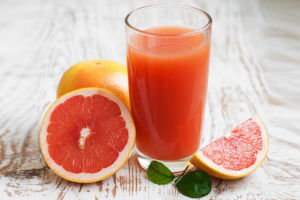 As the study stated, it applied a relative risk (the 25 percent part) to a skin cancer that is somewhat rare (about 1-2 percent of the population). But instead of multiplying 25 percent by 2 percent and getting a 2.5 percent absolute risk of getting melanoma after drinking a grapefruit a day, most media reports focused on the 25 percent.

The study did illustrate the need for better, more biologically based ways to measure not only how much of a given food is consumed, but how that food is metabolized and can somehow contribute to the risk of disease. To find this tool, many researchers have been turning to biomarkers.

“Biomarker” is a rather loose term for any body function you can measure. A blood pressure reading is a biomarker, as is a cholesterol or prostate-specific antigen test result. In breast cancer, genetic mutations such as those in the BRCA1/2 genes are biomarkers. For nutrition, such biomarkers can determine the physiological effect of a change in diet, including the onset of disease. But nutritional biomarker research is much more challenging, because factors like age, genetic background, environment and even individual variation in metabolism can affect how a biomarker works. This in turn could impair its ability to predict the risk of anything, much less disease.

Nutritional biomarkers could eliminate the problem of determining accurate intake of a certain food. In the citrus-melanoma study, the researchers used data from two large, highly respected studies: the largely female Harvard Nurses Study and the male focused Health Professionals Follow-Up Study. In both of these, study managers used the traditional method of questionnaires to determine the amount of food ingested. But there’s a problem with that — people often don’t remember exactly what they ate. And, scientists have confirmed that many other people lie about what they eat in surveys.

Several scientists have been searching for biomarkers that could accurately measure the amount of food consumed. For example, a group at Imperial College London suggested that citrus consumption could be measured by a chemical called proline betaine, a chemical they identified as a strong indicator of citrus fruit consumption (and which could be measured by a urine test). A more recent study found several other potential biomarkers that could determine food consumption (like coffee, tomato, citrus or oily fish), but acknowledged that significant challenges remain in validating these markers. 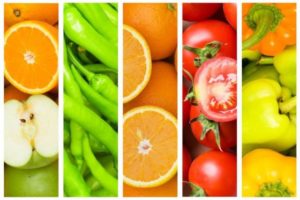 The citrus-melanoma study also showed a need for biomarkers that could determine the true risk of disease (assuming the accuracy of dietary intake has been worked out). One possible chemical link between citrus and disease is psoralen, a group of molecules that are known to oxidize molecules (and hence, could play a role in cancer). In fact, psoralens have been used for years in UV treatment of psoriasis, and non-melanoma skin cancers are a possible adverse effect of that treatment. But other markers show the cancer-fighting benefits of citrus:

These findings may show why, in the citrus-melanoma study, drinking citrus juice but not eating citrus showed the cancer connection. They also underscore not only the need to determine nutritional markers that indicate disease, but also to accurately determine what is being taken in, how much of it is taken in, and in what form.