In June, Brazil became the second country, after Indonesia, to approve the commercial cultivation of genetically engineered insect-resistant sugarcane designed to naturally ward off the potentially devastating sugarcane borer. The borer causes an estimated $1.5 billion in losses to Brazilian farmers each year.

“Breeding programs could not produce plants resistant to this pest, and the existing chemical controls are both not effective and severely damaging to the environment,” said Adriana Hemerly, professor at the Federal University of Rio de Janeiro.

Centro de Tecnologia Canavieria SA (CTC), which developed the Bt sugarcane, is conducting research to add additional traits that could, if approved, make the sugarcane resistant to another insect and tolerant to targeted herbicides.  CTC has estimated it will take at least three years for the first sugar produced from the sugarcane to be exported. Brazil could be the first nation to sell GE sugarcane commercially, since Indonesia has not yet started growing the crop.

Brazil exports sugar to about 150 countries and some 60 percent of them do not demand regulatory approval to import sugar made from genetically modified organisms.

Bt sugarcane will be the fourth GE crop produced in Brazil following the introduction of soybeans, corn and cotton. Brazil first began to grow GE crops in the early 1990s when farmers in the south imported GE soybean seeds from Argentina. However, in 1998, the government banned the sale of GE crops after protests from anti-biotechnology advocacy groups and a lawsuit from the Brazilian Institute for Consumer Defense.

In 2003, the government lifted the ban and in the same year issued labeling requirements that required producers and sellers to identify GE ingredients if they contain more than one percent of raw material derived from GE crops. The Biosafety Act passed in 2005 outlined the regulations for biotechnology agriculture research and created the Brazilian Technical Committee of National Biosafety to oversee the biotechnology industry and approve all field tests. 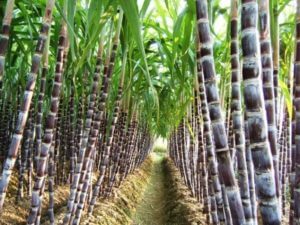 Farmers in Brazil have embraced the technology. According to the International Service for the Acquisition of Agri-Biotech Applications (ISAAA), Brazil is the second largest producer of GE crops after the US, and accounts for 26.5% of global hectarage— up from 18.9% in 2011.

The government is actively encouraging research and development for additional GE crops.  According to the most recent USDA Report on Brazil’s Agricultural Biotechnology, “Currently, there are a number of biotech crops in the pipeline waiting for commercial approval, of which the most important are sugarcane, potatoes, papaya, rice and citrus. Except for sugarcane, most of these crops are in the early stages of developments and approvals are not expected within the next five years.”

GE dry edible beans, which were approved for cultivation in 2011, are expected to be commercialized sometime this year, as is GE eucalyptus, approved for cultivation in 2015. Some environmental NGOs such as Greenpeace, GM Watch, ASPTA (Advisory Services for Projects in Alternative Agriculture) and the World Rain Forest Movement, and some consumer organizations, still aggressively oppose the technology.

The ASPTA says it remains opposed to the use of GE seeds because “the technology is not necessary”, threatens the diversity of native seeds, could lead to the contamination of organic and conventional crops, increases market concentration and an oligopoly of the seeds markets, increases the use of herbicides, increases farmers’ “dependence on a technology package that forces seed purchases for many years” and “causes already confirmed environmental risks and others that are unpredictable.” 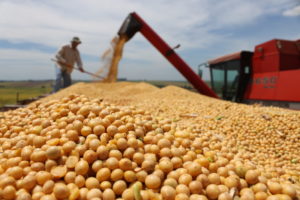 Brazil’s commitment to GE biotechnology has enabled it to solidify its position as one of the major agricultural producers in the world. This is particularly important as agriculture has been one of the bright spots in a dismal economy undermined by political scandal and a sharp fall in the prices of Brazil’s non-agricultural commodities such as iron ore and oil.

GE crops have become a major pillar of the economy. They are likely to become even more important in coming years as new GE crops are commercialized. GE eucalyptus trees, for instance, grow 40% faster than the traditional variety and can be used for paper, as fuel pellets for power stations and potentially to fuel cars.

Related article:  Some African scientists fear the continent will be left behind as gene editing transforms food production

Stanley Hirsch, chief executive of FuturaGene, an Israeli biotech company that has been involved in developing eucalyptus trees in Brazil, noted, “If you can increase yields by 40%, you can greatly reduce prices.  Eucalyptus trees are harvested at seven years – in Brazil we are looking to produce the same sized trees in 5.5 years.”

Researchers also have developed an edible GE bean resistant to the golden mosaic virus. Annual losses from the disease vary between 90,000 tons and 280,000 tons. Reducing the losses is of particular importance as beans are a major staple crop in Brazil.