Alternative medicine can kill you

Chiropractic, homeopathy, acupuncture, juice diets, and other forms of unproven alternative medicine cannot cure cancer, no matter what some quacks might claim.

[A]s a new study published in the Journal of the National Cancer Institute makes painfully clear, as a treatment for cancer, alternative medicine does not cure; it kills.

A team of scientists from Yale University perused the National Cancer Database, a collection of 34 million records of cancer patients along with their treatments and outcomes, to identify patients who elected to forgo conventional cancer treatments like chemotherapy, radiotherapy, and surgery in favor of alternative medicine. 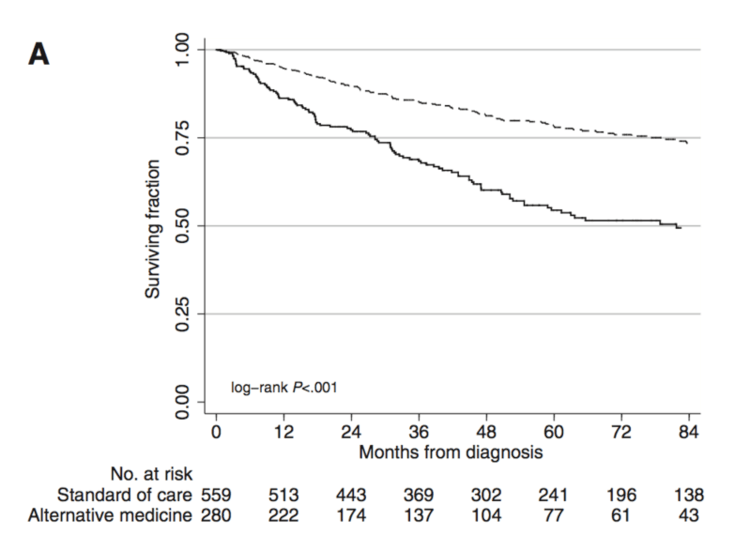