Out: meaningless warning labels. In: science and innovation.

What a difference a year makes.

[Summer 2016], the anti-GMO movement was riding high. The nation’s first GMO-labeling law had kicked in on July 1 in Vermont, forcing companies to disclose whether their products contained ingredients that were genetically modified. A few weeks later, Congress passed — and President Obama signed — a controversial bill requiring mandatory GMO labels for all food products nationwide. The legislation was the result of years of successful lobbying by the organic industry and environmentalists to alarm consumers about GMOs in their food. (Organic food cannot contain genetically modified ingredients; the organic industry wants to make GMOs sound dangerous so people will buy more non-GMO, organic goods.) It was supported by celebrities such as Gwyneth Paltrow, who starred in a press conference on Capitol Hill to endorse the measure, and it is strongly backed by Democratic politicians including former presidential candidate Bernie Sanders.

Even though the bill did not require the on-package label that activists wanted, most figured they would get their way under Hillary Clinton’s Department of Agriculture. (The USDA had two years to figure out all the details before food companies would have to comply.) Many labeling crusaders were Clinton donors and supporters; the main funder of the GMO-labeling movement was rumored to be vying for a top post at the USDA. With GMO foes populating Clinton’s USDA, FDA, and EPA, activists would have the power to demonize and perhaps even halt progress on this promising technology and necessary agricultural tool. Their future looked bright. 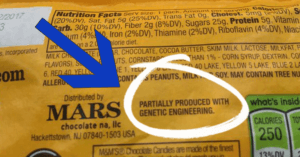 Since the election, the anti-GMO movement here has mostly fallen apart, though it is still strong in Europe. Their dream of using a government-sanctioned, GMO warning label to scare consumers into buying organic food has been crushed. President Trump’s USDA is already delaying the label’s timeline; the agency has posted 30 questions seeking input from “stakeholders” and has now extended the deadline for replies into late summer. The final rule might require companies only to print a QR code or a 1-800 number that consumers can use to get information about GMO content, a far cry from the skull-and-crossbones symbol that activists envisioned. There is even a slim chance the law could be quashed entirely thanks to Trump’s pledge to drastically reduce federal regulations.

That would be a major blow, perhaps even death knell, to this anti-science, anti-farmer, anti-common-sense crusade. Yes, there are still plenty of GMO-related tags on everything from orange juice to popcorn, but it is becoming so ubiquitous that it’s essentially meaningless. It could be the least useful and least informative label on the market. Many products that have a non-GMO label, such as canned tomatoes and even salt, have no GMO alternative — so the label is akin to marketing water as “fat-free.” Processed goods, such as soup and cereal, could have several ingredients sourced from genetically modified crops, including corn, soybean, or sugar-beet derivatives, and a GMO label does not indicate which ones are GMOs. Despite the pro-labeling faction’s claim that people have a “right to know what’s in their food,” the label as it now stands largely fails to tell consumers anything. 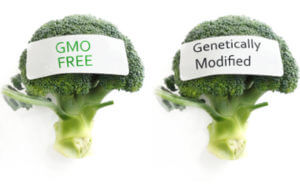 healthier and safer, even though every scientific study affirms that GMOs are safe and pose no threat to human health. Most consumers could not begin to explain what a GMO is, nor do they care. According to a Pew survey last year, only 16 percent of adults in America said that they “care a great deal about the issue of genetically modified foods.”

So after nearly a decade of activism and tens of millions of dollars spent on a politically motivated fear campaign to demonize a perfectly safe technology, the anti-GMO movement has come up empty-handed. They can expect more troubles ahead as the Trump administration pushes GMOs here and abroad. In April, Trump announced via executive order the formation of an “Interagency Task Force on Agriculture and Rural Prosperity,” headed by USDA chief Sonny Perdue, who is a strong proponent of genetically engineered crops. One goal of the committee is to “advance the adoption of innovations and technology for agricultural production.”

It is also tasked with making sure “regulatory burdens do not unnecessarily encumber agricultural production, harm rural communities, constrain economic growth, hamper job creation, or increase the cost of food for Americans and our customers around the world.” Supporters are hopeful that the

approval process for new genetically engineered plants and animals, often delayed under the Obama administration, will now be accelerated.

The FDA is preparing to launch a public-awareness campaign to educate consumers about the benefits of genetically engineered crops and counter misinformation about the technology. More than 60 business and agricultural groups have applauded the move: “Dedicated educational resources will ensure key federal agencies responsible for the safety of our nation’s food supply are able to more easily convey to the public science- and fact-based information about food.” (Although the $3 million price tag should be picked up by industry, not taxpayers.)

And under a new trade agreement with the Trump administration, China will expedite its approval of several genetically engineered seed varieties; four have already been green-lighted, and four more are under consideration. This has international consequences because many countries follow China’s lead on accepting GMO seeds.

There were plenty of political losers after November 8. Fortunately, the anti-GMO movement is one of them.

A version of this article appeared at The National Review as “Trump’s Win Squelched the Anti-GMO movement” and has been republished here with permission from the author.