A global team of researchers has zeroed in on half a dozen genes that affect the length of pregnancy, and variants of three of those genes may foretell elevated risk of premature birth. The report appears in The New England Journal of Medicine.

The researchers, led by Louis Muglia, MD, PhD, of Cincinnati Children’s Hospital Medical Center, conducted a genomewide association study (GWAS) on nearly 44,000 women who’d given spit samples and info on their pregnancies to 23andMe, which tested the DNA for patterns of nearly 16 million single nucleotide polymorphisms (single-base sites that vary among people) peppering the genome that tracked with women delivering too soon. The findings were then compared to data from 8643 mothers and 4090 infants in three Nordic birth studies to back up the associations. They did. 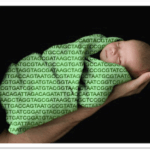 The discovery is compelling as well as potentially practical because one of the six implicated genes suggests a way to prevent preterm birth, which affects nearly 10% of all pregnancies in the US, according to the March of Dimes. A gene called EEFSEC inserts selenium into proteins that have anti-oxidant and anti-inflammatory effects, and both can affect birth timing.

Related article:  Can genetics help explain why some people make more money than others?

“Not only did the study reveal several genes linked to pre-term birth, it also identified a simple, low-cost solution – selenium supplements for expectant mothers – that, if confirmed, could save thousands of lives,” said Trevor Mundel, President of the Global Health Division of the Bill & Melinda Gates Foundation, which funded the study along with the March of Dimes, Cincinnati Children’s, 23andMe, and the National Institute of Child Health and Human Development.

Perhaps a genetic test panel can be developed to identify pregnant women at higher than average risk of having a baby too soon.