Dozens of ‘mysterious’ chemicals lurking in our ‘all natural’ fruits and vegetables?

Rutin, glycine, and beta carophyllene: if you saw these words on an ingredients list, you’d probably presume the food was artificial and very unhealthy.

But these scary-sounding chemicals are in fact found in all-natural fresh fruit.

James Kennedy, a high school teacher from Haileybury in Australia, has created ingredients lists for ‘raw’ foods that have not been processed in any way.

And they list as many as 50 different chemicals, and sometimes even more, with some very off-putting scientific names to prove that even the most natural of foods contain acids, E numbers and preservatives.

[Here is an example of 1 of 7 charts of the natural chemicals in common fruits Kennedy assembled.] 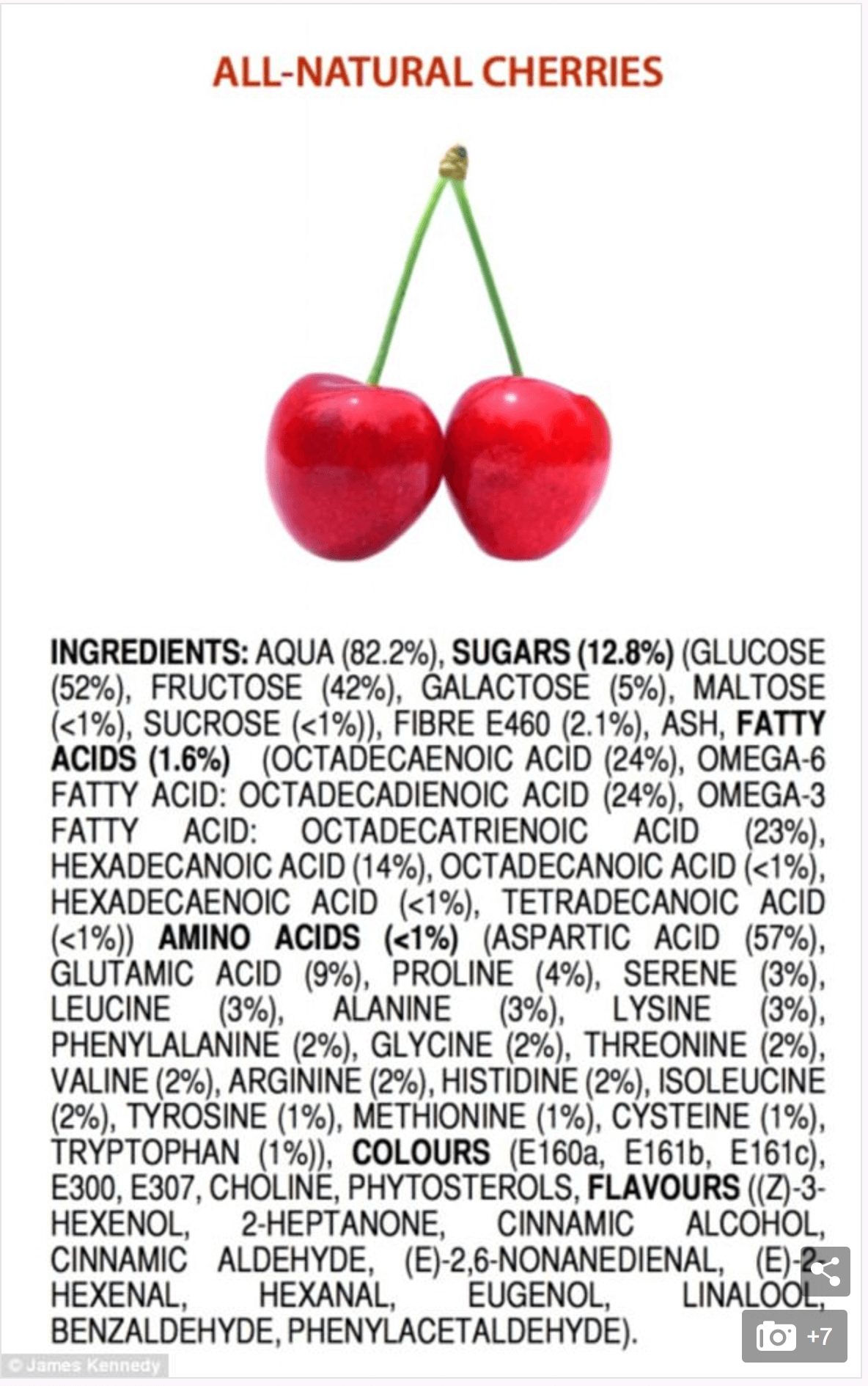 Kennedy makes the point that even so-called natural foods such as peaches and bananas are not really natural, as they’ve been genetically engineered by humans over thousands of years.

So, should we be wary of all food then?

Quite the opposite, of course, according to Kennedy.

Instead of fearing all chemicals, he wants to educate people so that they know which compounds have risks associated with them, and which are safe to eat.

The GLP aggregated and excerpted this article to reflect the diversity of news, opinion and analysis. Read full, original post: The 50 chemicals lurking in your fresh fruit