If you’ve ever questioned whether those overpriced, organic avocados from Mexico at the grocery store are actually organic, you have good reason to be wary. A blistering report issued this week by the U.S. Department of Agriculture exposes the failure of government officials to ensure the integrity and safety of organic-food imports. Over the past several years, there has been a huge spike in organic imports — particularly corn and soybeans — to keep pace with consumer demand; more than 100 countries now ship organic products here. The USDA’s National Organic Program (NOP) is tasked with making sure those countries meet our rigorous organic standards, but it is a dubious system based largely on reciprocity and good faith, not tight controls and federal enforcement.

Following a year-long investigation, the USDA inspector general found widespread problems with the NOP that could result in “reduced U.S. consumer confidence in the integrity of organic products imported into the United States.” The report cites the agency’s failure to reconcile organic standards between different countries, verify documents at U.S. ports of entry, and conduct mandatory audits of major exporters. In a revelation that should really alarm chem-phobic organic consumers, the report also found that prohibited pesticides are being used on organic shipments: 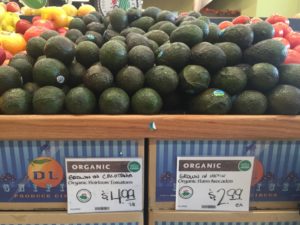 At every point in the supply chain, NOP officials dropped the ball, inviting fraud and corruption into a burgeoning food sector that falsely sells its product as being healthier, safer, and more eco-friendly than non-organic food. This means that many organic consumers pay a premium to buy imported organic foods that aren’t organic at all. If you spend more on organic beef, yogurt, milk, or chicken, you are probably being duped, since it’s unlikely those products meet all organic requirements.

It’s also very likely that most folks in the organic industry know you have been duped and are well aware of this shady international trade operation, but they turn a blind eye as the $50 billion organic business grows by double digits each year. Why should they worry whether those organic avocados from Mexico are really organic if they can sell them for twice the price of a regular one? This is the latest bruise on the $3 organic apple as the industry finally gets some overdue scrutiny. Earlier this year, the Washington Post published two investigative reports on the lucrative organic business, exposing organic-milk producers that did not meet federal regulations and tracking the importation of millions of pounds of falsely labeled organic grains from Eastern Europe. Describing shipments of corn and soybeans, Post reporter Peter Whoriskey wrote:

The three shipments, each involving millions of pounds of “organic” corn or soybeans, were large enough to constitute a meaningful proportion of the U.S. supply of those commodities. All three were presented as organic, despite evidence to the contrary. And all three hailed from Turkey.

The reason organic corn and soybeans must be imported is that meat or dairy products labeled “organic” must come from an animal fed organic grains. Nearly all the corn and soybeans grown in the U.S. are from genetically engineered seeds, which are forbidden in organic food production, and American farmers refuse to convert to raising organic crops, which entail higher labor costs, lower yields, and, now, competitive imports. So, most of the organic corn and soybeans here are imported from dubious sources. The whole thing is crazy and unnecessary because there is no material difference between organic grains and GMO grains; it’s only a growing method. But the real head-scratcher is why no one, until the Washington Post article, expressed skepticism about how Turkey suddenly became our top supplier of both organic corn and soybeans. In 2011, Canada was our No. 1 source of organic soybeans, and Argentina was our top provider of organic corn. By 2016, Turkey — a nation under major political turmoil — captured the market on both grains. So during a failed coup d’état against the Turkish president that same year, while government buildings were being bombed and mass arrests were taking place, that country decided to start shipping authentic organic corn and soybeans in record amounts to the United States? Sure.

Related article:  Viewpoint: New book "A Matter of Taste" cuts through fog of 'misinformation' around GMOs and modern farming 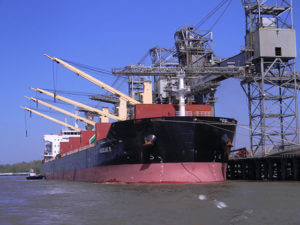 Those import stats come from the Organic Trade Association, a D.C.-based lobbying group cognizant of this questionable jump in organic imports. After the Washington Post exposé, the OTA quickly formed a task force to develop a guide that will “mitigate the risk and occurrence of organic fraud.” OTA spokeswoman Maggie O’Neill told me via email that companies must also be more involved:

While further action by NOP is necessary and can help insure supply chain integrity, industry also plays a key role in protecting organic integrity in the supply chain. Protecting the integrity of organic is a shared responsibility of the entire organic sector.

Like all good lobbying groups, the OTA will of course seek more federal money to expand the NOP and subsidize organic farmers. Congress might not be very willing. The Senate Agriculture committee is already looking into the pervasive problems with organic imports. In July, Chairman Pat Roberts (R, Kan.) held a hearing on global organic trade: “It seems that uncertainty and dysfunction have overtaken the National Organic Standards Board and the regulations related to the National Organic Program,” Roberts said.

“These problems create an unreliable regulatory environment.” The committee is expected to address some of these issues in next year’s farm bill. Although the organic lobby was powerful under the Obama administration, that is not the case with President Trump. Since the administration is looking hard at trade arrangements that hurt American farmers, there is a chance Congress could completely overhaul this scam operation. In the meantime, shoppers should think twice — at least — before spending extra money on organic food that probably isn’t.

Julie Kelly is a writer from Orland Park, Ill that writes about politics, food, agriculture and science. Follow her on twitter @julie_kelly2