Like clockwork, the controversy quickly reared its head in the comments section of the Deadline story. “This is disgusting. If HULU believes that it’s okay to push this propaganda – well, I’ll be stopping my monthly subscription to HULU,” wrote one critic. “I wonder how much they were paid to air this trash Monsanto science.”

In response, another commenter offered a correction:  “Monsanto didn’t fund this. The Institute of Crop Technologists did. It’s the trade association for crop scientists. This is quite literally a documentary funded by crop scientists frustrated at the disinformation about GMOs.” In fact, the film was sponsored by the Institute of Food Technologists (IFT), a non-profit society of over 17,000 professionals involved in food science and technology.

In his trademark measured fashion, the film’s narrator Neil deGrasse Tyson, who is known for his science “mic drops,” showed up to intervene. 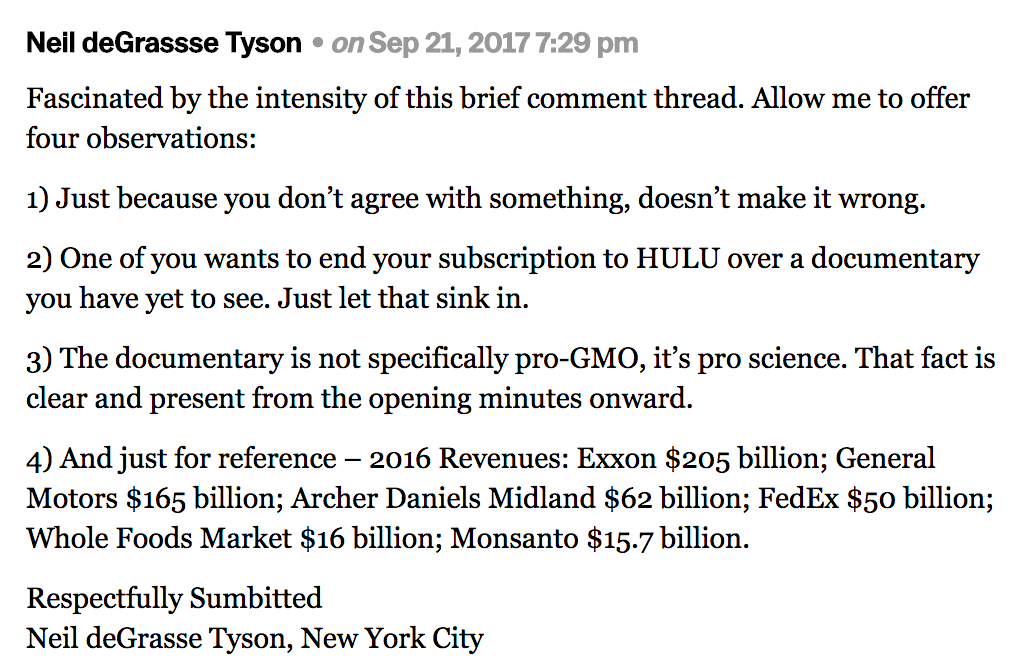