Food Evolution director Scott Hamilton Kennedy: ‘I wanted to reset the debate’ over food and farming

Tim Barker | August 1, 2017
This article or excerpt is included in the GLP’s daily curated selection of ideologically diverse news, opinion and analysis of biotechnology innovation.

The documentary Food Evolution premiered in June n New York City and has since been shown in scattered theaters around the nation. The film is narrated by Neil deGrasse Tyson, who is an astrophysicist, author and renowned science communicator. It is the result of a decision by a self-described “liberal foodie” to make a documentary about the world’s ongoing debate over GMOs. It has received strong marks, scoring a 100 percent rating on review aggregator Rotten Tomatoes – based on reviews from six critics. Among them:

Oscar-nominated director Scott Hamilton Kennedy said he hoped the film would help reset the conversation over GMOs – to move us away from heated rhetoric built on fears and accusations to a focus on science. From the beginning, Kennedy and his writing and producing partner Trace Sheehan wondered wondered whether critics of biotechnology would constructively engage they issues. Could they shift the debate to the future of food and farming?

In an essay published on the film’s Website, they wrote:

If you don’t agree with the film, no problem. That’s how science works. Show us your data and let the experts and scientists debate the issues in all their glorious nuance. And as we take in the scientific process at work, let’s do our best to put aside bias so we can have more productive conversations and make the most informed decisions we can. That’s all we can ask of each other and ourselves.

Kennedy spoke recently about the film with Tim Barker, managing editor of the Genetic Literacy Project. The interview has been divided into two parts. In this first part, Kennedy talks about public reaction to the movie–some of which startled him–and complaints from critics.

[The second part of this interview, dealing with the film’s funding and the future of the GMO debate, can be found here.]

Following the film’s release to the public, what sort of reaction have you received, both pro and con?

The reaction in the theater has been amazing. It’s the first film where I have people changing minds. My other films were stories about events that were interesting to people. This is the first time I’ve made a film where the subject was bigger than the story. With this film, the fact that we were trying to reset the conversation on GMOs and thus defend using science and making good decisions, that has been fantastic. We’ve had screenings where we had 100 percent people who were concerned about the safety of GMOs for themselves or the environment and turning 100 percent of those people around.

Some people see science deniers as being conservatives and science defenders as being democratic, but it’s a lot more complicated than that. There are a lot of people out there who have railed, rightfully, at Trump and his administration as being science deniers and for using terms like alternative facts and fake news. We were excited and, also, daunted by the fact that we were looking at our own tribe and saying: “Hey, wait a minute. You can’t have your own alternative facts and you don’t get to have your own fake news.”

Some reviewers, including writer Keith Kloor, have questioned whether the film will do anything to change the minds of people for whom this is more of an emotional issue. Can science win over people whose views are value or emotion based?

I respect Keith a great deal. But that headline frustrated me. He hadn’t seen the film with an audience when he wrote that headline. It’s completely valid from his point of view of being in this game and having been beat up a ton. But I wish Keith had waited to see it with an audience in New York City where we went from having 40 hands in the air to zero or in Seattle where we went from 120 hands in the air to zero going from fear to changing their minds.

It’s not easy to change minds and the film obviously talks about that. But the beauty of art and documentary story telling is that you have the time to take somebody on a longer journey to really consider a topic or, in this case, several topics. It’s not just about GMOs, but how we make decisions and how we communicate. I have been grateful, so far, to see that it has changed some minds.

The documentary has been criticized by some anti-GMO voices, including Stacy Malkan, co-director of US Right to Know. Let’s talk about some of her criticisms, including her argument that the film’s credibility suffered from a decision to “embrace only the science and scientists who side with the chemical industry players who profit from GMOs and the chemicals used on them.”

What metrics do we use to determine if Stacy has validity? If the Genetic Literacy Project has validity? If Scott Kennedy has validity as a documentary filmmaker and if Neil Degrasse Tyson has validity as a narrator? We can use, somewhat, the scientific method. But we also have to use the history of what they have communicated. Are they communicating the truth? Or are they swaying and cherry-picking the truth to meet their ends? I stand by my body of work that I have told the complicated, nuanced, emotional truth that is the human journey in the films I have produced.

Stacy Malkin and US Right to Know and many other critics of the film have not done that. I call it the 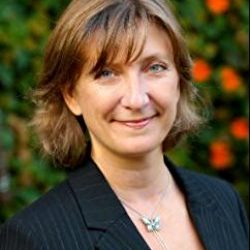 end-game test. What is the end-game of Stacy Malkin? What is the end game of US Right to Know. What is the end game of people getting behind labeling? They say their end game is to keep all our children safe. And that’s great. If I can trust you. But how do we know? Go with the evidence of what they say.  Also, go to what they leave out. They accuse me of leaving elements out. Have they ever been critical of the organic industry? The answer to that is “no.” What does that tell us? Stacy is trying to devalue the film.

She also argues that there is no mention of the carcinogenic “concerns that are engulfing Monsanto in an international science scandal, or the many farmers who are suing Monsanto alleging they got cancer from the company’s glyphosate-based Roundup herbicide.”

We deal with glyphosate and Monsanto in a very long, detailed sequence. And we talk about Monsanto’s complicated, checkered past with things like DDT and Agent Orange. But then we get into their first GMO products – Roundup and BT – and we reset that conversation. We start to reveal how many people were scared of those products or communicated concern about those products, mostly led by misinformation from people like Chuck Benbrook. In the front page of his paper he says “pounds up” for glyphosate, which is absolutely true. But two pages in, he says because of glyphosate’s incredible safety, there shouldn’t be a concern. It’s in his own paper, but he buried that.

The film also was challenged by a group of 45 researchers, who called it “propaganda.” They argued that more reasoned critics (George Naylor and Timothy Wise) were not included in the movie and that “The remaining voices are now framed as impassioned but ultimately kooky and unscientific, the equivalent of climate-change deniers.”

We don’t want this conversation to be polarized. We’re pointing out that they’ve made it polarized. I am pro organic. I am pro agroecology. I am pro letting farmers and science make the best decisions for each individual farming situation. What we hope the film will do is distinguish between who is an honest broker and who is less of an honest broker or a completely bad broker. 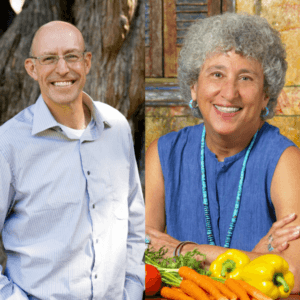 And this is where it‘s very complicated for Michael Pollan [author, self-proclaimed foodie and
Berkeley journalism instructor and Marion Nestle [New York University sociologist and nutritionist] for me. I gave them a great deal of respect to keep them in the middle of this conversation because they have communicated nuance around this topic. When you read the details of that letter, does Michael stand by that whole letter? That whole letter is saying [controversial researcher Eric Gilles] Seralini still kind of exists. Many of those people would say the suicides in India are real. And most of the people on there – and this where Marion Nestle and Michael Pollan, by their own words, do not agree with it – would say that no GE processes are valid.

The conversation when we came to this film was out of balance. We wanted to try and reset the balance. I can’t make a film about everything. I wanted to make a film about what was out of balance. Now I go back to Michael and Marion – people I respect – and I see that they are trying to bring nuance to the conversation. I ask them – are they bringing nuance? Or are they saying they agree with the Food Babe and Jeffrey Smith and US Right to Know and Mike Adams and Vandana Shiva saying suicides exist and that no GEs should be used. I just want to know where the line is.

They also argued that many of the pro-biotech voices in the film have their own conflicts of interest, including past associations with Monsanto. And that the film, itself, was funded by the Institute of Food Technologists, “an advocacy organization which has long endorsed the biotech industry.”

They said the film ignored a range of other factors, including problems associated with monoculture cropping, the debate over intellectual property laws and genetic engineering, and corporate seed consolidation.

No one can make a film about everything. The issues they are bringing up about what I left out in the film, I am open to having those conversations about each of those. I’m not an expert on each one of those. But I ask people to look at the big picture. Are those issues only associated with GM technology? Clearly not. They existed before GM technology. If we magically had an all-organic world, would those issues disappear, or would they be replaced with new issues? A lot of people on that letter are saying going toward a 100 percent organic world is the right answer. It’s not a good plan. There is data to support that organic farming has taught us a great deal and has purpose in certain situations. But it is not the overall answer.