Although the idea of engineering genes has been on the minds of science fiction writers, ethicists, and biochemists alike for decades, only recently has gene-editing science fully entered the glare of the public spotlight. This is, in part, due to a recent successful account of gene editing: the modification of a single DNA strand in multiple human embryos. As a result, fear of the impending race of designer human beings has been trickling into the public psyche. But how warranted is this fear? And, more importantly, what are the ethical implications of any of this?

To me, genetic engineering is as fascinating as it is complicated. Although I understand why people would pick different sides when it comes to supporting progress in the field, I am a fan (to a certain extent). Yes, it is ethically and scientifically complex, but if utilized intelligently and responsibly, it ultimately has the capacity to do more good than harm.

In order to explore the ethical dimensions of genetic engineering, it’s important to give a bit of background on how far along we are in terms of gene editing at the moment. The New York Times has a handy and fun way to test your knowledge of modern gene editing and the internet can certainly conjure up more than a few examples, but the gist is this: we’re not particularly advanced at gene editing, especially when it comes to humans.

Genetic engineering was first developed in 1973, and since then it has undergone a multitude of advancements and changes. Many of these have been applied to food and agriculture: for example, scientists at Pennsylvania State University have recently developed a type of mushroom that doesn’t turn brown after slicing, and they’re currently working on doing the same for potatoes. The market for genetically modified organisms (GMOs) is expected to grow from 112 million tons to 130 million tons by 2021, especially in countries in need of larger, more nutritious or drought-resistant food. Gene editing has also been applied to diseases, such as diabetes in mice (for the eventual application to humans). 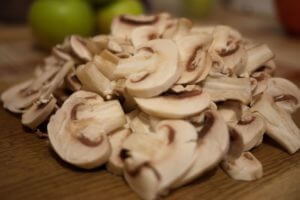 And the most powerful recent advancement is called CRISPR, which is a gene-editing system that allows researchers to target, edit, or excise any gene they want in an organism. CRISPR has essentially changed the game for genetic engineering, making something that once took years to master as simple as a few days’ work. Researchers used CRISPR to fix a heart disease caused by a genetic mutation. This could, in theory, mean CRISPR will be able to prevent this same mutation from ever affecting any embryo.

Don’t get too nervous or excited though: The process remains arduous and difficult, mostly because there are so many genes that influence a given plant or animal. For example, the number of genes influencing something like height is incredibly vast—some estimates go as high as 93,000 genetic variations. With our current capabilities (which, again, have only allowed for the modification of one genetic mutation in humans), there is no way that we could modify and test each of those different genes for height enough to make a significant difference. Even though it can take very little time to alter a single gene, altering thousands, and figuring out which thousands to alter, is incredibly time-consuming. So if you’re worrying that non-designer children will have to compete with a generation of Michael Jordans and Marie Curies, that fear, at least, should be assuaged.

What is more complicated is the potential uses of gene-editing technology for repairing genetic diseases, such as cystic fibrosis, some cases of early-onset Alzheimer’s, and even blindness. Because, as great as it is to make such astounding scientific advancements, access to such tools will likely be extremely limited, and thus extremely expensive. So, as with so many other things, genetic engineering could lead to an increasingly large economic divide. The best healthcare is already privileged to those of greater economic means, and this could be extended to genetic engineering for disease eradication. This is the source of a lot of fear—warranted fear—for a lot of people.

It’s extremely important to keep the social impact of genetic engineering in mind, especially when it comes to disease eradication. But this does not mean we should halt all scientific inquiry into the field. It’s a little scary to imagine banning scientific studies on the basis that results could be exclusive. With this mentality, any once-expensive cure that has been subsidized or improved so as to make more widely available wouldn’t exist. So while the socioeconomic implications are incredibly important, I don’t believe they should be the reason for the demise of gene-editing research.

And I don’t think too many people are arguing that we shouldn’t continue to research on the sole basis that the results could be really expensive and unavailable to most people. I think the main concern about genetic engineering has to do with the other potentially radical consequence: designer babies.

There’s something that feels wholly wrong about the idea of parents choosing how to make their children act and look, giving their offspring an advantage stemming not from the randomness of genetics but from deliberate choice, the cutting-and-pasting of genes. Follow the trajectory of this idea into the future, and you find yourself looking into the face of a terrifying potential reality: the divide between “designed” people and “natural” people strict and cutting, with economic, gendered, and racial consequences. This idea is terrifying.

I will note though, that as I mentioned before, trains of thought like this one are still much closer to science fiction than science, not least because no one has any idea how to deliberately design a child. Also, the number and size of conferences covering the ethics of genetic engineering in the past half-decade are reassuringly large—scientists are aware of the ethical considerations and are taking them into account. This is not to say that we should remove attention from the issue and let the scientist handle it. We should continue to pay attention and we have to hold scientists accountable—just without deterring work that has the capacity to do real good.

Another argument, and one that has been used against genetic engineering since it was first developed, is that we’re interfering with a natural process, or evolution, or God’s plan, or what have you. The argument that genetics and evolution and natural selection should be left up to chance, rather than human interference, is not a new one. And once again, it’s important to acknowledge the validity of these fears. Taking the evolution of human beings into our own hands is an idea that can have severe consequences. Instead of simply arguing for the fundamental manipulation of humanity, I would like to complicate the idea that natural selection is a better process than self-evolution.

Natural selection takes millions of years. From the point that life first evolved on this planet—some three billion years ago—the process of mutation, diversification, evolution, and extinction has taken so long, it’s physically impossible to comprehend. And humans have only been around for 200,000 years of that history of life. So if you’re wondering why you still have an appendix or a tailbone, or you’re not well-suited to the really hot climate in which you live, it’s because evolution essentially takes forever. Given enough time, humans will adapt and change to suit our environments, it just takes a really, really long time.

But what if we could speed up the process of adaptation?

Adaptation is rooted in socio-biological trends, and this is demonstrated by the subtle, but nonetheless prevalent, adaptive differences in humans from a variety of regions. National Geographic described this in an article about the process of self-evolution, noting that the ancestors of modern Australian and Tasmanian Aboriginals developed adaptations allowing them to survive in freezing temperatures at night, in addition to blistering temperatures during the day. The ancestors of Sherpas living near the Himalayas adapted greater lung capacities that allowed them to climb extreme heights. Across the continents, human genetic variation is based on changes that have happened over thousands and thousands of years.

Through decisions ancient humans made and the ones we make today, our species has self-evolved. Although these improvements were not through technological means, self-evolution is nothing new to our species. As such, taking it to the next level may not be as large a jump as we think.

With climate change as a looming force on the horizon, what if we could self-adapt to survive in warmer temperatures or wetter environments? With rising sea levels, what if we could adapt towards better lung capacity? As humans, we could bypass the long and random process of evolution—which will happen to us anyway, whether we like it or not—and choose ways in which we can meet the demands of our environment. If the focus of genetic engineering was not on making humans into perfect beings, but rather allowing humans to survive in harsh environmental conditions or remain free of life-threatening diseases, it could be the exact tool we need.

While this is only a hypothetical solution for the future, it nonetheless has implications for the present. It is more important than ever that we continue responsible and ethical research into genetic engineering. To put it bluntly, genetic engineering isn’t just about potentially advancing the species: it’s about saving us from ourselves.

Emmy Hughes is a sophomore at Wesleyan University, where she studies English and Earth and Environmental Science. She’s the Assistant News Editor for The Argus, Wesleyan’s student newspaper. Follow her on Twitter @emmyughes.

A version of this article was originally published on the Wesleyan Argus’ website as “The Case for Responsible Genetic Engineering” and has been republished here with permission from the author.