Viewpoint: Self-interest, rather than ignorance, key driver in GMO and climate change rejectionism

I first encountered the debate on climate change in the 1980s when I helped to organize a workshop at the Beltsville Agricultural Research Center. Our aim was to discuss the findings and implications of emerging research on climate change. As I recall there was not yet a consensus among meteorologists and other scientists about interpreting observed changes, but by the early 1990s most scientists accepted that humans contributed significantly to global warming, and importantly, that it is a major risk to humanity and that it requires a managed, political response.

This emerging consensus resulted in the UN Convention on Climate Change in 1992, which led to the Kyoto Protocol, adopted in 1997 and signed by many nations, including the US in 1998 under Clinton but not ratified by the Senate. I was part of a White House taskforce that initiated research and education efforts that attempted to lead to ratification by the US senate. We organized workshops in Washington and elsewhere, met with staffers, legislators, lobbyists, and experts. Through these, I realized that representatives opposed Kyoto not because they didn’t believe in climate change, but because it is against the immediate self-interest of their voters. Most representatives and staffers recognized the key point that climate change poses risks to society but they felt that their constituents would not want to pay the price of mitigation. Furthermore, for representatives from some regions (e.g. the Dakotas) global warming seems like climate improvement. A key feature of the Kyoto Protocol was that developed countries would reduce emissions since they contribute a greater share to GHG emissions and subsidize reductions by developing countries (they still need to grow). 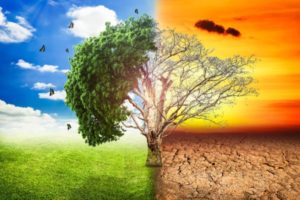 I knew of very few scientists that were skeptics (their number has declined over time), and some people denied climate change because of religious beliefs. One strategic approach of politicians who didn’t want the US and developed countries to pay the lion’s share of mitigation was to assume the role of skeptics, or even deniers of climate change. But my impression is that many of the deniers are not ignorant and do believe in science, but they do not want to pay. Someone once summarized it as “they are not stupid they are mean.”  I would not go that far though – they are driven by short term self-interest. This is not a unique situation. For example, in retrospect we have found that much of the denial of the health effects of cigarettes by tobacco companies used the same logic.

My interpretation of some of the resistance to GMOs is similar. I was introduced to agricultural biotechnology in the late 1980s, as some of the early researchers were on campus and I knew some of them. I worked on pesticides and realized that chemical pesticides provide significant value but are costly both economically and environmentally. Development of new crop varieties, by various means (including use of radiation to generate mutations) has been an effective way to develop pest and disease control. I knew that some of the developers of new pest controlling traits aimed to reduce or replace chemical pesticides and even expand the tools of organic agriculture. They also have other goals, such as reducing dependence on fertilizers (i.e., by enhancing nitrogen fixation), improving nutritional content of food, etc. I appreciate that biotechnology relies on basic understandings of processes inside the plant. I expect, as many others, that this knowledge and its applications will improve over time as we will have more knowledge and improved tools which will lead to more sustainable diverse and efficient agriculture, allowing to improve human well-being and environmental health. 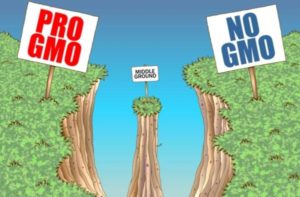 However, understandable and exaggerated concern by activists has led to excessive and costly regulations that gave major companies like Monsanto an edge in developing new products. Companies that were threatened by new biotechnology products lobbied against it. I recall that in a hearing of the NRC committee on the future of pesticides, a presentation by a Bayer official stated that GMOs have limited potential to solve pesticide problems and they recommended larger investments in chemical pesticides. It is ironic because now Bayer is acquiring Monsanto, with its relative advantage in agricultural biotechnology. Herbicide manufacturers, like the American Cyanamid Company, were affected negatively by RoundUp Ready varieties. Most of the chemical companies that were negatively affected by biotechnology were European, and Monsanto, who kept tight control of IPR, was American, and that was one of the self-interest drivers to European opposition to biotechnology. And I suspect that it even led to implicit partnerships between environmental groups and companies. There are many other political economic reasons for opposing GMOs in Europe. The negative attitude towards GMOs spilled over to some of the public and increased the political power of the opposition. They also realized that by picketing near retailers, they could reduce the spread of the technology. This led to severe restriction on the use of GMOs in Europe, and utilization of the technology around the world. Even worse, it led to heavy restriction of the use of GMOs in developing countries, contributing to malnutrition in Africa and blindness in South Asia, among other problems. The recent letter by many Nobel Laureates and scientists bring these points home. This letter implicitly supports my argument that some opposition to GMOs doesn’t reflect ignorance about the benefit but rather self-interest of various groups. It is ironic that the potential of transgenics to contribute to adaptation to climate change has been ignored by the IPCC, which I believe reflects political economic considerations.

If self-interest plays an important role in the denial of climate change and opposition to GMOs, what can we do about it? First, we shouldn’t give up on the power of persuasion and information. We need to continue research documenting the likelihood and impact of climate change, and the benefits of GMOs and the costs of opposing it. The technology needs to be delinked from Monsanto and other companies. While they possess intellectual property rights on certain varieties and technical knowhow, they do not own this plant breeding technology. It is part of the shared human knowledge. Many politicians and people are on the fence about it, and might respond to additional information, which will affect the debate. It may be useful to connect real-world phenomenon to climate change and biotechnology delicately. For example, the strength and frequency of recent hurricanes may give people who oppose taking action against climate change to realize the cost of this strategy. Second, we need to recognize some of the reasons for the objection and accommodate them in developing policies. I am a big believer in carbon taxes to reduce GHG emissions. But once they are introduced, some of the proceeds should address coping with higher energy prices, especially by the poor. Transition from one form of energy to another may be associated with transfers that make the adjustment easier. In the case of biotechnology, developing and introducing traits that address major social concerns and clearly benefit consumers and the poor will make the technology more appealing.

I am not deluding myself, the denial of climate change and resistance to biotechnology will continue and society will pay the price. Our challenge is to develop research and educational efforts that will lead to faster change of mind, and better policies.

David Zilberman is Professor David Zilberman holds the Robinson Chair in the Department of Agriculture and Resource Economics at UC Berkeley, where he has been a faculty member since 1979. Follow him on twitter @zilbo

This article was originally published on Berkeley Blog as Self-interest, the denial of climate change, and resistance to agricultural biotechnology and has been republished here with permission.