Mya Burkhart was only six months old when she suffered her first cardiac arrest. It was her eighth or ninth visit to hospital when it happened. She had respiratory problems and was not developing at a normal rate. Doctors predicted she might have a muscle disorder, but symptoms said otherwise. Due to heart attack, Mya spent three weeks on ventilator in ICU. Her mother, Holly said she could not pick her up due to her condition. Doctors finally suggested to have her genome tested to get clues about her lack of normal growth and breathing condition.

The genome test was in its infancy at that time. But Molly was ready to take a chance to seek answers to her daughter’s condition. The role of genome screening was controversial as information obtained was neither definitive nor accurate all the time. But doctors took chances in finding answers to her condition. In Mya’s case, genome screening revealed a mutation in her gene responsible for transportation of citrate. Without that gene, her cells could not get the needed energy. Once the analysis unveiled the deficiency, Mya was given citrate supplements. She might have development delays, but she did not get any respiratory infections. Genome screening helped doctors to save her life.

Today, even small improvements and discoveries in DNA sequencing can result in immediate clinical consequences. From Sanger sequencing to the Human Genome Project to single molecule sequencing, there have been significant improvements over the period of time. 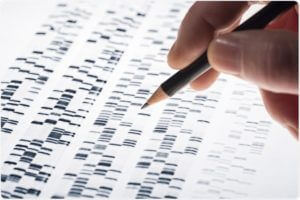 Leading market players are investing in developing next generation sequencing technologies owing to technological advancements, discovery of improved methods that provide precise results, and increase in DNA sequencing applications. Researchers in the Netherlands are working on developing methods with the help of DNA sequencing to use existing drugs to treat various types of rare cancers. In its recent report on the global DNA sequencing market, Allied Market Research stated that the market is expected to reach $18,284 million in 2023, growing by 19.6% from 2017 to 2023.

Following are new research studies that could have a significant impact on the global industry:

Optimization with the help of nanophysics & electric currents

A new technology developed by Meni Wanunu, Northeastern University Professor of Biological Physics in association with Pacific Biosciences, optimizes DNA sequencing with the help of nanophysics and electric currents. DNA can be loaded into sequencing wells having higher orders of magnitude efficiencies. The research was published in the journal, Nature Nanotechnology.

Pacific Biosciences developed an optical technology for single molecule sequencing (SMS), which depends on nano-wells. These nano-wells play a significant part in localizing sequencing signal and carrying out single molecule sequencing. But, methods implemented by the company to load DNA into wells works for shorter molecules rather than longer. These wells were redesigned by Wanunu in his lab for integration of nanopores at their bases. Nanopores are pores of nanometer dimensions, found in electrically insulating materials and used to study the physical properties of biomolecules. The redesign with the integration of nanopores allowed attraction of larger segments of DNA once electric field is applied. The DNA molecules enter the wells once the voltage is applied and longer DNA molecules become predominant over shorter ones.

“Large DNA molecules need just a small push to get into the sequencing volume, but once we apply this force, we can capture enormous sample fragments easily. The system will enable totally new sequencing experiments,” said Joe Larkin, first author of this paper.

Furthermore, Wanunu and his lab are striving to make this technology available for large-scale use, especially for equipment at Pacific Biosciences.

Researchers have developed a new technique that scans thousands of randomly generated DNA sequences to search those particular ones that activate reporter genes. A reporter gene is used to ‘tag’ another gene or particular DNA sequence. It assists in identifying cells that contain the tagged gene or targeted sequence.

Researchers developed the technique, known as ELM-seq, which is used to enhance level of transcription, a process in which a gene is read to generate an intermediate message known as RNA. The technique is dependent on indirect measurement of activities of a gene that encodes a protein adding a chemical ‘tag’ on to DNA. There will be more tags on DNA if a gene is more active. The detection and measurement of these tags are carried out with the help of massive parallel sequencing, a technique that uses miniaturized and parallelized platforms for sequencing. This technique offers a quantitative readout of activity levels of genes and outlines how thousands of sequences affect gene activity.

Researchers have proved that the technique is applicable for a simple organism. Moreover, it could be applicable for bacterial species or human cells to determine how genes are controlled and can be manipulated.

Patients with rare cancers patients can be treated with therapies used for patients with other cancers if they carry similar genetic mutations as them. The Centre for Personalized Cancer Treatment (CPCT) gathers biopsies from metastatic cancer patients. These biopsies are analyzed with the help of Whole Genome Sequencing (WGS) to create a database for all types of cancer. Researchers have found preclinical evidence suggesting that certain drugs, which are sensitive to certain types of tumors could also be sensitive to patients with the same mutation in other types of tumor groups

“By sequencing the whole genome in so many patients, we found commonalities between tumors and DNA mistakes. For example, the ERBB2 gene is mainly screened for in breast cancer patients, but we know that it is also present in patients with other tumor types,” said Prof. Emile Voest, principal study investigator from the Netherlands Cancer Institute in Amsterdam.

The study aims to determine full potential of existing drugs instead of development of new drugs and using it for treatment of other types of cancer with the help of DNA sequencing.

Pratik Kirve is a writer at Allied Analytics LLP. He holds a bachelor degree in Electronics and Telecommunication Engineering. Follow him Twitter at @PratikKirve