When was the last time you were shopping for an over-the-counter drug and found yourself looking at two versions of the same drug – one for women and one for men?

We’ve gotten accustomed to seeing so many different versions of these drugs: AM/PM versions, ‘Children’s’ versions, sugar-free versions, etc. Many of these can serve valuable purposes, though many just additional choices to steer consumer behavior and build sales. But one thing you don’t typically see are formulations divided by gender. But it would be a smart idea if more manufacturers did this.

Pro tip: Males and females are not identical 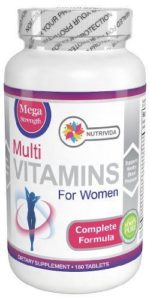 Besides the obvious anatomical differences, and in some cases because of them, the physiological processing of certain medications is markedly different between males and females. You may have seen that certain brands, such as Midol, are marketed specifically for women (in that case, for premenstrual cramps), but the formulation is simply a fever reducer or anti-inflammatory (different formulations are available, but one is for example, 200 mg ibuprofen), and doesn’t take into account a female-specific degradation of the tablet. Similarly, you may even have a multivitamin at home ‘formulated’ for men or for women; again this is almost entirely marketing-driven, because while the recommended daily intake (RDI) of vitamins and minerals is different for men and women, the addition of ‘male-specific’ or ‘female-specific’ herbs and other supplements in these multivitamin formulations have no good scientific backing that’s been approved by FDA.

What does have scientific backing, including studies here, here and here is the fact that males and females metabolize drugs differently. In some cases, it’s the excipients added to the tablet or capsules to stabilize it or improve digestibility, and in other cases, it’s the actual drug itself whose metabolism is dramatically different. For this reason, most drugs should really be stratified in an evidence-based manner to ensure that males and females are being exposed to the appropriate dose for their metabolism, physiology, and body mass. 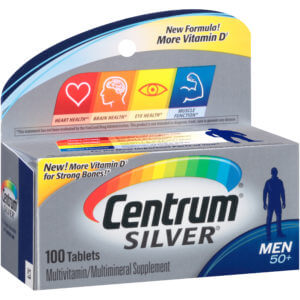 Typically, in the lifecycle of drug development, many hundreds or thousands of participants are given the drug treatment, with and without food, and are measured with repetitive blood testing to identify plasma concentrations of the drug over time – how long did it take to peak? How high did it peak? How long did it stay in circulation? How quickly was it cleared? All of these questions are summarily answered within the clinical trials testing. But typically the formulation results are aggregated and not separated according to gender to look for specific effects and optimum dosing guidelines. This averaging does a fine job of meeting a guideline for an ‘averaged’ person who is half male/half female (roughly), with a body mass of about 68 kgs, of mixed population genetics. But it will more often than not lead to overdosing (even if slightly) in most women, and likely underdosing in most males. Caveat – this does not constitute medical advice to manually hypothesize a dose you think you should take. But it does indeed mean that there needs to be a significant overhaul with how dosing guidelines are approached in the drug industry, which is something that I’m now involved in.

What’s been found is that excipients such as polyethylene glycol 400 are handled differently in male versus female subjects (the presence of PEG 400 increased bioavailability of the target drug in males, but not in females). Additional interference has been found between the androgen hormone testosterone and anti-inflammatory drugs such as ibuprofen, naproxen, and aspirin. What is already known is that testosterone reduces the synthesis of leukotrienes, which are compounds produced by immune cells when they detect a potential invader. Because of this, females typically have greater levels of circulating leukotrienes than males. 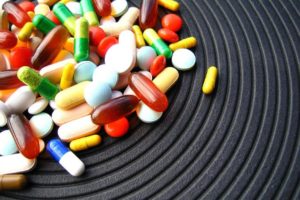 What’s interesting with respect to the drug treatment in this case was that the anti-inflammatory MK886 was almost 800% more effective at reducing leukotrienes in blood samples from females as compared to males. This particular drug (MK886) was not approved for use, because during clinical trials in the 1980s and 1990s it was found to be no more effective than placebo. But what was also noted in a retrospective analysis of the studies was that women were underrepresented in the clinical trials – so even the ‘averaged’ person (who I invented above) is a calculated parameter based on all those individuals in the clinical trial, and was more heavily-weighted to being male than female in the trials, and this drug has now shown to be less effective in males in a small sample.

All of this suggests that the “therapeutic power” of many drugs isn’t maximized as they’re currently designed by considering males and females distinctly in the experimental trial designs. I would also go a step further and suggest that these rigorous design separations also occur by demographics to see if we can maximize healthcare treatment outcomes in all different races and ethnic groups of the population. This may turn out to be less of a factor than the gender discrepancy in metabolism, but we won’t know until we systematically trial it and collect data. It’s also likely that this won’t happen in large part because drug trials are extraordinarily expensive and time-consuming for drug companies to conduct, and to have dozens of separate, thoroughly-powered, clinical trials running concurrently would be prohibitive – especially in an era of increased pressure, scrutiny, and argument over drug prices.