Neurologic disorders may be linked to brain’s immune system

Sometimes probing what we thought we knew to find cracks in our theories leads to whole new avenues of scientific understanding. Take for example recent experiments on electrons. Researchers attempted to find asymmetries in the sphericity of these subatomic particles’ charge, which would suggest variance that could lead to whole new understandings of cosmology, dark matter, and our perception of the universe. “Unfortunately” for the scientists, the results matched the theory, and further strengthen what is called The Standard Model of particle physics.

As with particle physics, so it is with the brain: Neurology has been an ever-evolving discipline for millenia, and sometimes experiments are conducted just to determine if what we think we know actually matches reality. As the Nobel Laureate Richard Feynman observed, “It doesn’t matter how beautiful your theory is…If it doesn’t agree with experiment, it’s wrong!”

In this instance, our theoretical models of the brain and certain mechanisms of nutrient and waste transport didn’t seem to hold up to actual biological functioning (they didn’t seem to keep up with the influx and efflux of material). The prevailing theory is that cellular waste from metabolism in the brain gets deposited into cerebrospinal fluid (CSF), which then pass through what are called arachnoid granulations into the bloodstream (for processing and removal). A second weakly-understood process is that there are holes in the base of the skull through which some cerebrospinal fluid is known to drain into the mucous membranes in the nose and into the lymph nodes of the neck for similar processing. But both of these processes together didn’t explain many features of the flow of CSF, nor the chemotaxis of waste and nutrients. In fact, the original identification of what was called the “glymphatic system” suggested that glucose, lipids, neurotransmitters, and amino acids were also likely travelers through this transit system. 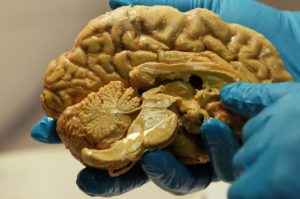 Stunningly, in 2015 an entirely new system of vessels were found in the layer surrounding the brain called the dura mater, a layer of tissue that has about the consistency of leather. This initial discovery was made in mice, with near simultaneity by groups at the University of Virginia and in Helsinki, Finland. The prevailing wisdom was that waste didn’t drain from the brain, though throughout the years some researchers had thought that there must be some sort of lymphatic system for the brain. Researcher Daniel Reich adds some weight (pun) to the discovery: “Did Newton discover gravity? I mean—not to equate these two discoveries—but obviously people knew that things fell before Newton’s apple.” Newly published research shows the MRI images of these lymphatic vessels within the meninges, and includes an incredible level of detail of the search and ultimate detection of this new system.

But you only tend to find what you’re looking for, and this is also the reason why this system eluded empirical observation, even after millions of brains have been dissected and operated on, as well as an additional millions more MRIs.

In 2013, research within mice showed that this glymphatic flow nearly doubles during sleep (thus presumably increasing metabolite clearance while sleeping). This would seem to indicate that sleep disorders would compromise the flow throughout this system of vessels, potentially acting as a cause for some disorders and diseases which also are co-morbid with sleep problems. Interestingly, one of these molecules that seems to have its concentration increased by compromised glymphatic flow is a protein called beta amyloid, which has been associated with Alzheimer’s disease, and is itself the target of a number of hopeful drugs currently in development to treat this disease. A study using genetically-altered ‘knockout’ mice suggested that beyond sleep, levels of omega-3 fatty acid intake is also associated with the mediation of function of the glymphatic system. 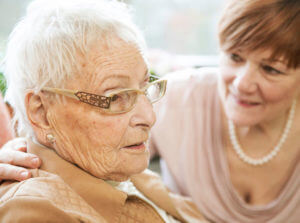 However, it’s important to note that this causality between sleep and nutritive status on any brain disorders or diseases via the glymphatic system hasn’t been found yet, so differential changes in this lymphatic flow of the brain during wake or during sleep is, at the moment, simply an interesting observation.

Perhaps some ‘physical’ forms of brain disorder are also rooted, at least in part, within the glymphatic system: It’s not unlikely that traumatic brain injury (TBI) could stem from compromised cellular systems responsible for immunologic function and fluid transport around the brain, and perhaps there is also some involvement with cases of stroke as well. These discoveries represent a new guidepost on our way to more fully understanding the complexities of the brain.