European farmers: Finding replacement for glyphosate is no easy task

In the aftermath of the European Parliament’s 355-204 vote opposing the renewal of the popular herbicide glyphosate in 2018 for households and after 2022 for agriculture, farmers, policymakers and activists have begun the search for viable alternatives to the agricultural chemical. And they aren’t finding much.

Although the vote is not a direct ban (instead, it showed no MEP support for a renewal), it was cast in opposition to the European Commission’s proposal to extend glyphosate’s license for 10 years, and provided political gravitas to Green party and other anti-pesticide members of both the European and member nation parliaments, who have advocated against the chemical’s use for years. In the US, glyphosate is popular because it is used with genetically modified crops (“Roundup-ready”) that can grow despite applications of the herbicide. In Europe, where such GMO crops have never been approved, opposing groups have tried to link glyphosate to health issues instead of directly agricultural ones.

Most of the health claims have arisen from a monograph from the International Agency for Research on Cancer (IARC), the World Health Organization’s cancer research arm, which stated that glyphosate could “probably” cause cancer. As has been written before, IARC’s methodology of evaluating hazards and not risks, its selective inclusion of scientific papers, and – most recently – allegations of result cherry picking and conflicts among its lead consultants and researchers all have increased skepticism of IARC’s conclusion. However, among environmental groups and certain MEPs, health concerns prevail. 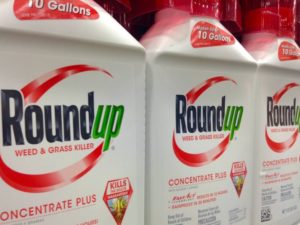 And other concerns have moved from the dubious to the downright bizarre. Alison Van Eenennaam, a livestock geneticist at UC Davis, observed that these claims now include:

Decreasing dopamine and serotonin leading to tiredness and anger; shutting down the cytochrome P450 detox pathway, leading to the accumulation of “toxins;” glyphosate crossing the blood-brain barrier for some reason; and especially in conjunction with lead and mercury, that glyphosate is an endocrine disrupting chemical which is more dangerous at lower doses than at higher doses. They also claimed that it kills beneficial bacteria, but not the bad nasty bacteria, and this supposedly leads to a long list of disorders, including poor sex drive and infertility. They went on to claim that it stops mitochondria from making energy and this creates brain fog and is linked to birth defects and destruction of endocrine systems, and also non-alcoholic fatty acid disease. Then there was the assertion that the extracellular matrix which communicates information body-wide gets “crushed” by glyphosate, and finally that glyphosate is a highly toxic and long-lasting organophosphate.

Organophosphate, of course, is a completely different – and non-transformable—chemical.

Nonetheless, according to the MEPs voting against glyphosate, there exist “biological alternatives (i.e. “integrated pest management systems”) (that) work well for weed control.”

Ask farmers and scientists, however, and you’ll hear a different story.

For years now, European farmers have been using IPM, in addition to having glyphosate around. Under European Commission Directive 2009/128/EC, member states were since 2012 required to promote IPM techniques, which include prohibitions on aerial spraying, limitations on pesticide use “in sensitive areas,” inspection of application equipment, and training.

Some groups, like the Natural History Museum of Cleveland, reviewed other IPM chemicals for their herbicidal properties and found shortcomings among all of them:

I will suffer significant damage, including a significant increase in my production costs (use of larger amounts with other herbicides and increase in the frequency of herbicide treatments), dirtying of my plots with many weed species, including perennials. My working methods should evolve with a return to plowing, the removal of new simplified farming techniques, based on plant cover. I could not practice agroecology anymore. 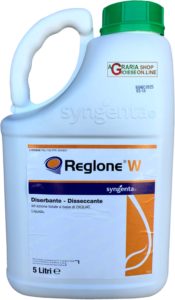 Other commercial herbicides exist to replace glyphosate, of course. But, like Syngenta’s Reglone and Bayer’s Basta S, they are much more expensive than glyphosate. Also, Reglone is a crop desiccant, quickly burning leaves upon contact, while glyphosate is a more systemic herbicide. Basta S does not translocate between plants and requires 100 spray coverage to be effective, while glyphosate does not require these applications.

Another pesticide, atrazine, is available and popular in the United States but has been banned by the European Union for at least 10 years. The EU banned its use not because of health issues, but because of its persistence in aqueous environments. In the US, groups like the Natural Resources Defense Council claimed that it is an endocrine disruptor, and linked it to cancer, developmental issues and other medical problems. 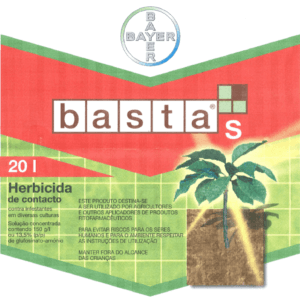 Many European farmers will continue to use combinations of several agricultural chemicals and IPM methods to control weeds. “Where glyphosate is commonly used in the EU is in no-till conservation agriculture and complex multiple cover cropping,” said David Zaruk, risk communications specialist, EU politics observer and author of the “Risk Monger” blog. “Alternatives are not clear or have harsher effects on the soil.”

Urban gardeners will also be forced to settle for less effective alternatives. As the University of Florida Extension pointed out, because organic (and even conventional) chemical alternatives don’t share glyphosate’s systemic properties, they will only work on contact and won’t be as effective on larger weeds. Hence, more applications, more money, more environmental impact.