Gene therapy challenge: How much should it cost and how do we pay for it?

When the Food and Drug Administration approves the first gene therapy for a single-gene disease, expected in January, will insurers and sponsoring companies have plans in place to make certain that patients can actually get the new treatments, and not just “have access” to them? That’s a matter of intense focus right now.

The first clinical trial for a gene therapy was way back in 1990. But over the past year or two, treatments are finally nearing the end of the regulatory pathway. While some advances are incremental and incomplete, others are astonishing, perhaps none more so than the treatment for a form of inherited blindness that was the subject of an FDA advisory committee meeting October 12.

Patients who’d received an injection of Luxturna into each eye reported becoming able to see loved ones’ faces for the first time, and gaze, awestruck, at the sun, moon, and stars.

Christian Guardino, then 16, already demonstrated the gene therapy success when he sang the Jackson 5’s “Who’s Lovin’ You” on America’s Got Talent last June. Before gene therapy, he’d been unable to recognize faces, walk the hallways of his school, or stay outside safely once the sun went down. “Gene therapy has made my world so much brighter. I can even walk around on stage and perform and not just stand in one spot. My sight has remained stable for 4 years and if I hadn’t gotten it, I would’ve been completely blind by now,” he told the FDA.

It took mere seconds for the committee to pass the new treatment onto the next stage. But how long will it take for the first patients to be treated, for this and other up-and-coming gene therapies, outside of clinical trial settings?

For any groundbreaking medical procedure or treatment, initial cost is an issue. But unlike insurance coverage of chronic treatments, like cholesterol-lowering drugs, gene therapy can disrupt pathology. It can potentially cure. So the closest comparison may be to organ transplants. Consider their costs and annual markets in the US:

So far, gene therapies are in the same cost ballpark. Kymriah, the recently-approved treatment that delivers an engineered immune system protein in gene therapy wrapping, is a one-time treatment for a form of leukemia, costing $475,000. Yescarta, for a different blood cancer, is similarly priced.

In gene therapy R&D, the major costs are upfront, designing the vectors that deliver the healing genes. That can cost $500,000 to $1 million, yet the delivery can be, should optimally be, almost anti-climactic.

When Eliza O’Neill received gene therapy for Sanfilippo syndrome type A in 2016, it went into an IV in her hand. She barely noticed. Ditto for the kids getting gene therapy for spinal muscular atrophy, a few of them able to walk and even run for the first time. Hannah Sames’ gene therapy for giant axonal neuropathy (GAN) was a one-time spinal infusion.

Whether the cost of a gene therapy is more in the development or the delivery, the market size is important in recouping investment. The number of people known to have GAN, for example, is still fewer than 100 worldwide. The thousands of transplanted hearts, kidneys, bone marrow, and livers dwarf the number of candidates for gene therapies for rare diseases.

One way that health insurers handled organ transplants back in the 1990s, when some were still experimental, was to establish centers of excellence to optimize outcomes. That’s how Luxturna, the blindness treatment, will be rolled out in 2018.

Compensation for the newly-approved leukemia gene therapy Kymriah is following the model of outcome (aka value)-based payment. The Centers for Medicare and Medicaid Services covers the treatment, but the drug company (Novartis) pays a rebate if the leukemia patient doesn’t respond within one month. This model provides continual incentive. Strimvelis is reportedly being debuted  the same way, with coverage only if it works. 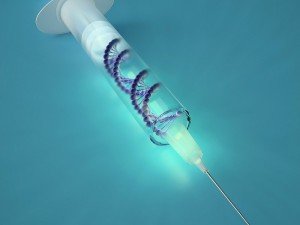 But a challenge to outcomes-based payments is that gene therapy for the rare Mendelian conditions introduces an uncertainty not seen in replacing hearts, lowering cholesterol, squelching an infection, or even gobbling up leukemia cells. Will the people like Christian with newfound vision one day require an extra gene delivery, like a booster shot, because the rods and cones outside the treatment area continue to degenerate? Evidence suggests they do, but whether this will affect vision isn’t yet known. That’s why clinical trials continue for years.

How does the math of gene therapy work, given the uncertainty? Straightforward examples like hemophilia B may be rare. A decade’s worth of clotting factor costs $5 million; therefore even a $1 million one-time gene therapy that gives the body the ability to churn out its own factor IX will pay for itself in two years. But future costs of once-deadly conditions are much harder, perhaps impossible, to predict. Will new symptoms appear? This is unknown clinical territory, not as straightforward as presaging the consequences of a cancer’s spread. 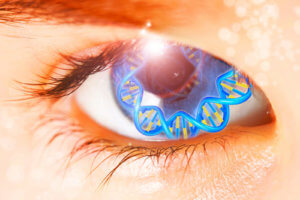 The companies that are funding the gene therapies closest to approval are acting now to prepare the insurance industry for the shift from chronic to potentially curative therapies. A flurry of white papers that address pricing are summarized in
“Advancing Gene Therapies And Curative Health Care Through Value-Based Payment Reform,” posted recently from Jeff Marrazzo (CEO of Spark Therapeutics), Nick Leschly (CEO of bluebird bio), and Gregory Daniel and Mark McClellan of the Duke-Margolis Center for Health Policy, where a consortium is bringing together patient advocates, payers, manufacturers, health care providers, and experts on regulatory affairs, law, and policy to iron out payment programs for gene therapies.

With the start of the new year, the gene therapies that have been such a long time in coming will enter a new age, that of FDA approval for marketing. Annual costs between $500,000 and $1.5 million are flying around social media, and companies still won’t give estimates – but it’s good to know the extent of the discussion going on to make sure that those in need actually receive these astonishing new treatments, the possible forever fixes.