Does the shape of your face affect your odds of success or failure in life?

Why does each human face look different from all others and yet is recognizable as the same face from infancy to old age?

This is a question for genetics, but also for computer algorithms that are growing ever more sophisticated. While the genetics of facial appearance is known to involve a host of genes (affecting details of skull shape plus control of facial muscles), computer algorithms are allowing researchers to explore what the various expressions mean in terms of how a person’s identity is perceived. Accumulating knowledge in this area has a range of applications, from predicting how a young person will look in old age to electronic enhancement and modification of the faces of actors on screen.

One computer technique maps 49 points on an individual’s face and monitors how those points change as facial expressions change. Why might this be useful? University of Washington computer engineering assistant professor Ira Kemelmacher-Shlizerman gave the explanation  in a paper presented at the International Conference on Computer Vision in 2016.

“One of the applications is in augmented reality and virtual reality,” she said. “We not there yet, but what if [a video call could show] the person is in front of you in three dimensions, so you can see the actual expressions in detail?”

Hollywood is finding applications for the technology as well. In the 2008 film The Curious Case of Benjamin Button) Brad Pitt played a character who was aging backward, kind of like Merlin. After coding every detail of Pitt’s face, filmmakers were able to blend Pitt’s real face with various electronic modifications.

Potentially, the storytelling application of the technology can go beyond giving the impression of a single actor aging (forward or backward) over time. Details of facial expression also can be utilized to convey to the audience elements of a character’s personality. Particular facial features are associated with dominance, Working with capuchin monkeys, for instance, scientists have found that wider faces are associated with higher rank in group hierarchy, and there’s evidence that the same phenomenon extends to humans.

Working with soccer players at the University of Colorado at Boulder, a team led by Keith Welker found that facial width-to-height ratio actually predicts a midfielder’s number of fouls and a forward’s scoring rate. Certainly, there may be confounding factors related to health conditions connected with faces that are thin, or less plump, but regardless, the correlation between facial shape and performance on the pitch is real. People are drawn toward dominant faces in films.

From monkeys to politicians 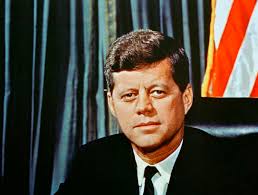 Facial characteristics may also influence political races. “The idea is that our biology, like genes and hormone levels, influences our growth, and the same mechanisms will also shape our character,” said Northumbria University’s Carmen Lefevre who had volunteers rate former US presidents according to various psychological attributes. Based on the Lefevre’s studies, facial shape, the width-to-height ratio in particular, does appear to have some influence on electability.

Related article:  Protecting against cancer: What can we learn from animals who live for centuries

One example is John F Kennedy. Generally, people agree that he was one of the more attractive presidents, plus there’s a phenomenon cited frequently by historians: the debate between JFK and Richard Nixon. In a polls taken after the debate, for those who had watched the debate on television a majority thought Kennedy had won, while Nixon won in the poll taken of people who had listened to the debate on the radio. It would seem that based on rhetoric Nixon won, but based on appearance JFK had.

When looking specifically at the width-to-height ratio, Kennedy comes out a little better than Nixon, but notably better than Chester Arthur, a 19th century president who is typically rated by historians fairly low in the presidential ranking.

Whether involving athletes or politicians, anytime a single study in psychology makes the science news one needs to be very careful not to see the results as some major discovery that will change our view of nature. Alongside the shape of one’s face, other characteristics, an individual’s intelligence for example, or ability to cooperate also can have a major impact on his or her success.

In the case of politicians, political shrewdness and the mood of the electorate on various policy issues also makes an important difference. A case in point is Abraham Lincoln, who actually had a below average width-to-height facial ratio. Lincoln, however, was elected in an era before television. People knew of him based on his speeches that were published in newspapers, including speeches that he made during the famous Lincoln-Douglas debate. Also, the election of 1860 took place during a critical historical moment when voters were likely influence more by actual issues than personal aspects of particular politicians.

Predicting facial aging outside of Hollywood

Similarly, the ability to take apart details of a face and put them back together can be useful in predicting how people will look in the future when they’re old, or how they used to look as children. Several years ago, computer algorithm research led to a popular story featuring a picture of how teenage Holocaust victim Anne Frank would have looked at age 80 had she survived. That was just a simple 2-dimensional picture, however, and now looks crude when considering how advanced the technology has become today.

When considered in context of the growing understanding of facial genetics and advances in plastic/reconstructive surgery, the current computer algorithm capability raises the another interesting question: how far will people go to get a new face for themselves, or perhaps their offspring?