Harvard medical geneticist Robert C. Green, reflective, cautious, and as decent as a scientist can sound, took to television recently to make people aware of an open trial at the Brigham and Women’s Hospital, which uses genomic sequencing to screen for variants that can predict 1,800 genetic conditions in newborns. The cutting-edge study foreshadows what genetic science might bestow to human health, but the more interesting takeaway is that the failure of the study to connect with the public — very few are enrolling — may signify a deepening distrust of biotech.

The BabySeq Project, of which Green is the co-director, is part of a $25 million effort funded by the National Institutes of Health, and has exemplified a vision perhaps best summed up by The New York Times science writer Nicholas Wade, who in 2006 quipped, “when genomes can be decoded for $1,000, a baby may arrive home like a new computer, with its complete genetic operating instructions on a DVD.”

Project leaders were stunned then when only about 7 percent of parents wanted to take part. As the journal Science reported a year ago “the parents of only 24 of 345 sick babies in neonatal intense care, and 138 of 2,062 healthy babies, have agreed to join BabySeq.”

Parents approached for the project have reportedly been concerned about data privacy, potential bias from insurers who may equate genetic variants as preexisting conditions, and the uploading of their newborn’s data onto federal databases. I suggest the low enrollment underscores how a public fascination with genetics — half of parents on a previous survey said they were “very” interested in the project — is coupled with distrust in the commercialization of biotech, which is creating new social and economic inequalities.

The high profile patent battle over the CRISPR-Cas9 gene editing tool, often valued commercially at a billion dollars, and the FDA approval of the first genetically modified medicine for $475,000 — a sale price that is 19 times the cost to manufacture it — have displayed the capacity for turning taxpayer-funded research into an aggressive money-making enterprise. More personally, genetics are being used to typify people for cancer risk and age-related diseases, schizophrenia, autism, and intelligence, none of which truly belong to diagnostic categories.

It is therefore no surprise that parents may want to protect their newborns from becoming targets of commercialization. 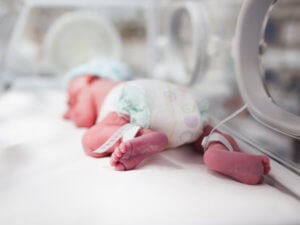 In truth, genome sequencing is an extension of earlier commercial sequencing tests and standard newborn screening tests. BabySeq has expanded these to 166 genes, which can theoretically predict thousands of disorders and identify several genetic risk variants. For instance, it has identified a dozen newborns to have a genetic variant associated with biotinidase deficiency, which can impact cognition, and be fixed by taking a simple vitamin. Casie Genetti, a researcher at Boston Children’s Hospital, noted researchers found 109 of 125 babies had at least one, and up to six, genetic variants for an autosomal recessive disorder, meaning that if they went on to have children with a partner who had a corresponding gene compromised in a similar way, it could be damaging or life-threatening for their own baby.

Part of the problem is that we all have some measure of genetic variation, and that can be either dangerous or advantageous depending on the cell type or genetic background or environment. Furthermore, it’s not even clear that scientists have a solid grasp on which genetic variants are harmful. A group called the Exome Aggregation Consortium last year revealed that of 192 high frequency genetic variants that had previously been considered pathogenic, only nine are likely harmful.

Then there is concern that the information will be used as a recruitment tool to draw families into further studies and counseling, and that insurance companies will use the data to set prices. In 2013, Green suggested that the American College of Medical Genetics and Genomics adopt a new policy: Anyone who had their genome sequenced to detect a rare mutation for a disease must now also be screened for 56 additional genetic markers that might predict conditions such as breast cancer and heart disease. Like it or not, the patients would have to be informed about these additional genetic markers. Green found opponents in Boston University bioethicist George Annas, and the clinical geneticist Sherman Elias, who suggested that this type of disclosure put patients at undo concern. 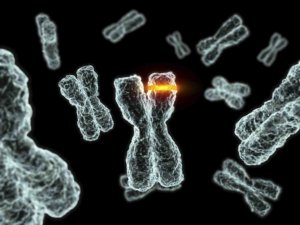 “We were kind of taken aback,” Elias told me when I met him in 2013, not long before his death from cancer. “The rationale was that if someone carries a genetic mutation that is ‘actionable,’ meaning that doctors can do something about it, then the patients and doctors must be informed.” Elias and Annas believed the College was overreaching. Genetic mutations, or predictive markers, are often only “associated” with a certain disease. Elias was fulminating that the field was anxious to show off its dazzling abilities to use genetics, while many of the genetic variants might not be causative. “Once you have a hammer, everything looks like a nail,” Elias said. “Knowledge is seductive. That’s until we’re faced with knowledge that we’re all at risk.”

Risk and danger are linked to the genetic context in which they are inherited. Scientists will never have control over context of the ecosystems of our genes. In fact, there’s an old saying, credited to the plant ecologist Frank Egler: “Ecosystems are not just more complex than we think, they’re more complex than we can think.”

Most people know how limited scientific knowledge is right now, and perhaps always will be. What’s more troubling is that the little reliable knowledge we do have may be used as leverage by commercial forces.

Jim Kozubek is the author of “Modern Prometheus: Editing the Human Genome with Crispr-Cas9,” published by the Cambridge University Press.

This article was originally published on Undark as “The Public’s Distrust of Biotech Is Deepening. Commercialization May Be to Blame” and has been republished here with permission.