This article or excerpt is included in the GLP’s daily curated selection of ideologically diverse news, opinion and analysis of biotechnology innovation.
Decisions span a vast range of complexity. There are really simple ones: Do I want an apple or a piece of cake with my lunch? Then there are much more complicated ones: Which car should I buy, or which career should I choose?

Neuroscientists like me have identified some of the individual parts of the brain that contribute to making decisions like these. Different areas process sounds, sights or pertinent prior knowledge. But understanding how these individual players work together as a team is still a challenge, not only in understanding decision-making, but for the whole field of neuroscience.

Part of the reason is that until now, neuroscience has operated in a traditional science research model: Individual labs work on their own, usually focusing on one or a few brain areas. That makes it challenging for any researcher to interpret data collected by another lab, because we all have slight differences in how we run experiments.

Neuroscientists who study decision-making set up all kinds of different games for animals to play, for example, and we collect data on what goes on in the brain when the animal makes a move. When everyone has a different experimental setup and methodology, we can’t determine whether the results from another lab are a clue about something interesting that’s actually going on in the brain or merely a byproduct of equipment differences.

The BRAIN Initiative, which the Obama administration launched in 2013, started to encourage the kind of collaboration that neuroscience needs. I just think it hasn’t gone far enough. So I co-founded a project called the International Brain Laboratory – a virtual mega-laboratory composed of many labs at different institutions – to show that the proverb “alone we go fast, together we go far” holds true for neuroscience. The first question the collaboration is tackling focuses on decision-making by the brain.

Individual neuroscience labs have already uncovered a lot about how particular brain areas contribute to decision-making. 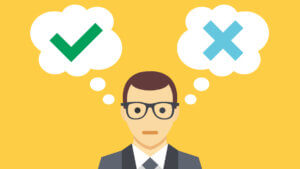 Say you’re choosing between an apple or a piece of cake to go with lunch. First, you need to know that apples and cake are the two options. That requires action from brain areas that process sensory information – your eyes see the apple’s bright red skin, while your nose takes in the sweet smell of cake.

Those sensory areas often connect to what we call association areas. Researchers have traditionally thought they play a role in putting different pieces of information together. By collating information from the eyes, the ears and so on, the association areas may give a more coherent, big-picture view of what’s happening in the world.

And why choose one action over another? That’s a question for the brain’s reward circuitry, which is critical in weighing the value of different options. You know that the cake will taste sweetly delicious now, but you might regret it when you’re heading to the gym later.

Then, there’s the frontal cortex, which is believed to play a role in controlling voluntary action. Research suggests it’s involved in committing to a particular action once enough incoming information has arrived. It’s the part of the brain that might tell you the piece of cake smells so good that it’s worth all of the calories.

Understanding how these different brain areas typically work together to make decisions could help with understanding what happens in diseased brains. Patients with disorders such as autism, schizophrenia and Parkinson’s disease often use sensory information in an unusual way, especially if it’s complex and uncertain. Research on decision-making may also inform treatment of patients with other disorders, such as substance abuse and addiction. Indeed, addiction is perhaps a prime example of how decision-making can go very wrong.

A lab collaborative spread around the world

Right now, neuroscientists are taking lots of closeup snapshots of what happens in particular areas of the brain when it makes a decision. But they aren’t coordinating with each other much, so these closeup pieces don’t fit together to give us the big picture of decision-making that we need.

That’s why a team of us joined up to form the International Brain Laboratory. With support from the International Neuroinformatics Coordinating Facility, the Wellcome Trust, and the Simons Foundation (also a funder of The Conversation US), we aim to create that big picture by designing one large-scale experiment that uses the exact same approach to study many different brain areas. Because the brain is so complex, we need the expertise of many different labs that each specialize in particular brain areas. But we need them to coordinate and use the same approach so that we can put all of their different pieces of the picture together.

Related article:  Does 'brain plasticity' explain why these people can still smell, despite not having olfactory bulbs?

We’re bringing together a team of 21 scientists who will work very closely to understand how billions of neurons work together in a single brain to make decisions. About a dozen different labs will each do part of one big experiment by measuring neuron activity in animals engaged in exactly the same game. Our team members will record activity from hundreds of neurons in each animal’s brain. We’ll collect tens of thousands of neuronal recordings that we can analyze together.

In real-world decisions, you’re combining lots of different pieces of information – your sensory signals, your internal knowledge about what’s rewarding, what’s risky. But implementing that in a laboratory context is pretty hard.

We’re hoping to recreate a mouse’s natural foraging experience. In real life, there are many different paths an animal can take as it navigates the world looking for something to eat. It wants to find food, because food is rewarding. It uses incoming sensory cues, like, “Oh, I see a cricket over there!” An animal might combine that with a memory of reward, like, “I know this area has lush berry bushes, I remember that from yesterday, so I’ll go there.” Or, “I know over here there was a cat last time, so I’d better avoid that area.”

At first pass, the setup we’re using for the International Brain Laboratory doesn’t look very natural at all. The mouse has a little device that it uses to report decisions – it’s actually a wheel from a Lego set. For example, it might learn that when it sees an image of a vertical grating and turns the wheel until the image is centered, it gets a reward. If you think about what foraging is – exploring the environment, trying to find rewards, making use of sensory signals and prior knowledge – this simple Lego wheel activity does capture its essence.

We really had to think about the trade-off between having a behavior that was complex enough to give us insight into interesting neural computations, and one that was simple enough that it could be implemented in the same way in many different experimental laboratories. The balance we struck was a decision-making task that starts simple and becomes more and more complex as an individual animal achieves different stages of training.

Even in the simplest, very earliest stage we’re looking at, where the animals are just making voluntary movements, they’re deciding when to make a movement to harvest a reward. I’m sure we can go much further, but even if that’s as far as we get, having neural measurements from all over the brain during a simple behavior like this will be very interesting. We don’t know how it happens in the brain that you decide when to take a particular action and how to execute that action. Having neural measurements from all over the brain of what happened just before the animal spontaneously decided to go and get a reward will be a huge step forward.

Anne Churchland is an Associate Professor of Neuroscience at Cold Spring Harbor Laboratory. She leads a team of 8 researchers to advance our understanding of neuroscience. They measure the responses of neurons in different cortical structures and use computational approaches to connect those responses to behaviors.

A version of this article was originally published on the Conversation’s website as “A new collaborative approach to investigate what happens in the brain when it makes a decision” and has been republished here with permission.