With imaging advances, brain researchers no longer rely on cadavers and freak accidents

This article or excerpt is included in the GLP’s daily curated selection of ideologically diverse news, opinion and analysis of biotechnology innovation.
The evolution of brain research reflects the evolution of the brain itself in the sense that both have moved from the crude to the sophisticated, and in doing so have accelerated. Study of the human brain moved at a snail’s pace, at first, because it depended largely on cadaver brains, non-human brains, and rare lesions and freak accidents. Things worked this way for most of the modern era, right up through the latter part of the last century. But developments in applied physics opened up magnetic resonance technology, leading to magnetic resonance imaging (MRI) and this is changing how scientists study the brain, and human behavior.

Most people know MRI for its diagnostic application. It can produce sharp, 3D images of your tennis elbow, your injured shoulder, or of a meniscus tear in your knee. But recent years have witnessed a revolution in the use of MRI as a research tool. 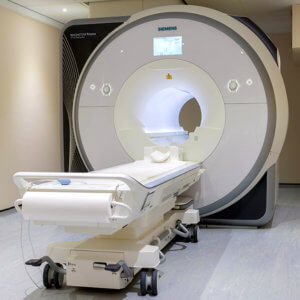 Detailed information of brain anatomy compared between normal subjects and those with genetic brain conditions, such as autism, or acquired conditions like post-traumatic stress disorder (PTSD), can offer enormous shortcuts for scientists who would otherwise study damaged brains. Furthermore, whereas standard MRI supplies still pictures, a variant of the technology known as functional MRI (fMRI) can tell scientists what different parts of the brain are doing as a subject’s situation changes. These can include thought processes triggered by questions, math problems to conquer, compliments or threats. The technology also can be used to study the brain’s role in the performance of skills — such as a movement in sports or dance, or playing the violin. It’s quite a difference from the limits of cadaver work, and opens up subtle aspects of human behavior for potential research topics.

As we learned from late neurologist and popular author Oliver Sacks, damage to the brain from strokes and accidents gave neuroscience —  at least functional neuroanatomy — a wonderful head start. In the late 19th century, for instance, researchers were able to locate an important speech center and an important language comprehension center, called Broca’s area and Wernicke’s area, respectively for their discoverers. Also, as time went on, study of damaged areas in the cerebral cortex led to the elucidation of what we now call the brain’s primary motor cortex (along the back of the frontal lobe, in front of the brain’s central sulcus) and the primary somatosensory cortex (in the parietal lobe, just behind the central sulcus).

Based on the accumulated data from lesion studies, by the middle of the last century, it was routine for neurologists to pinpoint the location of many strokes, based simply on which movement control, which sensation, and which language comprehension and speech functions were deficient. They could do this long before imaging systems became available that could reveal the stroke. Thus, a saying emerged that the only way to learn neurology is “stroke by stroke”.

Into the imaging age

In the early days, brain imaging meant simple X-ray films taken of the brain at the most useful angles. Today, however, it usually means a computed tomography (CT, “cat scan”) of the brain, though it also could be a brain MRI. Both modalities — CT and MRI — are types of “cross-sectional” imaging, and you actually need it in order to document a stroke, no matter what you could surmise from the neurological exam prior to the imaging. 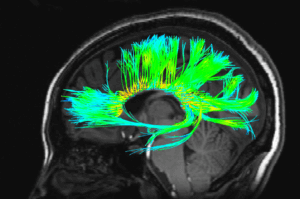 The requirement for cross-sectional imaging emerged, because the capability of the imaging is spectacular. Based on deficiency of motor function and/or speech, or based on which parts of the body are numb to pinpricks or vibration, or based on the cranial nerve exam, you can get a good idea of the location of a lesion. But imaging technology is more precise —  so precise that no neurosurgeon would consider operating on the site of the lesion without it.

The surgery is simply not possible without the detailed 3D map that cross sectional imaging of a patient’s brain provides, but diagnosis is not the only application of the technology. Particularly, when it comes to MRI, which imparts no ionization radiation and is non-invasive (but for the injection of a contrast agent into a vein), you can use it over and over in many volunteers.

We’ve discussed fMRI research published last year that revealed neurological correlates for resistance to evidence against ideologically-based beliefs. But you can put people in an fMRI scanner and have them recite Shakespeare, play the violin, or be told that their beliefs about GMOs and vaccines run contrary to science, and see what happens.

One also could take people with genetic brain conditions, and normal subjects, and do regular MRI tests to compare anatomical features. Such a study was performed and published recently in the Journal of Radiology. It revealed specific anatomic features in cases of autism associated with a specific sequence abnormality of 16p11.2, a region of chromosome 16.

Neuroscience is really just at the beginning of the MRI era, so it’s hard to predict where, or how far, things will go. Suffice it to say, though, it’s reasonable to predict that it will go quite far in comparison with the lesion studies.