Gender and the brain: Are there hardwired differences between men and women?

This article or excerpt is included in the GLP’s daily curated selection of ideologically diverse news, opinion and analysis of biotechnology innovation.
Neurobehavioral differences between men and women have captured the attention of popular culture going back to the 1992 best-seller Men Are from Mars, Women Are from Venus, an advice book by relationship counselor John Gray. Today, the idea that genders are different — not only in terms of hormones, but also in a neurological sense — is picking up considerable momentum in the hard sciences.

But don’t let this lead you to the conclusion that human brains are hardwired one way or another in the same way that genitals and sex chromosomes are. Certainly, having or not having a Y chromosome has a major impact on developments inside the brain. But when it comes to brain anatomy and function, nature and nurture both come into play, just as they do in so many other aspects of human biology.

Gender and the brain

To give you an idea of the level of scientific interest in this area, consider that a search for ‘gender brain differences’ on the biomedical database PubMed pulls up thousands of peer-reviewed publications. Among them is a 2016 UCLA study, published in the journal Frontiers in Neurology, in which researchers used functional magnetic resonance imaging (fMRI) to show that men and women had essentially opposite responses to a physical act known as the Valsalva maneuver (attempted exhalation with mouth and nose closed). The differences were noted in the insular cortex, a region that includes various brain centers involved in emotional and cognitive functions, as well as self-awareness.

Another study, published in November 2016, revealed striking differences in certain parts of the insular cortex between boys and girls who have developed post traumatic stress disorder (PTSD). Researchers found one area, called the anterior circular sulcus, to be larger in boys with PTSD compared to boys without the condition. However, girls showed no such correlation between trauma experience and the size of this brain area.

“The boys and girls were so clearly on different ends of the spectrum,” said Stanford University psychologist and neuroscientist Megan Klabunde, who was the lead author on the study, which utilized another type of MRI called structural MRI (sMRI).

Functional MRI tells neuroscientists about brain activity — to what degree you’re using a particular part of the brain at the moment of testing. Structural MRI reveals pure anatomy — the size or development of a particular region of the brain. 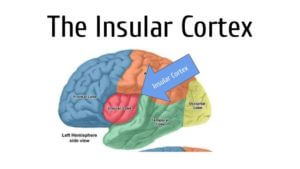 These studies support the idea that sex influences brain anatomy and function to the point that one can predict the following: If you were to rent time on an fMRI of sMRI machine and recruit enough subjects for a range of psychological tests, chances are good that you would come up with a publishable finding related to gender.

But what would such a finding mean in a practical sense? On one hand, it could have implications for devising treatments for men or woman suffering from the same disorder. Consider a commonly prescribed drug such as zolpidem (trade name Ambien),  which is used to help people sleep. It’s available in different dosages for adults, but does not take gender into account, which has caused some problems in the past. This is the case for a lot of drugs that affect the brain, and so it is reasonable that further studies on male-female brain differences could lead to a sea change in treatment approaches.

Are gender and sex the same thing?

Recognizing male-female differences in the brain is only one side of the coin, because we’re talking about brain features assessed on a bell curve. Everyone has an insular cortex. Different insular regions show size and activity differences between individuals, with trends that differ based on a range of factors, including sex and experiences such as trauma. But, importantly, there is overlap among populations that are studied. We noted earlier that the anterior circular sulcus showed no size correlation in girls with PTSD compared with girls with no trauma, while there was a correlation in boys. But everyone has an anterior circular sulcus and it’s bigger in some girls versus others, and in some girls versus some boys.

“There is no one type of male brain or female brain,” says Tel Aviv University’s Daphna Joel, a researcher in behavioral neuroscience. In a study published in the prestigious journal Proceedings of the National Academy of Sciences, Joel and colleagues demonstrated a fairly good mix of brain regions comparing men and women. This mix showed up on 23 to 53 percent of 1,400 brains tested with MRI depending on the particular brain region assessed. The results support the idea that brain ‘gender’ characteristics exist along a spectrum.

Of the 1,400 test subjects, less than 8 percent demonstrated a brain that could be defined as all male or all female based on anatomic properties that have established gender associations. Furthermore, looking at behavior, “Only 0.1% of subjects displayed only stereotypically-male or only stereotypically-female behaviors,” Joel said. 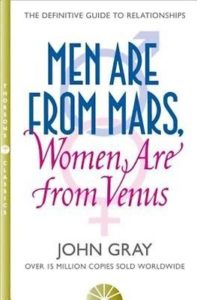 What does Joel mean by a stereotypically male or female behavior? Think of it this way: You might be a male who loves watching football. That’s one stereotypical male feature that says, yes, your brain is male. But you might be a football fan who also loves small children. Does that make you less male? No, but it is a stereotypical female trait. The same argument goes for a woman who loves football. Nearly every person has tendencies of the opposite sex with corresponding brain features that can be measured on MRI. But Joel points out that gender and sex are not the same thing. Sex is biology. If you’re genotype XY and have male genitalia, you are male in terms of sex, but that doesn’t mean that your brain is of male gender. It doesn’t mean it’s female gender either.

Whether you’re male or female, in all likelihood, there is something in your brain that overlaps with the opposite gender, and it’s not perfectly hard wired. Preferences can change, or be influenced by the environment. Lest we go off on a topic that merits an article all to itself, let’s be clear that we’re not venturing into the question about sexual orientation. We’re only talking about features, where it’s safe to say that large segments of the population are a male-female mix.

Does this mean we should ignore physical differences in the male and female brain? Not at all. As stated earlier, there are potential clinical implications. But it may suggest one should take such differences with a healthy grain of salt.

A version of this article originally ran on the GLP on January 25, 2017.