How the vampire bat came to feed on blood, and what we can learn from its droppings

This article or excerpt is included in the GLP’s daily curated selection of ideologically diverse news, opinion and analysis of biotechnology innovation.
Why do the three species of vampire bats eat only blood, compared to the 1,240 other species that are perfectly happy to eat such things as figs, bananas, birds, fish, frogs and even other bats? Many bats thrive on beetles, moths and mosquitoes. A single brown bat zooming across a backyard on a summer’s eve can eat 500 mosquitoes in an hour.

Vampire bats are so stealthy, and their cuts so tiny, that it isn’t uncommon for prey to sleep through the feeding. They live from southern Argentina to northern Mexico, but may venture near Texas and Florida as the climate changes. Fossils indicate they lived in the US 5,000 to 30,000 years ago.

The hairy-legged bat, the oldest vampire, eats only bird blood. The white-winged bat likes goat blood and that of the occasional snoozing chicken. The third species, the common vampire bat Desmodus rotundus, prefers cows, sheep and horses, with an occasional human. It makes its debut in the new issue of Nature Ecology & Evolution. Marie Zepeda Mendoza of the Centre for GeoGenetics, Natural History Museum of Denmark, University of Copenhagen, and colleagues there and in China, Germany, the UK, the US, Mexico and Australia, reveal both the genome and the “fecal metagenome” (DNA from microbes) of the common vampire bat. The poop bacteria stand in for the gut microbiome.

It turns out that DNA tells a lot about the hematophagy (eating blood) behavior of the sanguivor (one who eats blood).

Eating only blood doesn’t seem to make much sense. Blood is about 78 percent liquid — straining bat kidneys — and the rest is mostly proteins (also straining the kidneys) and only about 1 percent carbohydrates. Vitamins are lacking. And drinking blood exposes bats to hundreds of pathogens.

So why do they do it? Because blood is an abundant food source, while the other bats are feasting on their fruit salads and bugs?

Genome and microbiome DNA sequences can explain the (to us) peculiar tastes and behaviors of the common vampire bat.

A common vampire bat executes a choreography of sorts in finding food. The animals not only fly, but can walk, jump and run. So they tend to creep up on sleeping victims.

Collections of neurons in the vampire bat’s brain detect the steady breathing of a nearby sleeping mammal, as thermoreceptors in the bats’ noses and infrared sensors elsewhere in their brains, like in snakes, enable them to quickly locate the warmest blood vessels of the slumbering meal. Alighting on the victim, suddenly, the bat deploys its sharp front teeth to make a small cut in the skin, injecting an anticoagulant called draculin and other biochemicals that dilate the prey’s blood vessels. The bat then leisurely sips at the blood pool from an unwitting horse or cow – no need to suck – for up to a half hour. Alas a drug candidate based on draculin didn’t make it to market.

A vampire bat needs about 2 teaspoons of blood a day, and that might balloon their two-ounce bodies for about two hours. Because of their high metabolic rate, though, they can’t go more than 2 days without eating. But not to worry. They’re social creatures and if an individual can’t find food, a neighbor will likely share some, via barf. They live in colonies of 100 to 1000 or so bats, and groom each other too.

Their kidneys are fine-tuned to quickly send out the fluid from the blood while dismantling the proteins into amino acids and stripping off the nitrogens. The droppings reek of ammonia. 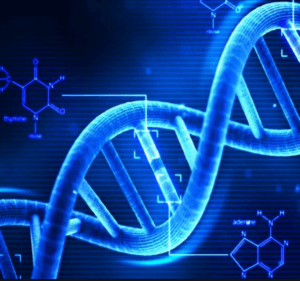 Biologists knew of the vampire bat’s behaviors from fieldwork. But analysis of the “hologenome” – the bat’s genome plus the genes of the microbes that live in and on it – revealed how the adaptations for the unusual lifestyle arise. Let me count the ways. First, the 2-billion-base bat genome introduces:

Related article:  Viewpoint: GMOs may be controversial, but bio-technology is creating a greener, cleaner world

The 3 billion or so bases in the vampire bat’s microbiome, probed in its droppings, introduce: 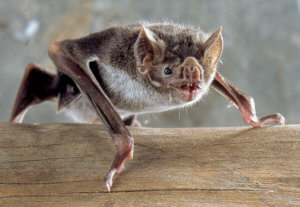 Why should we care about the vampire bat hologenome?

The story of the common vampire bat beautifully illustrates how considering genomes as well as the genes in microbiomes can explain animal evolution and behavior. The new view of the hologenome is also beginning to inform and impact human health care, in specific and eclectic ways.

Recent reports cover the role of the human microbiome in multiple sclerosis; in severe diarrhea in 40 percent of patients given a frontline drug for colorectal cancer; and in whether men exposed to HIV will become infected, depending upon a particular penile microbiome that can make a man 10 times as susceptible.

Many of us take probiotics to maintain digestive health, which are bacteria that alter our gut microbiomes. And the just-released revamped guidelines on fecal microbiota transplants (FMT) indicate that they will play an increased role in combatting Clostridium difficile infection, which is typically hospital-acquired and causes horrific diarrhea. FMT is 70 percent to 80 percent effective in treating the infection, compared to 45 percent to 50 percent for antibiotics.

It’s weird to think about our bodies as ecosystems, but doing so will be to our benefit – as it has been for the common vampire bat.