The National Science Foundation surveys a representative sample of Americans every two years. The General Social Survey asks about general attitudes about science in general and about specific science topics. For a quick overview of the highlights, see Everything Americans Know About Science in Seven Graphs by Sara Chodosh.

According to the NSF, “data suggest that concern about GE food is increasing”. 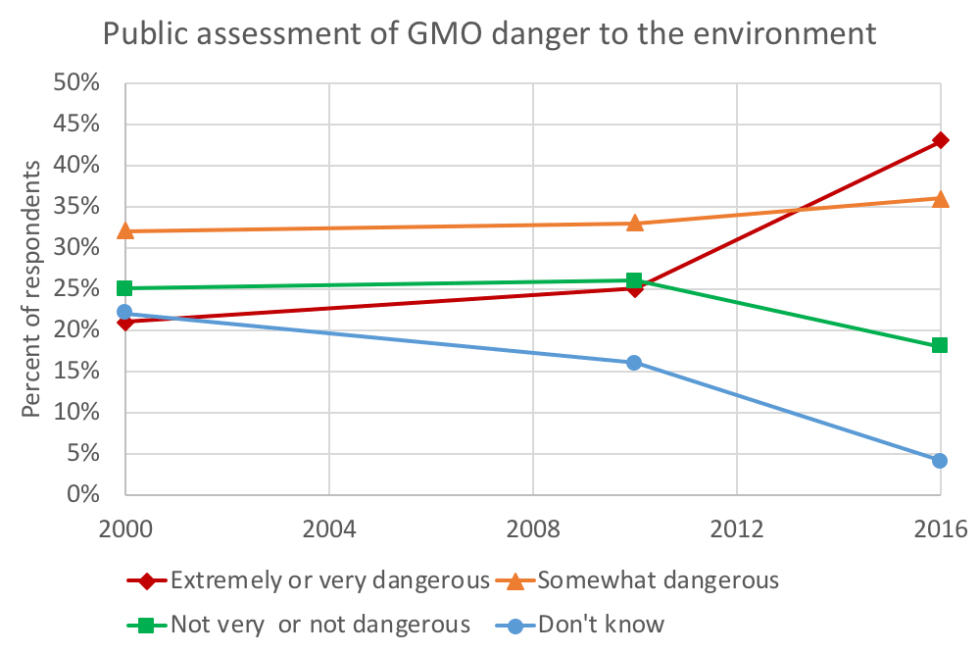 The results from 2016 are strikingly different from results in 2000 and 2010. The number of respondents who find GMOs dangerous shot up to 79% in 2016, while just 18% thought GMOs are not dangerous, and 4% said they did not know. People are becoming more certain in their fear, not a good sign.

These results may not accurately describe how Americans feel about GMOs. If you ask people what are the top things they are concerned about when it comes to food, GMOs hardly make the list.

Selling fear is lucrative. It’s really hard to fundraise when your message is “food is pretty safe”. Multiple organizations and individuals have made names for themselves by scaring people about GMOs.

Editor’s note: Anastasia Bodnar has a PhD in genetics from Iowa State University