Viewpoint: Devastating flu season reminds us about the danger of vaccine skepticism

This article or excerpt is included in the GLP’s daily curated selection of ideologically diverse news, opinion and analysis of biotechnology innovation.
The 2017-2018 flu season is being called the worst since 2009 by the Centers for Disease Control and Prevention, and it may yet outstrip the earlier epidemic. Cases of the flu have accounted for close to 8 percent of all patient visits to a doctor in recent weeks. Perhaps more alarming, the hospitalization rate for these diagnosed patients is the highest since the CDC started recording this data. This year’s dominant strain of H3N2 has been particularly devastating to children, with 84 pediatric deaths to date and roughly 4,000 total deaths per week. The CDC now recommends every child 6 months of age or older get vaccinated.

Although this year’s vaccine provides only an estimated thirty percent protection, one could argue that this makes it all the more important to have widespread coverage. And, yet, a major factor contributing to the present epidemic is low vaccination rates due to misinformation about the risks. In the twenty years since publication of Andrew Wakefield’s fraudulent paper alleging a link between the measles, mumps and rubella (MMR) vaccine and autism, unfounded fears about vaccines have led to reduced immunization rates in certain populations, which are believed to have caused two measles outbreaks: in 2014 among the Amish and in 2014-2015 among visitors to Disneyland. The last few years have also witnessed an increase in preventable infectious diseases among children in France, Italy, and other European countries. While nationally MMR vaccination rates in the US have been consistently around 91 percent, in certain regions of the country they have declined sharply. In the case of seasonal flu, despite the thousands of flu deaths each year, vaccination rates in this country have never exceeded 44 percent among adults and 59 percent among children. 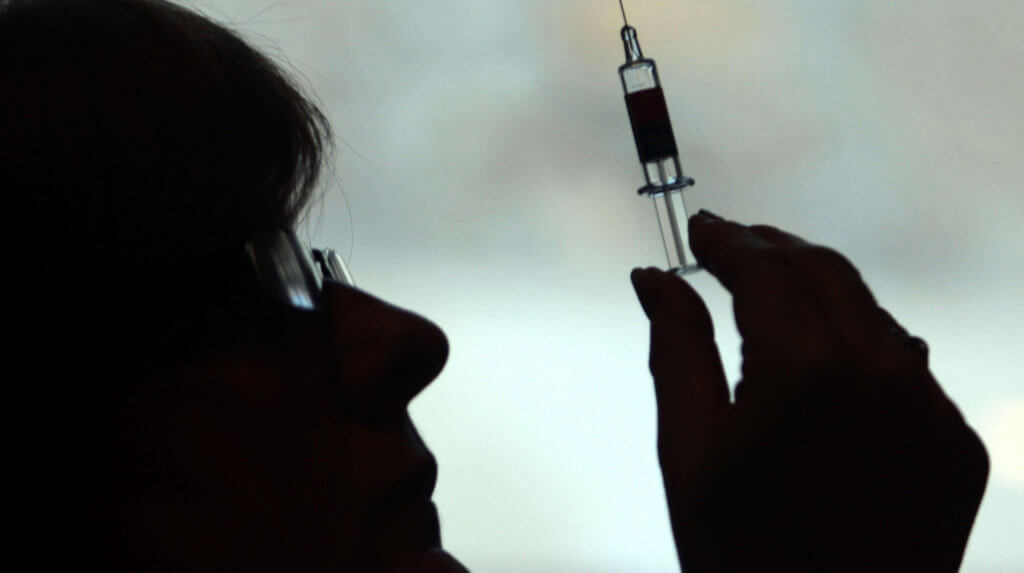 We are conditioned to think in terms of our individual welfare and that of those close to us. But public health requires a different, and often counter-intuitive, kind of thinking – one that focuses on populations. This latter view takes into account the aggregate effects of individual actions, as well as the reciprocal interactions between individuals and the population as a whole. The fewer individuals are immunized against a virus for which there is a vaccine, the more people there will be in our midst from whom to catch it. Conversely, the greater the number of people who get vaccinated, the greater the impact on the health and well-being of countless people in our midst whose names we do not know. This dynamic between individuals and the population forces us to confront the tension that exists in any society (and especially American society) between individual liberties and the collective good. When are we justified curtailing individual liberties in order to keep a population of individuals healthy?

Nowhere is this tension more evident than in the case of vaccinations, for, to be effective, they depend not just on one or two individuals making decisions on their own behalf and that of their loved ones, but on unknown others making their own decisions as well. Before we could have known how severe this season would be, in mid-November 2017, Essentia Health, which employs 14,000 workers in 15 hospitals and 75 clinics in Minnesota, Wisconsin, North Dakota, and Idaho, fired 69 of them for failing to meet a November 20th deadline either to be vaccinated for the flu or file paperwork exempting themselves. The CDC reported that last year’s vaccine rate among health care workers nationwide was 78.6 percent.

Despite sharp criticisms of the firings issued by unions and nursing associations across the country, Essentia did not bargain. As a result of the strict enforcement of its deadline, the company succeeded in getting 99.5 percent of its employees to comply with its vaccination policy, up from 82 percent the year before when Essentia went to a “mandatory” program.
Some of the most vigorous condemnations of Essentia’s arguably draconian policy invoked individual liberties, regarded by many to be the birthright of any American. As Alexis de Tocqueville said of this nation in the early nineteenth century, we are first and foremost “choosers” and “pursuers”; an American who “asks of freedom of anything other than itself is born to be a slave.”

Related article:  There is a lot of misinformation about COVID, the available vaccines and their effectiveness. These 7 insights will help clear that up.

Which is worse: slavery (even in de Tocqueville’s limited sense) or a deadly epidemic? In the field of public health, we tend to assume that if there is a conflict, freedom from sickness is the good to be valued over all other goods, but should we be so sure? 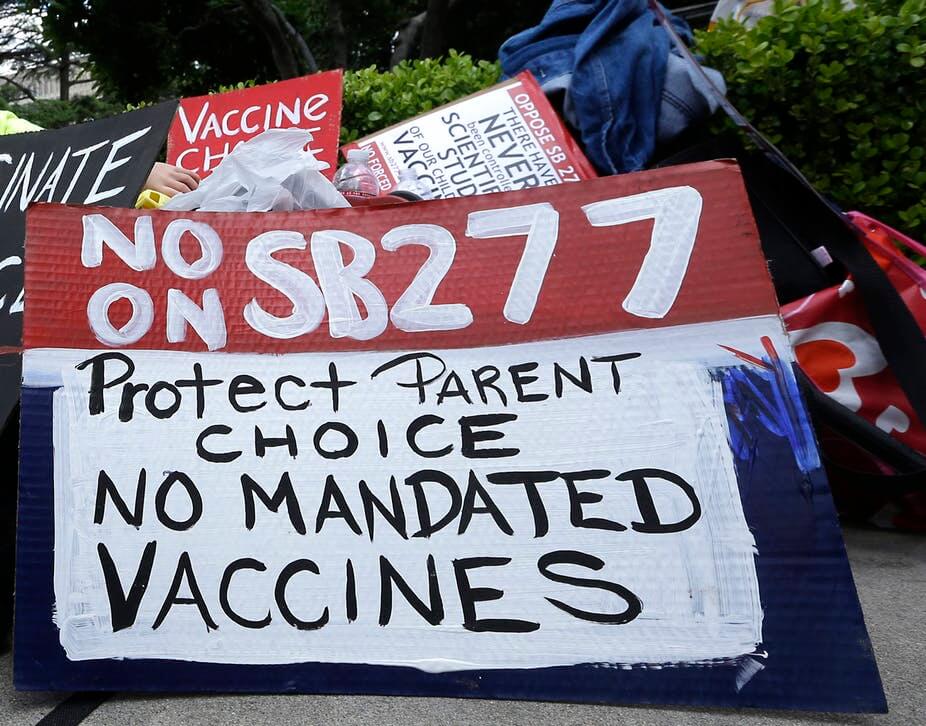 The question of immunization highlights the reciprocal interplay between the individual and society, that is, the inescapable degree to which a population’s resistance to a deadly disease (for which there is an effective vaccination) depends on not just what my neighbors, but also strangers, decide to do. This is the phenomenon of “herd immunity,” whereby a contagious disease ceases to spread within a population only if a high enough proportion of individuals become immune to the disease, usually through vaccination. So a crucial question arises in the context of a spreading disease: what are the consequences of free choice? And what is the most effective way for a populous herd to hear the key information regarding vaccination, its risks, and its benefits?

One proposal put forward recently by Richard Thaler and Cass Sunstein to address the tension between individual liberty and the common good goes by the name of “libertarian paternalism”: a strong nudge in the direction of proactive measures but stopping short of any compulsion backed by severe penalties. Such an approach would have earned Essentia 82 percent compliance, but not this year’s 99.5 percent. By Thaler and Sunstein’s reasoning, the goal of herd immunity is to be balanced against the good of non-compulsion. Will such a balance, however, be adequate to protect the public’s health? Answering as an honest broker requires raising some difficult empirical questions: How fatal or devastating is the disease in question? How effective is the vaccine for it? How realistic is a vaccination policy that relies on mandated compliance? And, finally, have good faith efforts been made to educate the public? At some point in the analysis it becomes clear that, although herd immunity is the ultimate goal, in order to get there, public health policy vis-à-visimmunization must also be heard and understood.

There are critical unknowns, as is usually the case in the field of medical ethics. A “nudge” of the sort Thaler and Sunstein advocate might work for a particular flu season, but may be an inadequate response to the most virulent seasons in combination with a recalcitrant public. Ultimately, we will have to determine if Essentia’s approach, which is geared to healthcare workers, is also an effective model for encouraging hearing — or inducing deafness — in the general public. What seems clear is that one way or another we, as a society, will have to come to terms with our connectedness to one another in a way that protects our health, and, at the same time, preserves our character.

Andrew Flescher is a professor of Family, Population, and Preventive Medicine and a professor of English at Stony Brook University and the author of “The Organ Shortage Crisis in America.”

Geoffrey Kabat is a cancer epidemiologist at the Albert Einstein College of Medicine and is the author of Getting Risk Right: Understanding the Science of Elusive Health Risks. Follow him on Twitter @GeoKabat.

This article originally appeared on Forbes as “Heard Immunity” — In An Age Of Vaccine Skepticism, It Is Critical To Understand Herd Immunity and has been republished here with permission.