Frankenfoods? A ‘terrible word’ that could describe more foods than you might realize

This article or excerpt is included in the GLP’s daily curated selection of ideologically diverse news, opinion and analysis of biotechnology innovation.
Opponents of GMOs have been unceasing in their campaign to vilify genetically modified foods by describing them as “Frankenfoods,” thus implying they are not natural and are potentially harmful.

“The practice of introducing new DNA and chemicals to seeds or animals (Aqua Advantage has developed a GMO fish) is similar to how Mary Shelly’s Frankenstein created his monster–—through piecing together lots of different organisms,” wrote the Organic Authority on its website—a common allusion in the anti-GMO world. “We all know what happened when the monster turned on Frankenstein, and many critics of genetic engineering have likened the inevitable backlash of GMO technology to the destruction and murderous rampage of Frankenstein’s monster.” 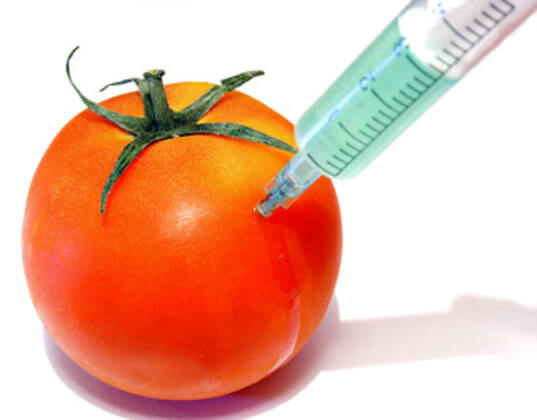 fruit or vegetable with syringes sticking out of them. Very often it is a fruit or vegetable for which there is no current GM equivalent such as a tomato. This depiction is used to reinforce the notion that GM foods are created in laboratories and not by nature and therefore are dangerous to consume.

With the constant barrage of scare-based imagery, it is not surprising that there is widespread public suspicion that GMOs are dangerous to human health. But there is little controversy surrounding GMOs within the scientific community with 88 percent of the members of the American Association for the Advancement of Science believing GMOs are “generally safe.” The safety of GMOs were once again reinforced by the May 2016 report by the U.S. National Academy of Sciences, Engineering and Medicine, which concluded, there was “reasonable evidence that animals were not harmed by eating food derived from genetically engineered crops”, and epidemiological data indicated there was no increase in cancer or other health related problems associated with these crops entering our food supply.

David Zilberman, a professor of agriculture and resource economics at the University of California, Berkley, has noted that Frankenfood was “a terrible word, a stigmatization word, one that’s used to scare people… People are afraid of GMOs for little or no reason. GM is simply a tool. Because it allows us to modify plants with far greater precision and control then before, it will be very valuable.”

The reality is that the vast bulk of the foods we consume whether organic or conventionally grown have had their genetics altered in the field or in a laboratory via a process of selective breeding or advanced biotechnology techniques, and all such foods are safe to eat. The altering of genes in plants is even known to occur naturally as highlighted by the sweet potato.

Scientists at the International Potato Center in Lima, Peru have found genes from bacteria in 291 sweet potatoes varieties, some 8,000 years old, including ones grown in the U.S., Indonesia, China and parts of South America and Africa, “People have been eating a GMO for thousands of years without knowing it,” said virologist Jan Kreuze, who led the study… This example might be helpful for regulators and scientists looking at the safety of GM crops.

In one form or another many plant breeding techniques including GMOs rely upon the use of a laboratory; by that measure, most crops that are produced could be considered to be Frankenfoods. Here are some examples of non-GMO lab-created foods:

Related article:  What are the Challenges Facing Modern Farming Around the World?

Although crops grown via GM technology and mutagenesis have both proved to be safe for human consumption and the environment, the National Academies has indicated that “regulating genetically modified crops while giving a pass to products of mutation breeding isn’t scientifically justified.” It should also be noted that genetic modification is a much more process and quicker method of breeding for certain traits then is mutagenesis.  A report by the UK government’s GM Science Review Panel concluded, “mutation breeding involves the production of unpredictable plants and undirected genetic changes and many thousands, even millions, of undesirable plants are discarded in order to identify plants with suitable qualities for further breeding.”

Henry I. Miller, a physician and molecular biologist, has addressed the notion of the supposed increased risks of genetically modified foods.

Wide-cross hybridizations and radiation-induced mutagenesis represent far more drastic tinkering with nature — and lead to far less predictable results—than the modern molecular techniques used to alter genes, but neither legislators nor anti-genetic-engineering activists have shown any concern about creating new plant varieties with those older techniques.  Even though the outcomes would by any reasonable definition be genetically modified or bioengineered, they are not subject to mandatory testing or review before entering the food chain…In contrast, if a gene is moved by recombinant DNA techniques, the resulting variety is subject to lengthy, hugely expensive, and increasingly politicized regulation…To be clear, it’s not the source of genetic material or whether DNAs from different organisms are mixed that confers risk; what is important is the function of the genetic alteration—for example, whether it could cause the organism to express a new toxin or allergen or become more weed-like.

True Frankenfoods are not grown in laboratories as the opponents of GMOs would like people to believe but instead are natural foods which contain toxic substances.  For example, rhubarb leaves are poisonous; if ingested, they could cause breathing problems, seizures, kidney failure and in some cases death.  Castor oil is made from castor beans which contain ricin. The Ackee fruit of Jamaica has toxic black seeds. There are many poisonous types of mushrooms; consuming about half of a death cap mushroom for instance is deadly for adults.

Cassava contains linamarin; when eaten raw, the digestive system will convert it to cyanide.  Eating just a few pieces of uncooked cassava root can provide a lethal dose.  Potatoes contain solanine, a natural toxin. As a result, consuming an uncooked potato can cause vomiting and diarrhea. The National Institute of Health advises against eating potatoes that are green below the skin because it is an indication of a high concentration of solanine. 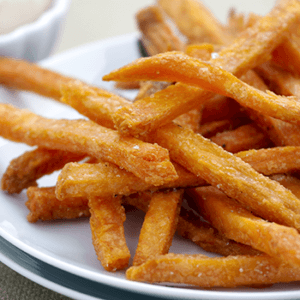 Acrylamide, found in potatoes, grain products and coffee, is classified by the EPA as “likely to be carcinogenic to humans” based on studies in lab animals. (Ironically, a potato that sharply reduces the production of acryladmide in fried potatoes has been developed by tweaking one gene—which has led anti-GMO activists to brand it a ‘dangerous Frankenfood’.)

The opponents of GMOs would like us to believe that genetic modification of crops has dangerous implications for our food supply. But the reality is that there is no evidence that it is inherently any more dangerous or riskier than any other plant breeding technique. It is merely another application of science to agriculture that is designed to help feed a growing word population.

Imagine if those who opposed grafting or hybridization because they viewed them as tampering with mother-nature and potentially dangerous to humans had succeeded in halting their development? If such were the case, the implications for humanity would have been quite detrimental. Those who oppose GM technology are likely to look just as foolish to future generations.