Sudden Infant Death Syndrome may be linked to genetic mutations

Kristen Hovet | May 21, 2018
This article or excerpt is included in the GLP’s daily curated selection of ideologically diverse news, opinion and analysis of biotechnology innovation.

It’s been called a parent’s worst nightmare, and one that very few of us have ever needed words to describe.

Rohit Saxena lost his daughter to Sudden Infant Death Syndrome when she was just six months old. Until the moment Jaya died, Saxena wrote, “I had known how to cry from my head but as we said goodbye, I learned that you can also cry from your chest and from your gut, and the sound is unforgettable. I pray that none of you ever has or ever will have to identify with that.”

Sudden Infant Death Syndrome (SIDS) is defined as the sudden and unexplained death of a seemingly healthy baby under the age of one, with 90 percent of cases occurring before six months of age.

Despite years of research, we still aren’t sure exactly what causes SIDS, though a new study suggests that genetics may play a role – through a mutation that interferes with the baby’s respiratory system.

SIDS is not a condition in itself or a cause of death. Rather, it is a term that is often assigned to cases where the cause cannot be determined or there is not enough information available.

SIDS has been linked to infants sleeping on their stomachs; prenatal exposure to alcohol, cigarette smoke, or drugs; postnatal secondhand smoke exposure; and co-sleeping — when parents sleep in the same bed as their baby. Other documented risk factors include being born premature and being born to mothers who are under the age of 20. SIDS accounts for over 2,000 deaths every year in the United States, and about 19,000 globally.

In 1992, the American Academy of Pediatrics recommended that babies sleep on their backs to prevent SIDS deaths. Then, in 1994, the US National Institute of Child Health and Human Development launched the Back to Sleep campaign, which is now called Safe to Sleep. On account of these efforts, SIDS rates dropped by 50 percent by the year 2000 and then plateaued.

It’s clear that even when all the precautions are taken, some infants continue to succumb to SIDS. This is what happened to Sarah Cormier’s four-month-old daughter, Quinn, on December 28, 2014. Quinn was sleeping on her back, alone in her crib, and no one in the house smoked; yet at some point between falling asleep and her next scheduled feeding an hour and a half later, she had passed away.

Many researchers are turning their attention to these infants — whose deaths seemed completely unpreventable — in an attempt to answer the question: What makes some infants who have perfectly safe sleeping conditions succumb to SIDS?

Many SIDS experts “theorize that babies who die suddenly and unexpectedly have underlying heart, brain, or other abnormalities that cause them to go to sleep and never wake up,” wrote Carly Weeks for The Globe and Mail. “In other words, while they may look, sound and act like healthy, normal babies, they have a condition that puts them at greater risk of sudden unexpected death.”

A recent case-control study published in The Lancet and led by Roope Männikkö of the MRC Centre for Neuromuscular Diseases, UCL Institute of Neurology and National Hospital for Neurology and Neurosurgery, University College London, was the first of its kind to look at the failure of respiratory muscles due to skeletal muscle dysfunction in cases of SIDS.

The case-control study included two cohorts of 278 SIDS cases of European ancestry and 729 ethnically-matched adult controls who did not have a history of cardiovascular, respiratory, or neurological disease. The researchers compared the rate of rare variants in gene SCN4A between the two groups. The SCN4A gene codes for the sodium channel NaV1.4, which is crucial for the proper contraction of respiratory muscle. 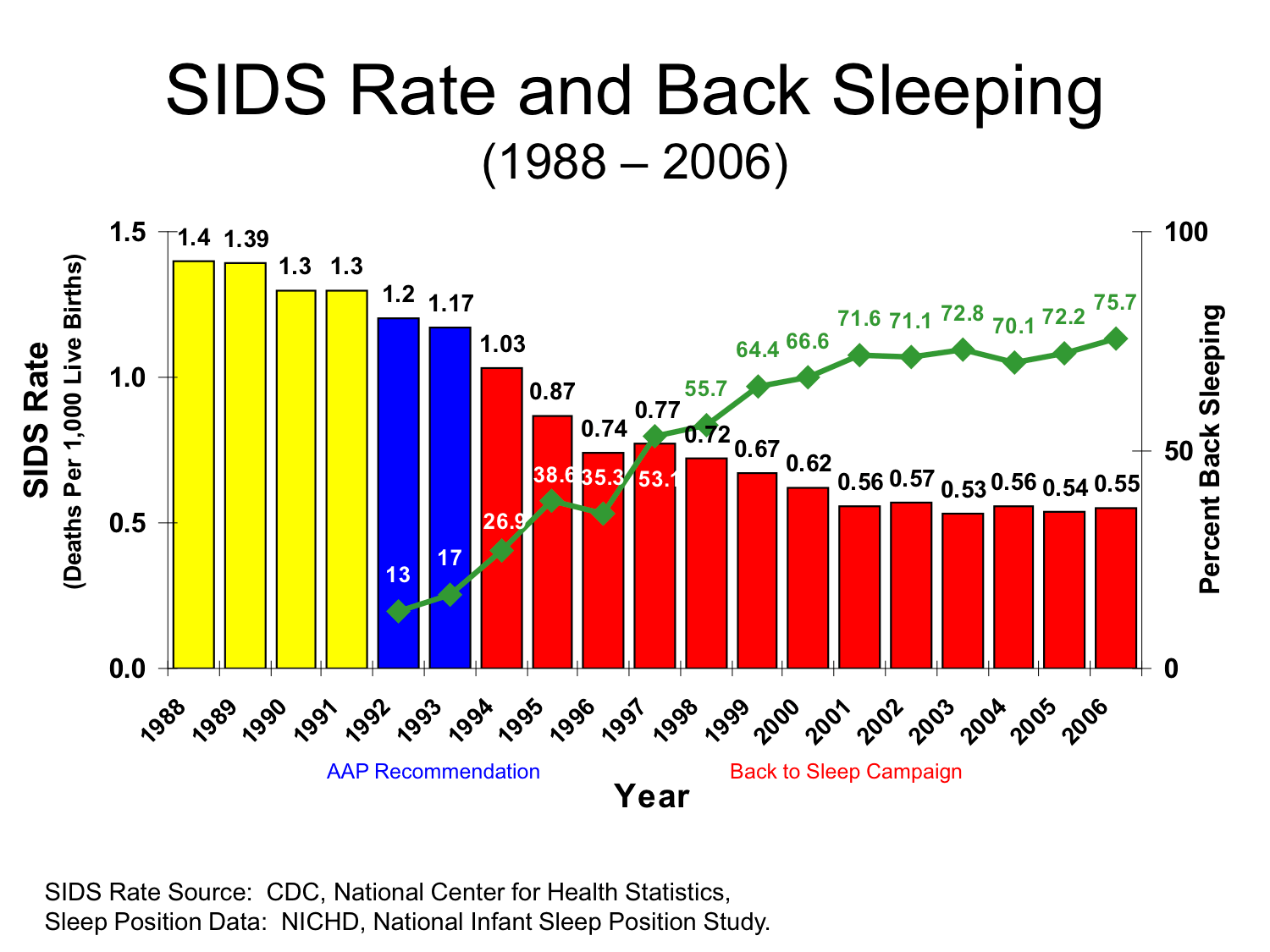 1.4% of the SIDS cohort was found to have rare functionally disruptive SCN4A genetic variants, whereas none of the controls had them. These harmful variants may be responsible for some instances where an infant exhibits a failure to correct their breathing, catch their breath, or cough in response to circumstances that limit the intake of oxygen — such as cigarette smoke, getting caught in a blanket, or congestion from a minor illness.

“We showed that rare variants that alter NaV1.4 channel function in a similar fashion to known pathogenic SCN4A variants were over-represented in infants who had died of SIDS compared with ethnically matched controls,” the researchers said.

They also stated that more research is needed to understand the link between the harmful SCN4A gene variants and SIDS. If a clear link is established, the good news is that medical interventions could be used to prevent cases of SIDS where respiratory muscle function is impaired.