When antidepressants fail: Are we looking at a new kind of depression?

Depression is one of the most frequently diagnosed mental illnesses, with an estimated 15 percent of the global adult population experiencing depression at some point in life. Antidepressants are a common treatment, but between 30 and 40 percent of those taking the medication do not respond. Some research suggests that almost half of all depressed patients may have treatment-resistant depression.

A team of researchers at a Japanese university recently provided new insight concerning the problem of antidepressants’ notoriously high failure rates. The team identified the mechanisms behind what some are calling a new form of depression. Though preliminary, their work could lead to the development of new antidepressants that stand to make the overall pharmacological treatment of depression more successful.

“For almost 40 years I tried every antidepressant doctors threw at me, to no avail,” writer and producer Hyapatia Lee told the Genetic Literacy Project. “I felt belittled, ignored, and personally attacked because my body did not respond as others felt it should. … My doctors did not explain anything to me. They blamed me for my situation,” said the 57-year-old, who currently resides in Southern Colorado. “It should not be incumbent upon those of us suffering [with depression] to magically transform into medical professionals and researchers to diagnose ourselves at a time when we are severely incapacitated to begin with.”

Lee’s experiences with treatment-resistant depression led her to look outside conventional medicine. “I coped by turning to my Native American traditional leaders, elders, and roots,” she said. But it was the uncovering of underlying medical conditions that helped solve the problem decades later, after Lee “had been on just about every antidepressant you can name since the late 1970s.”

The responses of Lee’s doctors may betray a certain blindspot in the medical community when it comes to treatment-resistant depression. Suggestions given to patients with treatment-resistant depression are frequently along the lines of reminding them to take their medication as directed, stop using drugs and alcohol, manage stress in their lives, get enough sleep and exercise, and focus on healthy eating. In other words, when regular treatment for depression doesn’t work, the finger is often pointed at the patient for what they are and are not doing in their lives to handle their depression.

And other treatment options for treatment-resistant depression include electroconvulsive therapy, repetitive transcranial magnetic stimulation and vagus nerve stimulation. These options do have rare but serious side effects and are not always effective. For example, electroconvulsive therapy (ECT) works well for some and not for others. Some ECT recipients felt no improvement in symptoms following treatment, some said the effects were initially beneficial but wore off quickly, while others said that ECT helped on some occasions but could not be counted upon to help each time. One individual named Tracy was discussed on the University of Oxford’s HealthTalk site: “Tracy suffered from post-natal depression as well as depression at other times of her life. She does not think ECT had any effect on her except to wipe her memory.” 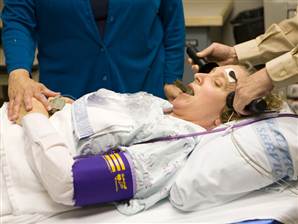 The prevailing framework for treating depression is over 50 years old and is based on the monoamine hypothesis. Any other hypotheses that have since emerged are in their infancy, and have not led to pharmaceuticals with improved antidepressant activity.

Some experts, such as Johan A. Den Boer, Senior Director of PRA Health Sciences in the Netherlands and professor of Psychopharmacology and Neuroscience at the University Medical Centre Groningen, have noted that “depression cannot be regarded as a single construct.” When expressed in this way, depression could be understood as several illnesses masquerading as one.

Patients who do not respond to monoamine-directed medications may have a newly discovered form of depression — one based on the levels of a protein called RGS8, encoded by the RGS8 gene, according to a study led by Hiroshima University. The results were published in Neuroscience in May.

The RGS8 protein controls a hormone receptor called MCHR1, or melanin-concentrating hormone receptor 1, which plays a role in regulating sleep, eating behaviors, and mood responses. Previous research has shown that RGS8 inactivates MCHR1, and having low or depleted levels of RGS8 leads to increased symptoms of depression. This points to a neuropeptide explanation for some instances of depression.

The Hiroshima study offered the first-known findings supporting “a modulatory role of RGS8 in the neurobiology of depressive-like behavior,” and was the first to examine RGS8’s effect in mouse models.

Research on these findings is only preliminary, but RGS8 is a promising candidate in efforts to create new antidepressant drugs for some individuals with treatment-resistant depression.