Gregory Jaffe | August 14, 2018
This article or excerpt is included in the GLP’s daily curated selection of ideologically diverse news, opinion and analysis of biotechnology innovation.

Two years ago, President Obama signed the National Bioengineered Food Disclosure Law (NBFDL) into law, requiring food manufacturers to disclose the presence of bioengineered foods and ingredients. That law required the U.S. Department of Agriculture to finalize regulations for the law’s implementation by its two-year anniversary; that deadline passed quietly on July 29, 2018 without any final regulation.

But the agency has at least been somewhat active. On May 4th, USDA did propose regulations, and it received more than 14,000 comments from the public (including a written submission by CSPI) before the July 3rd comment period deadline. Now, the USDA needs to go through those comments, consider them, and finalize its regulations—a process that will take at least several months. In the interim, it is worth identifying some of the important decisions the USDA must make, discussing different positions on those issues, providing CSPI’s take on those issues, and predicting how the USDA might resolve them. In so doing, it is important keep in mind the sage words of the Nobel Prize-winning physicist, Nils Bohr: “Prediction is very difficult, especially if it’s about the future.”

Under the NBFDL, a food manufacturer can choose among three different options to disclose foods or ingredients that are bioengineered: 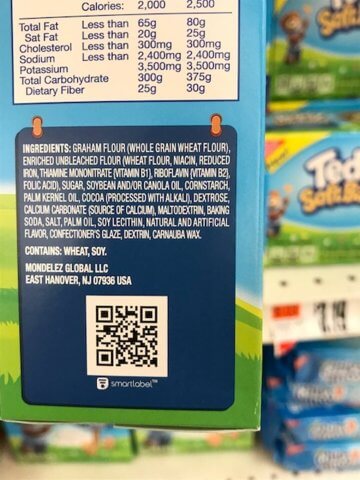 The NBFDL defines “bioengineering” to mean any food “(a) that contains genetic material that has been modified through in vitro recombinant DNA techniques; and (b) for which the modification could not otherwise be obtained through conventional breeding or not found in nature.” It also identifies exemptions from the disclosure requirements, such as food served in restaurants or similar establishments and food products from “very small food manufacturers.” As with any law, the devil is in the details. That’s why the USDA regulations are so important.

What term should be used to describe a product or ingredient that was produced from a bioengineered organism? In the NBFDL, Congress used “bioengineered,” but it gave the USDA the discretion to allow other “similar” terms. In its proposed rule, the USDA stated that it considered alternative phrases, but ultimately sided with only using “bioengineered.” That decision is supported by trade associations representing different parts of the food industry (e.g., the Grocery Manufacturers Association, Food Marketing Institute, American Soybean Association, and American Farm Bureau Federation).

Many organizations and food companies (including organic ones) are urging the USDA to allow the use of other terms, specifically “genetically engineered,” “genetically modified,” and/or “GMO.” Some (Campbell Soup, for example) argue that “GMO” is the most familiar and preferred term for consumers. Others (including Stonyfield) argue that there should be consistency among government programs and that “GMO” is used in the USDA’s National Organic Standards Program. Still others (like the Environmental Working Group) argued that “bioengineering” is a term associated with the medical field, not food. At the same time, some comments pointed out that all crops have been “genetically modified” from their ancestors or that “GMO” can be misinterpreted by consumers who think that a live “organism” is part of the food.

CSPI’s Position: Disclosures should only be allowed to use “genetically engineered” or “bioengineered” since both are scientifically accurate terms and the FDA uses both of those terms in its voluntary labeling guidance.

Issue 2: What Symbol to Use

The NBFDL gives food manufacturers the option of disclosing bioengineered foods using a symbol instead of text on the package. The USDA proposed three options for the public to comment on:

As expected, reactions varied tremendously. A coalition of a large majority of the food industry preferred the first symbol. But, many commenters disliked all three symbols because they portrayed GMOs in too positive a light. Some described the second and third as a “smiling sun” and a “winking face.”

CSPI’s Position:  USDA should require use of a neutral symbol. While none of the proposed symbols are neutral, the first alternative is the best of the ones proposed.

Issue 3: Whether to include Highly Refined Ingredients and Products

Want to follow the latest news and policy debates over agricultural biotechnology and biomedicine? Subscribe to our free newsletter.
Related article:  Viewpoint: Criticism of GMO crops in India is 'deeply flawed'

The second option is that highly refined ingredients should be disclosed. That position is supported by many consumer and environmental groups, members of the organic industry, food companies, and food retailers. They make several different arguments, including: 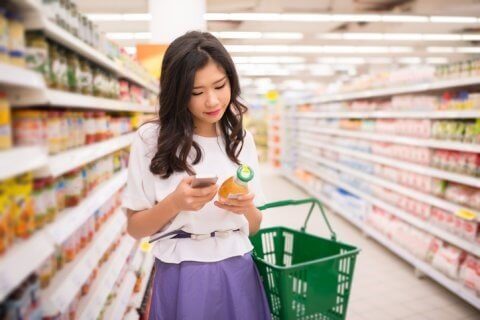 Prediction:  80% chance that the USDA will require disclosure for highly refined ingredients, but without different language.

Issue 4: Whether to Include Gene-Edited Agricultural Products

Should only traditional genetically engineered organisms (i.e., where a foreign gene has been added) be disclosed, or should disclosure also include products that contain ingredients produced through newer gene-editing techniques (i.e., using techniques such as CRISPR, where DNA changes can be made within a species without adding foreign DNA)? The question arises because two terms in the definition of “bioengineered” need clarification—“conventional breeding” and “found in nature”. How those terms are defined will determine which breeding techniques trigger disclosure.

The food industry is mostly united in the position that gene-edited products should not require disclosure. They argue that “conventional breeding” should be defined as methods that take advantage of the existing potential genetic variability of an organism. If a gene-edited product could have been produced through conventional breeding, such as chemical mutagenesis, then it should not be subject to disclosure. Similarly, “found in nature” should be broadly defined to include all types of genetic modification—such as deletions, insertions, substitutions, and duplications—if they are within the organism’s own genome (i.e., no foreign DNA in the product).

CSPI Position: We did not take a position on this issue.

Prediction:  Less than 15% chance that the USDA will include gene-editing.

Issue 5: When Disclosure will Occur

According to the proposed rule, food manufacturers must disclose the presence of bioengineered foods and ingredients by January 1, 2020, which is the date by which foods must carry the updated Nutrition Facts label. If the final regulations had been issued on July 29, 2018, food manufacturers would have had 17 months to implement the NBFDL.

As expected, commenters provided a spectrum of views. Those who want an all-encompassing disclosure rule also want food manufacturers to comply no later than the USDA’s proposed date. But, many food manufacturers asked for more time. For example, Danone and the Food Marketing Institute asked for 24 months from the publication of the final rule, while Walmart asked for three years.

Regardless of the compliance date, it will take a significant amount of time for the USDA to review the comments, address the issues, and finalize the regulations. In addition to the big-ticket items discussed above, there are dozens of details that are essential to a regulation that provides uniform information to consumers.

CSPI’s Position: We did not take a position on this issue.

We’re newcomers to the world of predictions, so don’t bet the house on these. It’s probably best to heed Lao Tzu on this matter: “Those who have knowledge, don’t predict. Those who predict, don’t have knowledge.”

Gregory Jaffe is the director of the Project on Biotechnology at the Center for Science in the Public Interest. Follow him on Twitter @JaffeGregory.

This article was originally published at the Center for Science in the Public Interest as Forecasting the USDA’s Final Bioengineered Disclosure Rule and has been republished here with permission.