GMO wine: Are we ready for it?

Grapes that make wines are some of the most genetically modified organisms in the world. It’s just that this modification hasn’t happened using modern gene-editing.

But now, a number of studies are underway to introduce new traits in wine grapes through GMO techniques. While the techniques could help winegrowers face significant challenges to grape harvesting, many issues could stand in the way. Surprisingly, they nothing to do with anti-GMO activism.

While there are tens of thousands of grape varieties that could be candidates for a perfectly good (maybe even excellent) wine, most aren’t used. That’s because the industry focuses on just a few centuries-old varieties, like Chardonnay, Pinot or Cabernet Franc. And in some growing areas like France, Italy and California, only those varieties will do. According to a USDA study, wine-grapes have been harvested for at least 8,000 years, and our well-known successful varieties have been cultivated (and kept genetically the same) for nearly that long.

This makes introducing traits through conventional breeding impossible. As veteran plant biologist Steve Savage pointed out, a new variety, no matter what it could do, wouldn’t be acceptable:

For annual crops like grains or vegetables, new varieties are bred on a regular basis to solve pest issues or to improve features like taste or shelf life.

Conventional breeding isn’t a viable option for wine grapes, not because it couldn’t be done, but because in an industry so focused on quality and tradition, no one would consider it. The wine industry is based on specific varieties which are hundreds of years old and for which no new variety would ever be acceptable. 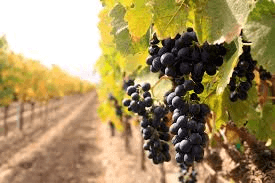 So, these wine grapes have been cloned, growing from cuttings or grafts. This practice doesn’t just make traditional breeding an unthwartable obstacle. It also makes the grapes highly susceptible to disease. Breeding could have avoided susceptibility to a number of diseases plaguing wine grapes today, including Downy Mildew, leafroll virus, and Pierce’s disease (a bacterial disorder spread by an insect).

But genetic engineering could help, because introducing a gene creates a trait, and doesn’t change the variety. Gene editing would also produce the same result. A number of experiments are underway to see what improvements — including defense against disease — could be managed by genetic engineering. The technique could even eliminate hangovers!

These research projects look promising for fending off disease and other issues with creating wine, even promoting desirable traits in the drink. The techniques also have the advantage of not actually changing a variety, so your Cabernet Sauvignon will be the same Cabernet it’s been for centuries (maybe millennia).

But it’s still genetic engineering, and that fact has garnered some opposition. The environmental group and GMO-foe Greenpeace issued a study in the United Kingdom showing retailers and wine merchants would be hesitant to sell genetically modified wine. France has made similar statements, while the wine-growing region of Mendocino County, California, has tried to block the use of GMO plants, including wine grapes.

However, a little light shown on how genetic engineering actually works can convert a skeptical public. A study from Washington State University showed that when presented with information about genetic modification of wines and wine grapes, 321 study participants began to hold GMO grapes in a more positive light. According to the researchers, “consumers would choose a GM wine over traditional options if the GM wine has a superior appearance and the ability to eliminate a hangover. Furthermore, consumers express equal acceptance of GM wines and traditional counterparts when there are no differences in aroma and taste.”

There may, after all, be a time for GMO wine.