How DNA health screening of pets can lead to tragic consequences

This article or excerpt is included in the GLP’s daily curated selection of ideologically diverse news, opinion and analysis of biotechnology innovation.
The promise of a sequenced genome is like a wrapped present, containing exactly what you always wanted but never knew you could get: predictions of all your future health problems and instructions for how to avoid them. Pet owners are the latest to fall prey to the myth of the “magic genome,” hoping that genetic testing will keep their animal companions alive and healthy for longer than ever before. The claims of many genetic testing companies encourage these unrealistic expectations.

The pet genetic testing industry has boomed in recent years as sequencing technology has improved and costs have plummeted. Several companies now tout direct-to-consumer tests that can screen companion animals, mostly dogs, for more than 150 genetic diseases including heart disease, kidney disease, and epilepsy. As a veterinarian and genomics researcher, I encounter dog owners who truly believe that genetic sequencing will save their animals’ lives.

What most pet genetic testing companies fail to make clear, though, is that genetic testing is riddled with uncertainty. Not all pets that test “clear” for a disease are truly safe from that condition. And pets who test “at risk” for a disease may never actually develop it. Even when uncertainties are properly conveyed, the tests often turn out to be based on immature science. Add to that the fact that the pet-testing industry is wholly unregulated, and you have a dangerous mix.

The direct-to-consumer (DTC) genetic testing industry has already wrestled with reliability issues in human tests. In 2013, the U.S. Food and Drug Administration ordered the company 23andMe to stop selling its genetic health tests, citing concerns that the tests hadn’t been validated. The company was later cleared to resume selling its product, but under increased regulatory scrutiny. Unlike genetic tests for humans, direct-to-consumer tests for pets are offered with no regulatory review.

That has allowed pet testing companies to make claims that simply don’t stand up to scientific scrutiny: that the tests will lead to longer lifespans and improved veterinary care, for instance, or that they can determine whether a dog is at a healthy weight. These marketing campaigns mislead consumers into expecting that a panel of genetic tests will help their veterinarian accurately predict which diseases their dog might develop throughout its life. 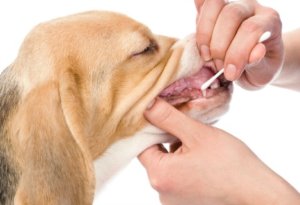 Those unrealistic expectations can have tragic consequences. Take the pug whose story was told under the pseudonym “Petunia” in a recent Nature commentary by veterinarian Lisa Moses and colleagues. (I work as a postdoctoral associate in the laboratory of one of the coauthors, Elinor Karlsson.) At age 13, Petunia began to have trouble walking and controlling her bowels — symptoms suggestive of a neurological disease. When her owners administered a DTC genetic test, Petunia tested positive for a mutation linked to a fatal neurodegenerative condition and was subsequently euthanized. It’s not clear whether the owners knew that as few as 1 in 100 dogs who test positive for the mutation go on to develop the neurodegenerative disease. And, as Moses and her coauthors point out, the pug’s symptoms could easily have been due to a different, treatable disease.

It would be unfair to blame Petunia’s death entirely on her owners. The strong emotional attachments many pet owners have with their pets makes for a consumer base that’s especially receptive to over-enthusiastic marketing claims. Owners who have lost previous companions to terminal diseases may be especially desperate for reassurance that their new puppy will live a long and healthy life. In the face of life’s many complexities, there’s comfort in simple yes and no answers.

Dog breeders, too, can fall into the trap of putting too much faith in testing companies’ marketing claims. Some breeders market their puppies as “clear” on certain disease biomarkers based on results of tests that haven’t been properly validated. Others may opt against breeding an otherwise healthy dog because it was deemed by a DTC test to be a carrier of a disease-related mutation. That’s especially troubling given the trend of declining genetic diversity in dog populations. Already, inbreeding of purebred dogs has increased risks of genetic diseases: Golden Retrievers now have an approximately 60 percent chance of developing cancer in their lifetime, and Australian Shepherd lifespans have declined 11 percent since the 1990s. Unnecessary shrinking of the gene pool only exacerbates the problem.

The trouble with pet genetic tests is that, unlike human genetic tests, which must be rigorously validated over multiple studies before being deployed commercially, pet tests aren’t subject to scientific standards. A single research study identifying a single-marker disease association in a single breed can become the basis for a test that’s applied to all breeds. As a result, it’s virtually impossible for a clinician to know how much stock to put into a given test’s results.

Take, for example, the typical genetic test for glaucoma. An extremely persistent consumer who traced the test back to its underlying scientific study would discover that the study applied only to Norwegian Elkhounds. A Labrador Retriever’s “clear” test would be meaningless.

Our persistent consumer would also find that the sample size in the study was tiny: It included just nine cases — that is, nine dogs with glaucoma — and eight healthy dogs as controls. The researchers did follow-up validation testing that identified the glaucoma marker in another seven dogs, still a small number by genetic testing standards. Also, two dogs who had glaucoma nevertheless tested negative for the genetic marker, and one healthy dog tested positive. Without a larger sample size or a study that follows dogs over time, it’s difficult to explain these discrepancies. The possibility remains that glaucoma risk can’t be explained by a single genetic marker. Other important caveats also commonly go overlooked: Positive test results may be associated with only a slightly above normal risk, and tests are sometimes performed with unproven technologies that differ from those used in the original study.

For what it’s worth, the Elkhound study was published in an open access journal; many papers are cordoned off from the public by paywalls. But even if a persistent consumer manages to get access to a paper, modern genetics articles are so densely packed with jargon that they can be all but unreadable to anyone without advanced training in biotechnology.

Pet genomic testing companies routinely advise customers to consult a veterinarian about their test results. But veterinarians have minimal training in genomic medicine, and most of them are ill-equipped to critically assess genomic tests. I should know. When I graduated veterinary school six years ago, I had no idea how to approach a modern genomics paper. I didn’t learn those skills until I embarked on a graduate degree in genomics. Even now, I have to scramble to keep up to date with industry advances, as do most genomics researchers. In this exploding field, new techniques seem to appear monthly.

In their Nature commentary, Lisa Moses and her colleagues advocate for considering government measures akin to the regulation that put limits on the human DTC genetic test industry in the wake of the 23andMe case (though the jury’s still out about how effective that regulation has been). Moses and her colleagues argue for improved access to genetic counseling for pet owners and, critically, for increased sharing of the data and study results used to develop genetic tests.

As the floodgates of genomic information open, society will often find itself grappling with the question of how to clearly and accurately present that information to the public. If we can’t provide adequate access to educational resources and expert advice, the public will continue to be vulnerable to misleading advertising practices.

Jessica Hekman is a postdoctoral associate at the Broad Institute of MIT and Harvard. Follow her on Twitter @dogzombieblog

A version of this article was originally published on Undark’s website as “Pet Genetic Testing Companies Are Making Promises They Can’t Keep” and has been republished here with permission.