How does cancer kill?

Often, cancerous tissue interferes with or blocks the normal physiology we need to live like digestion or respiration. Other times, the tumor is producing a substance that is lethal to the rest of the body.

But according to Dan Rodgers, director of the Washington Center for Muscle Biology at Washington State University, about half the people who die from cancer, actually die from muscle wasting. And it’s not just cancer where muscle wasting is a problem.

We can all probably recall examples of people who are in stages of significant deterioration due to disease—one of the common mental pictures is one of the individuals’ becoming progressively frail until mortality consumes them. From diseases like Duchenne muscular dystrophy, cancer, chronic infection, and old age, muscle wasting takes its toll on the body, making its sufferers weak and frail.

Roger also notes that chronic diseases, many of which are accompanied by muscle wasting, impact about half the world’s population. So between these conditions and cancers, muscle wasting has a tremendously high representation in the population. Therefore, making strides against it has the potential to remarkably impact the health status of conservatively hundreds of millions of people.

How does muscle wasting occur? While it can occur from malnutrition, that’s not the only way it can progress as it can be a direct consequence of several severe diseases.  For example, cancer can lead to muscle wasting problems through biochemical pathways all their own. In many cases, the loss of strength and muscle, in general, isn’t the primary concern—but the fact that the heart muscle is also affected, leading to heart failure, which can be fatal.

In the case of cancer, it’s an effect called cachexia, which occurs when tumors secrete a hormone called myostatin, which causes the breakdown of muscle tissue. It seems simple: Stop the myostatin, improve the muscle wasting. However, throughout the body, myostatin plays a valuable role when properly controlled in healthy people. In fact, previous research in this area has suggested that it isn’t safe to systemically block myostatin’s effects. So the researchers are looking at a novel method of stopping myostatin only in the skeletal and heart muscles (not systemically).

You may have heard of certain nutritional supplements, most notably beta-hydroxy-methylbutyrate or HMB, being marketed for maintaining muscle mass. HMB is a naturally occurring amino acid metabolite which has been researched for over two decades for its ability to slow the breakdown of lean muscle. While there are data to suggest that HMB and other compounds could work to prevent small reductions in muscle mass, they don’t pack enough punch to promote survival in more dire conditions—like someone dying of cancer. 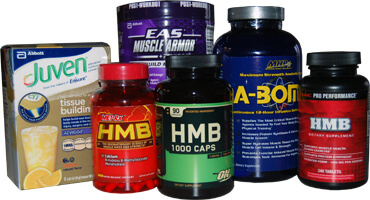 Researchers, including Paul Gregorevic, of Baker IDI Heart and Diabetes Institute in Australia, have identified a piece of DNA, the signaling protein Smad7, which when inserted into affected muscle tissue, delivers the desired preventive effect. The first challenge: How to get the signaling protein Smad7 directed only to the muscles and not throughout the body? By selecting an adeno-associated virus (AAV) which targets only skeletal and cardiac muscle cells, the Smad7 payload can be delivered precisely to the muscles themselves and not distributed throughout all body tissues.

How the protein signaling works is like this: Smad7, when incorporated into muscle cells, inhibits Smad2 and Smad3, which are triggered to cause muscle deterioration by myostatin and other catabolic wasting hormones. Interestingly, there is a metabolic pathway in the process of cachexia that causes breakdown of intracellular proteins and seems to be reversed by HMB. By blocking the triggering of Smad2 and Smad3, the muscle wasting effects are prevented. If this treatment worked, it could go a long way in lengthening the survival duration of millions of patients.

With muscle wasting taken out of the equation, cancer patients could be given an extra decade or more for more effective treatments to be developed. It could also greatly improve the quality of life for many people suffering from chronic diseases like muscular dystrophy.

In a lot of ways, finding a cure for muscle wasting is akin to the standard operating procedure of an emergency room: triage. By dealing with the most critical cases first, more people can be helped. By triaging one of the critical causes of mortality first, patients can remain stronger for longer to increase their survivability.

Ben Locwin, Ph.D., MBA, MS, is a contributor to the Genetic Literacy Project and is an author of a wide variety of scientific publications in books and magazines. He is an expert contact for the American Association of Pharmaceutical Scientists (AAPS), a committee member of the American Statistical Association (ASA), and also a consultant for many industries including biological sciences, pharmaceutical, psychological, and academic. Follow him at @BenLocwin