This gene gets blamed for migraines and a litany of other health issues. Reality is more complex

This article or excerpt is included in the GLP’s daily curated selection of ideologically diverse news, opinion and analysis of biotechnology innovation.
The MTHFR gene is getting a lot of attention these days for its role in our health and longevity. We’ve seen reports suggesting that malfunctions with this particular gene are responsible for everything from migraines and chronic fatigue to coronary artery disease, mental illness and substance use disorders. But the reality is more complicated, because genetics is a probabilistic science and MTHFR variants are complex.

Variations known as polymorphisms in the gene affect the function of the enzyme produced. If the enzyme is less efficient, then homocysteine levels in the blood may rise and folate levels may drop. This loss of efficiency has been blamed for a wide range of disorders. But according to 23andMe, “the existing scientific data doesn’t support the vast majority of claims that common MTHFR variants impact human health.”

Most variants have no particular real-world effects. But one may be important. Called C677T because it is located at position 677 on the gene, it should have a cysteine (C) but instead has a thymine (T). This change is known as a single nucleotide polymorphism (SNP).

Since the MTHFR gene comes in a matched set, a person can have two C’s, which is normal, or two T’s, known as homozygous, or one T and one C, known as heterozygous. In the homozygous version, people have around 30 percent of normal enzyme activity, and the heterozygous version, efficiency is around 65 percent of normal. There is also an extremely rare mutation affecting around 1 in 200,000 people that can cause homocystinuria, in which the body is unable to process certain building blocks of proteins. 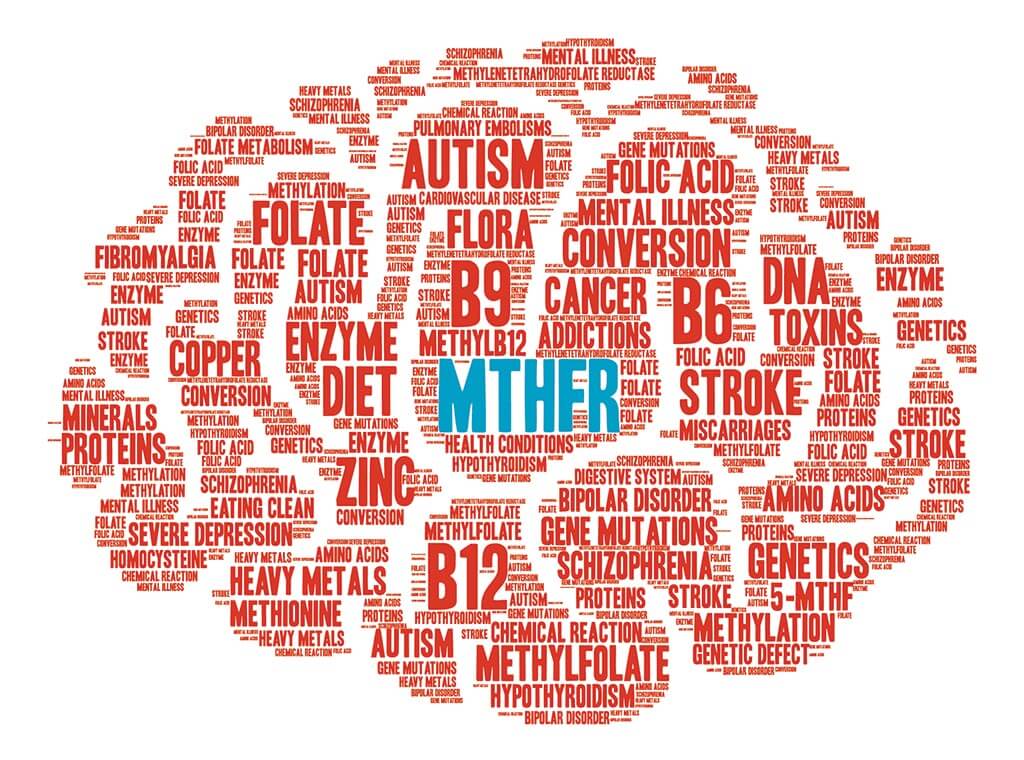 But research continues to find intriguing links between the C677T polymorphism and an increased risk to some people for certain conditions.

For instance, a recent Hematology study looked at the CC, CT, and TT types in deep vein thrombosis (DVT) in legs, a potentially life-threatening form of blood clot. The results showed that “the frequency of MTHFR 677TT genotype may be correlated with the morbidity of DVT.”

Similarly, the Asian Journal of Biology published a study finding that the variant was more significantly associated with coronary artery disease patients.

And researchers have also looked at the role of this variant in migraine. A 2018 study in the Italian Journal of Pediatrics found that the TT version “was associated with an increased risk of any type of migraine” in children.

But MTHFR variants can cancel each other out, it seems. A study in Cancer Management Resources looked at the combination of C677T and A1298C, a separate polymorphism, for susceptibility to lung cancer among female Chinese. The results showed “the MTHFR C677T polymorphism may contribute to the development of lung cancer and lung adenocarcinoma.” However, A1298C was seen as possibly lowering risk.

In some cases, the C677T variant turns out to be less concerning than previously thought. A 2012 study in the Journal of Rheumatology suggested that it was associated with problems for people on methotrexate. But a 2016 study that looked at juvenile idiopathic arthritis concluded that it was “not found to be significantly more frequent in JIA patients” who were intolerant to methotrexate.

At a broader level there are intriguing possibilities. Genetics is only sometimes about a mutation in a single gene causing a catastrophic change. More often, a gene like MTHFR is part of a larger network whose overall function may be affected by variants.

For instance, the LifeKit Predict by Prescient Medicine for genetic testing of opioid addiction risk includes C677T among the variants thought to increase risk. The mechanism is unclear here, and Prescient only claims a statistical association.

It may also play a role in chronic fatigue syndrome and fibromyalgia. The Nova Southeastern University Institute for Neuro-Immune Medicine recently started a small-scale study on the association between this variant and CFS. The idea is that tweaking folate levels in some individuals may be useful.

These findings represent an increasing understanding that genetics is often probabilistic, and genes operate in a complex web of interconnections. C677T may confer increased risk, at least in specific groups of people for certain diseases or disorders. Since these disorders – in particular cancers and cardiovascular disease – are multifactorial, sorting out the effects of MTHFR is difficult.

MTHFR is involved in a wide range of physiologic processes. This means that the C677T variant may play a role in the development of many diseases and disorders. But the effect, if any, is relatively small and better seen as probabilistic rather than deterministic. Further investigation will clarify these effects and the best ways to mitigate against them.

Roger Chriss is a technical consultant in Washington state, where he specializes in mathematics and research