This article or excerpt is included in the GLP’s daily curated selection of ideologically diverse news, opinion and analysis of biotechnology innovation.
Experts and laypeople alike often have high expectations for what personal genetic data can offer in the way of health and longevity. It seems logical that having better access  to personal genetic information would inspire better lifestyle choices and proactive medical decisions.  The majority of research suggests, however, that greater knowledge of personal genetic information tends to do little when it comes to health-improving behaviors. But now we have a new study out of Finland challenging previous findings and offering a boost to genetic test optimists.

Ten years ago, most people wouldn’t have thought it important to know their personal genetic information. The extent of the public’s interest in the human genome mainly covered such phenomena as carrier screening or prenatal testing. A lot has changed since then. With significant advances in genetics and the rise of direct-to-consumer genetic testing companies (like 23andMe), just about everyone knows about genetic testing.  Many of us have already taken a test, or plan to in the near future. And though utilization of genetic information in primary care settings has been slow and patchy, some physicians are starting to use genetic data in designing patient care.

And it seems that people might actually be willing to listen to what their genes are telling them. The Finnish project, called GeneRISK, suggests that learning personal genetic data has a direct impact on personal health. This could be seen in the form of lifestyle changes (weight loss and smoking cessation) and informed medical decisions (increased health screening and preventive surgeries). Since these findings vary considerably from those that came before, they could reflect changing attitudes about genetics and highlight the importance of how genetic data is delivered.

“I believe genetic testing saved my life,” Kim Horner, 51, told the Genetic Literacy Project. In early 2009, Horner, author of the forthcoming book, “Probably Someday Cancer: Genetic Risk and Preventative Mastectomy,” opted to have genetic testing for BRCA. Her genetic counselor confirmed that she indeed had a BRCA2 mutation.

“I knew I was high risk but had no idea my risk was as high as the estimates I received,” Horner said. At that point, she had two options: sweep the information of the mutation under the rug — hoping that the genetic variant would never lead to cancer, or act on the information by making important medical decisions. She chose the latter.

“Finding out I have a BRCA2 mutation was scary, confusing, and overwhelming. And it made me want to take better care of my health,” Horner said. She opted for close surveillance, preventative mastectomy with reconstruction, and surgery to remove her ovaries. “The breast pathology found I had very early stage breast cancer.”

Horner also made changes to her lifestyle, moving from a vegetarian diet that included cheese and imitation meats to eating more vegetables and less fat. “I exercise more, and am excited to be doing my first half-marathon on December 9th,” she said.

While knowledge of genetic risk led to swift action in Horner’s case, this is far from the usual expected response, according to older research. Most people respond with varying levels of apathy, presumably due to mistrust or skepticism regarding the accuracy of genetic testing. Another common response is fatalism — believing that if disease risk is “written” in one’s genes, there is nothing that can be done. Others, learning that they are not at risk for certain diseases actually increase unhealthy behaviors like smoking and heavy drinking, thinking that their DNA protects them against becoming ill.

This unfortunate reaction reflects widespread ignorance about what genetic tests can and cannot tell us. Affordable direct-to-consumer (DTC) tests do not cover the entire genome (though the list of conditions and traits they do cover continually expands), and the companies that sell them stick to informing consumers about genetic variants that are relatively common and have ample research behind them.

What many do not know is that having a variant or set of variants associated with a specific disease doesn’t mean the condition has already developed, nor does it mean it necessarily will. There are many other factors involved, which vary from person to person and from condition to condition. Additionally, not all gene variants leading to disease have been identified. So even with whole genome sequencing (which costs between $700 and $5,000, depending on the company and technology involved) it’s impossible to uncover one’s complete genetic health risks. In short, consumer genetic tests provide a very small window into a person’s expected health trajectory.

Direct-to-consumer genetic testing companies are trying to improve how information is delivered to consumers, to help avoid incorrect interpretations, but it’s unlikely that all consumers carefully read the information accompanying their results.

Related article:  DNA test for your dog? Here's what your vet thinks about it 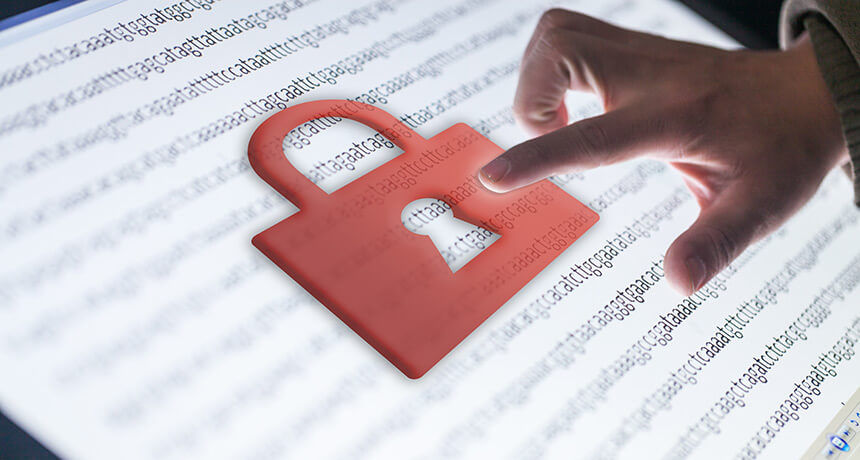 A 2016 research review published in The BMJ concluded that communicating DNA-based disease risk has only a small impact on health behaviors. The research has been seen as a blow against those who argue that personal genetic testing will motivate behavior change more successfully than knowledge of other biological markers (like blood pressure, blood cholesterol, glomerular filtration rate, prostate-specific antigen [PSA], and so on). While some individuals who are already health-conscious and highly motivated tend to act on knowledge of their genetic health risks, the majority of responses are quite the opposite.

The researchers looked at 18 studies covering a variety of conditions, including cancer, Crohn’s disease, Type 2 diabetes, heart disease and Alzheimer’s. The studies showed that informing participants of their risks led to no overall effects on health behaviors like smoking cessation, alcohol use, sunscreen use, diet or physical activity.

“The evidence in this review suggests that communicating DNA based disease risk estimates has little or no effect on health related behaviour,” they wrote. Though genetic testing may have a role in such health strategies, they likely need to be combined with other tests and interventions.

The researchers also noted that the 18 studies included in their review did not use valid measures of behavior. For example, many used self reporting even when objective measures were available. Many of the studies were also deemed to have a high risk of bias and were generally of poor quality. Even then, the numbers indicate that the positive jolt to health behaviors that was expected with the rise of genetic testing has not panned out.

The answer might lie in how the genetic information is communicated. Consumer genetic tests generally are simply offering bare-bones information. While some providers recommend genetic counseling or offer this service at an additional cost, most don’t mention it. More often than not, the consumer is left to interpret their results, sometimes with the help of a few Google searches. And the majority of people are not well-versed in genetics, making the task of interpretation confusing or overwhelming. What’s more, some tests allow consumers to opt-out of information on disease risks deemed potentially disturbing. Those who opt-out may be more inclined toward apathetic or fatalistic responses.

Cinnamon S. Bloss, associate professor of psychiatry, family medicine, and public health at the University of California, San Diego, and her fellow researchers wrote that “while simple communication of genomic information and disease susceptibility may be sufficient to catalyze lifestyle changes in some highly motivated groups of individuals, for others, additional strategies may be required to prompt changes, including more sophisticated means of risk communication.” Finland’s GeneRISK study, which tracked over 7,320 individuals, provides hope that when presented in certain ways, the communication of genetic disease risks could lead to profound changes in health behaviors. Elisabeth Widen, MD, a senior scientist at the Institute for Molecular Medicine at the University of Helsinki, and her colleagues developed a web-based tool called KardioKompassi that allowed patients to see their 10-year risk for heart disease, according to genetic findings.

“Where a patient’s overall disease risk was elevated, KardioKompassi advised the participant to contact their doctor in order to discuss how best to reduce it,” Widen said. The inclusion of the timeline of risk and suggestions of actionable behaviors may have been responsible for the success of the project. About 90 percent of the participants said that the personalized genetic information led to direct improvements in their health behaviors.

Of particular interest to the researchers were smoking cessation and weight loss — two indices that are important when it comes to reducing cardiovascular disease risk. When GeneRISK participants were assessed a year and a half after their first contact with KardioKompassi, 17 percent of smokers had quit and almost 14 percent had sustained weight loss. (The general population has a smoking cessation rate of around four percent.)

GeneRISK participants will be called in for follow-up over the next two decades, and their health status will be closely tracked. “Our results show that this approach to managing and interpreting genomic data for individuals is feasible and effective,” Widen said. “We think that our study provides a model for the use of such data in healthcare that can be easily adapted to other diseases, where we believe that it is likely to be equally valuable.”