Kristen Hovet | February 5, 2019
This article or excerpt is included in the GLP’s daily curated selection of ideologically diverse news, opinion and analysis of biotechnology innovation.

Antibiotic resistance and the rise of “superbugs” could result in 10 million deaths each year by 2050, unless this mounting global health crisis can be halted. Currently, at least 23,000 Americans die each year as a direct result of antibiotic-resistant microbes, while an unknown number die from related complications. The development of new antibiotics has become one of the most pressing goals of our time, yet it’s not happening quickly enough. The superbugs are winning.

Recent research from the University of Manchester’s school of chemistry has introduced the possibility of a new form of antibiotic production which could help in the war against antibiotic-resistant superbugs. Researchers discovered the biosynthetic pathway of an antibiotic called malonomycin using CRISPR/Cas9, the revolutionary and sometimes controversial gene-editing tool.

Antibiotics have been used to treat certain diseases since the 1940s, when penicillin was developed from a type of fungus called Penicillium. Penicillin fights illnesses caused by gram-positive bacteria like Staphylococcus (which causes staph infections) and Pneumococcus (which causes pneumonia and middle ear infections). Ever since the first clinical use of penicillin, hundreds of antibiotics have been discovered or synthetically produced, including antiparasitic and antifungal antibiotics. While antibiotics have saved countless people from death and disability, their inappropriate use has led to the widespread problem of antibiotic resistance. This means that relatively simple infections — treated easily just decades ago — are turning into life-threatening or disabling illnesses.

We are looking at certain bacteria that infect humans that have become resistant to most or all known currently available antibiotics. Most bacteria that commonly infect humans have developed some bacterial resistance including the most common cause of pneumonia and urinary tract infection. Numerous other examples include malaria and tuberculosis, as well as gonorrhea.

By using a combination of bioinformatics, in vitro experiments, and CRISPR/Cas9 gene editing, researchers at the University of Manchester in collaboration with the University of Cambridge were able to identify the previously unknown biosynthetic pathway of the antibiotic malonomycin. This antibiotic is produced in Streptomyces rimosus paromomycinus and is known to have antiprotozoal and antifungal activity. 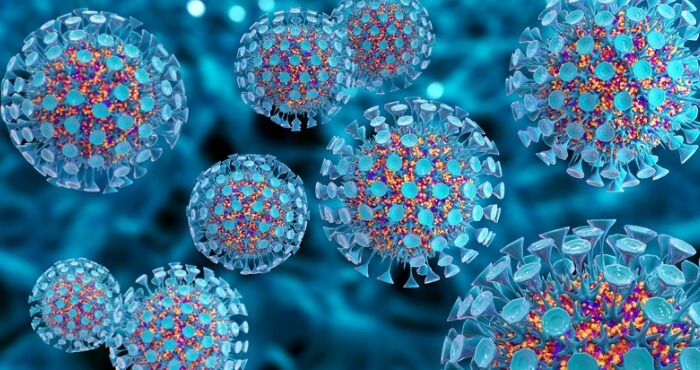 “The rapid rise of antibiotic-resistant pathogens is one of the foremost global health concerns of modern times. Now, using a combination of bioinformatics, [CRISPR/Cas9] gene editing, and in vitro experiments, we have discovered a highly unusual biosynthetic pathway to the antibiotic malonomycin. This could pave the way for a new kind of antibiotic production process,” said Jason Micklefield, leader of the study, and professor of Chemical Biology at the Manchester Institute of Biotechnology.

“We are now optimistic that our findings might lead to the discovery of new antibiotics, and may also provide new ways of making antibiotics which are urgently needed to combat emerging drug-resistant pathogens,” Micklefield added.

Since the findings are preliminary, more research will need to be done before antibiotics are developed using what has been uncovered about the malonomycin pathway.

Antibiotic resistance can have devastating consequences to individuals of all ages and from all walks of life, regardless of how healthy they are.

Addie Rerecich, an 11-year-old girl from Tucson, Arizona, was taken to the hospital on May 19, 2011 due to persistent pain in her hip. She did not leave the hospital for five months. What started as a Staphylococcus infection in a hip muscle developed into sepsis, which then caused bacterial pneumonia in Addie’s lungs. She developed additional infections caused by a handful of opportunistic drug-resistant bacteria, including E. coli, Stenotrophomonas maltophilia, and Enterobacter aerogenes.

Addie’s infections did not respond to the antibiotics that her doctors were using, so they were forced to turn to an antibiotic called colistin which can be highly toxic to the kidneys and other organs. Colistin is used as a last resort.

Related article:  Improving CRISPR gene editing of human cells with an ‘off switch’

Since the abscess in Addie’s hip muscle was untreated for some time, a blood clot developed near the abscess, then broke away and caused a pulmonary embolism in her right lung. She required a lung transplant to save her life.

Though the effects of several infections and medical procedures have taken their toll, Addie is making slow progress. “My once normal, strong, athletic Addie will need medical attention and therapy for the rest of her life,” her mother said. “Antibiotic-resistant infections have devastated my daughter’s life and our family’s health, well-being, and finances.”

Antibiotics work by disrupting the targeted bacteria’s ability to construct cell walls, interfering with the bacteria’s reproduction, and/or blocking the ways in which the bacteria use or store energy. And antibiotic resistance occurs when some members of the bacteria population develop the ability to escape an antibiotic or create antibiotic-destroying enzymes, survive unharmed, and pass on this new ability to subsequent generations. Other bacteria that do not have this ability die out. In this way, the previously-successful antibiotic is rendered useless. The new superbugs are then spread amongst human hosts in the same or similar ways as their predecessors. Only now, there are no antibiotics to treat the new “mutant” superbugs.

Though Springer explained that antibiotic resistance “occurs naturally, as bacteria are highly adaptable organisms, we have likely greatly accelerated the rate of resistance because of inappropriate and indiscriminate use of many antibiotics that were once highly effective tools.” Said Springer:

In the US, this is fueled by both patient demand and doctor response to this demand, as well as use of antibiotics in the food industry. Globally these are also contributors, as well as antibiotic availability without prescriptions in many countries, with incomplete use. An example [of incomplete use] would be using an antibiotic for two days until symptoms seem to improve, then halting. This allows a ‘clinical cure’ sometimes, but not an eradication of bacteria, some of which then adapt to survive, develop, and pass on means of resistance.

While several governments and health organizations have tried to solve the antibiotic resistance crisis through funding of antibiotic discovery and development initiatives, progress is painfully slow. Many of the antibiotics created or discovered are too similar to previous forms of antibiotics, and others fail in clinical trials or are considered too dangerous for human use.

So when discoveries of potentially new antibiotics are announced, those at the front lines of the fight against drug-resistant microbes feel varying degrees of hope and excitement. That excitement is kept in check, however, by the reality that it takes an average of 10 years and hundreds of millions of dollars to bring a new antibiotic to market.