This article or excerpt is included in the GLP’s daily curated selection of ideologically diverse news, opinion and analysis of biotechnology innovation.
You can’t go into a grocery store without being confronted by “gluten free” labels and logos. It’s an effective sales tactic, even if it doesn’t provide much information about the relative healthful benefits of the food products they’re on. As I’ve written in the past, avoidance of gluten is unnecessary for the vast majority of people. There are still questions as to whether ‘non-celiac gluten sensitivity’ is even a real condition in those who are NOT celiac sufferers.

According to the Celiac Disease Foundation, gluten-free living appeals to about 30 percent of American adults — but seems to still be widely misunderstood. About 1 in 100 people — about 1 percent — have celiac disease, an inherited autoimmune disease that causes damage to the small intestine when gluten is ingested.

About 0.4 percent of people have a doctor-diagnosed wheat allergy, according to a 2006 study. In those people, a true allergic response to wheat (which contains gluten) can include skin, respiratory and gastrointestinal symptoms.

A larger group of people is estimated to have what’s called “non-celiac gluten sensitivity,” which may also produce similar symptoms but is not very well understood by experts. “We don’t really know the mechanism by which this arises,” says Crowe. According to the National Foundation for Celiac Awareness, as many as 18 million Americans may have some non-celiac sensitivity to gluten.

But for most of the people who aren’t celiac, avoidance of gluten is little more than a badge of honor. At the very least, there are serious questions about the wisdom of buying gluten free just for the sake of doing it.

A recent research report by the National Health and Nutrition Examination Survey found that over the past five years, there was a 300 percent increase in the number of people reporting going on a gluten-free diet. At the same time, the prevalence of celiac disease has remained stable.

Avoiding gluten has been called ‘risky’ by experts

The subject of gluten avoidance was the topic of a panel discussion by a group of medical experts, including Alessio Fasano, director of the Center for Celiac Research and Treatment at Massachusetts General Hospital. Fasano offered his thoughts on why “gluten-free” has become so popular: 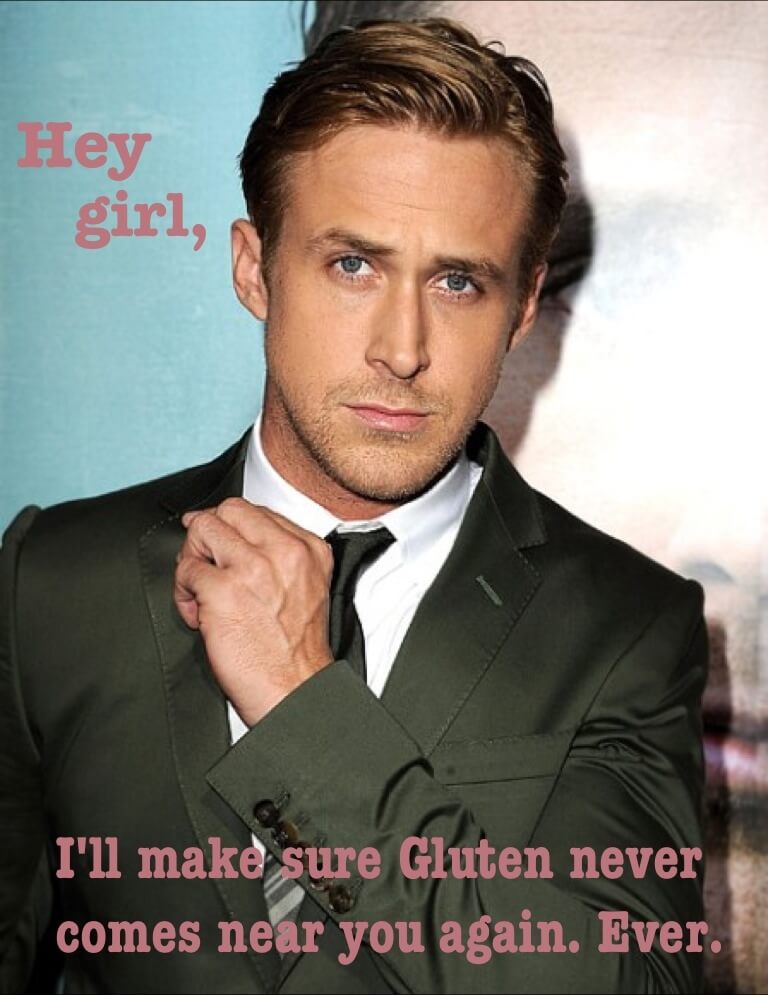 “The reason why is that the actors, actresses, politicians, and sport icons who serve as the popular role models in our culture have decided to embrace a gluten-free diet, and to publish articles and even write books on its benefits. It is a no-brainer for people to then say, ‘If it’s good for her or him, it’s going to be good for me to cleanse my body or feel more energized,’ and so on and so forth. I believe that has really fueled the fad component of the diet.”

That could also help explain why about half of the survey’s respondents said they tried to reduce gluten in their diet because they thought it was “healthier.” But only a “minuscule percentage” of those people should be on a gluten-free diet, Fasano said.

Still, it should be noted that our ability to detect celiac disease across the population isn’t very good at the moment. An estimated 1.8 million Americans have celiac disease, though most (around 1.4 million) are unaware that they have it, according to a 2012 Mayo Clinic-led analysis.

What could be occurring?

There is an ongoing discussion about the role played by a group of carbohydrates known as fermentable oligosaccharides, disaccharides, monosaccharides and polyols (or FODMAPs). They include foods such as dairy, wheat, beans and fruit with pits or seeds. The fructans (which include wheat) can cause intestinal distress and bloating. So can the amylase trypsin inhibitors (ATIs) found in wheat products. So if someone feels better by skipping bread to avoid gluten, those physical improvements may actually be related to the absence of other wheat components.

There also needs to be a better understanding of the difference between food ‘intolerance’ and food ‘sensitivity.’ Being intolerant of FODMAPs, for example, will lead to gastrointestinal distress as a result of fermenting sugars in the colon. But in those with real food sensitivities, there is an immune component that leads to systemic effects — flushing, sweating and malaise — beyond the gastrointestinal symptoms. These are not caused by FODMAPs fermenting in the colon, though people often mistakenly think they are. This is also why it’s so difficult to separate out ‘real’ systemic effects of diet from those which are driven by perception.

Separating out what is real from what isn’t presents more difficulties for researchers than it would seem. According to Fasano:

“Of course, what is needed are double-blind studies, so that eventually we can distinguish whether these people have been respondent solely because of an immune responsive component in wheat, amylase trypsin inhibitors, gluten, or anything else, or rather just because of a placebo effect.”

There are currently designs for biomarkers in the works, which provide objectively measurable laboratory outputs to something like non-celiac gluten sensitivity. Once appropriate biomarkers are identified, more can be determined about the veracity of certain non-celiac syndromes, as well as their prevalence in society. This, in turn, can be used for better treatment approaches.

Certainly, diet is something that largely comes down to choice. Regardless of actual physiological benefits that may not be occurring, moving to a gluten-reduced or gluten-free diet should come with consult by a reputable nutritionist. There are, after all, downsides to such a diet, said Ivor Hill, professor of clinical pediatrics at The Ohio State University College of Medicine. Hill, who was also a participant in the panel discussion, said:

“First, it [gluten free] is an expensive diet, estimated to increase your food costs by about a third. It is not cheap. Second, it is higher in calories. If you compare equivalent foods that are gluten-free as opposed to gluten-containing, there are more calories generally. It is also higher in sodium. Third, it is low in fiber and also lacks calcium, iron, and certain B group vitamins.”

Others have also argued that gluten-free diets for non-celiacs may cause more harm than good. Among them is Peter Green, director of the Celiac Disease Center at Columbia University.

Fatigue is a normal part of the chaos of life. And biological systems don’t operate without flaws and undesirable effects. Having a digestive system that is free from discomfort at all times is not only improbable, it’s unrealistic. This doesn’t mean we shouldn’t strive for a better quality of life, but that’s exactly the point made by the experts: In the long run, we’re worse off by avoiding these foods if we don’t need to.

A version of this article originally appeared on the GLP on February 1, 2017.