Rachele Hendricks-Sturrup | March 26, 2019
This article or excerpt is included in the GLP’s daily curated selection of ideologically diverse news, opinion and analysis of biotechnology innovation.

What if we could use your individual genetic makeup to find the perfect drug for what ails you? That’s the promise of the relatively new field of pharmacogenomics, which could replace our current one-size-fits-all approach that fails some patients.

The fast-growing field is expected to improve the way we treat a variety of diseases and disorders, including heart disease, cancer, asthma and depression. It could drastically reduce adverse drug reactions and improve dosages by tailoring medications to each patient’s own genes.

Not everyone, however, is positioned to enjoy the benefits of this new realm. A lack of racial and ethnic diversity in pharmacogenomic research is raising questions about whether poorly represented groups are being left behind. It’s an issue that grows in prominence as genetic sequencing becomes more mainstream, opening the door wider for drugs, treatments and therapies designed specifically for smaller subsets of the population. As Joyce Tung wrote in a recent  STAT article:

In order for everyone to benefit from sequencing the human genome, genetic studies must be conducted in people of all ethnicities — as well as all genders, ages, incomes, and sexual orientations. It’s a simple concept that seems to be fiendishly difficult to apply.

To explore this issue, we can examine recent efforts to develop pharmacogenomic treatments for cardiovascular disease (CVD), the leading cause of death in the United States. Propranolol was approved by the Food and Drug Administration in 2003 after a series of clinical trials. Considering our current knowledge of pharmacogenomics, the human genome and race, a statement in propranolol’s New Drug Application deserves attention:

“There were 74 black and 352 white/hispanic patients randomized (and 8 not identified). No conclusions can be drawn about the influence of race on the reporting of adverse events…”

This statement stands out on two accounts: 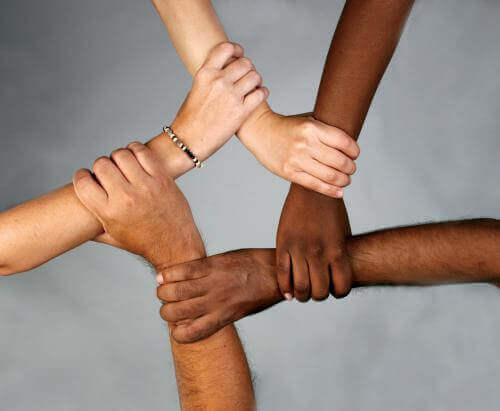 The under representation of populations that report as non-caucasian in clinical studies is not at all uncommon in the US, where the population largely identifies as caucasian and where individuals that either identify themselves as or are identified by society as ‘black’ are in fact admixed and descend biologically from various parts of both Africa, the Americas and Europe. This under representation undoubtedly hinders the advancement of pharmacogenomics because a paucity of genetic diversity in pharmacogenomic studies can reduce our ability to generalize knowledge on the clinical utility of pharmacogenomics across genetically diverse populations.

Howard University Biology Professor Fatimah Jackson explained in a recent article that when genomic “reference databases are predominantly Eurocentric, so are the genomic priorities,” which can “present issues when the client base is ethnically and geographically diverse and decidedly non-European.”

This can have drastic public health consequences because individuals of African descent in the US are likely to have more diverse genomes and are yet largely absent from pharmacogenomic research trials that seek to identify clinically significant and predictive single nucleotide polymorphisms (SNPs). Americans of African descent are also absent from studies that examine the clinical significance of liver cell expression quantitative trait loci (eQTLs), which are locations on human chromosomes that are significantly associated with changes in gene expression and drug metabolism. eQTLs have important pharmacogenomic implications, which renders the absence of Americans of African descent from eQTL studies problematic and concerning from a public health standpoint.

Researchers Tesfaye Mersha, PhD, from the Cincinnati Children’s Hospital Medical Center at University of Cincinnati and Tilahun Abebe, PhD, M.Phil., from the University of Northern Iowa stated in their Human Genomics article, “A child of mixed parents (one black and one white) is socially classified as black, even though genetically, the child could just as easily be considered white (genotype 50/50).” This statement explains how the social classification of a person is erroneous and misleading from genetics standpoint. This can also have unfavorable public health consequences for individuals who identify as Caucasian American because not only these individuals have the highest rate of CVD mortality in the US, but they are also likely to carry genes that descend from African ancestors.

How should scientists use race to advance the field of cardiovascular pharmacogenomics?

Race is a social construct that can provide clues about a person or population. But race in itself fails as a reliable predictor of human genetics.

Jonathan Kahn, law professor and researcher, explained that race may be evolving into a sort of “residual category” that could explain variation in drug response that is not captured by genetics. Race can provide clues about a person’s genetics, social status, behavior, diet, and environment, which altogether have an effect on an individual’s or population’s access and potential response to pharmacogenomic trials and drugs.

Pharmacogenomics is one of the latest developments in precision medicine and its implementation into standard clinic practice serves to reduce patient harm by steering away from our traditional ‘one size fits all’ approach to medicine. So,  it is important that race be more objectively used a guide toward understanding how race influences other aspects of pharmacogenomics, such as access pharmacogenomic drugs and/or how traditional diets can complement or interfere with the efficacy of a pharmacogenomic drug.