This article or excerpt is included in the GLP’s daily curated selection of ideologically diverse news, opinion and analysis of biotechnology innovation.
For decades, TV and the movies have portrayed many characters with varying degrees of autism. All shared a common thread: they were always male.

Contemporary TV characters such as Sheldon Cooper from the Big Bang Theory and Abed from Community continue this trend. Recent portrayals of the classic literary character Sherlock Holmes, such as in the BBC hit Sherlock, show him exhibiting many hallmark autism symptoms.

And when you look at the numbers of male vs. female autism cases, the male-dominated portrayal of autism makes sense. While the exact numbers are debated, the most commonly cited statistic is that boys have about a 1 in 52 chance of being placed on the autism spectrum. For girls, it’s only 1 in 252–a five-fold difference.

So, what’s the issue? Art imitates life. More boys get autism so we see more male characters on the autism spectrum.

The problem is that research has emerged that questions whether these sex differences are all genetically based. Could it be that some of the differences reflect how the condition expresses itself in males and females? Could it be that we may be misdiagnosing some cases of autistic girls who are hiding, painfully in some cases, in plain sight?

To understand autism’s sex bias, we first need to understand what causes autism. Not every case is caused entirely by genetics. And it’s not a Mendelian disorder, and a single gene mutation cannot explain a single person’s autism. However, ASD is largely caused by genetics. Estimates vary, but University of Washington geneticist Evan Eichler told The Scientist that there are at least 100 genes implicated in ASD. He added that there are also several hundred additional “candidate genes.” Many of these genes are involved with normal cell functioning such as chromatin structure (a complex of DNA and protein important for DNA packaging and gene activity). Others are specific to the brain and neurons–like those involved in the healthy development of axons (the message sending part of a neuron) and synapses (the place where two neurons meet and communicate). In short, the genes themselves and their function don’t appear to be sex-specific. 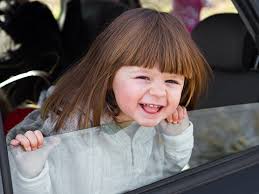 There is some data to support this idea: men with a rare condition in which they have two Y chromosomes have an even higher incidence of autism—one in four. A similar relationship is seen in men who are XXYY. There are not many genes on the Y-chromosome and most are involved in gonad development. Overall, there is a dearth of data linking specific genes on the Y chromosome directly to ASD, but having variants of two genes located on the Y chromosome—one a cell regulatory protein and the other which is important in connecting two communicating neurons—is strongly tied to an ASD diagnosis. Other studies have found no such link.

There is also a controversial idea that the Y chromosome may indirectly influence autism through the male sex hormone, testosterone. Simon Baron-Cohen of Cambridge University has suggested that elevated testosterone prenatally could block early-life neuron pruning (an event thought to be a major cause of autism) leading to autism in either sex. Because boys have more prenatal testosterone this could explain the higher prevalence. However, this “extreme male-brain” theory–as it’s called–is quite controversial and relies heavily on research from rats and not humans.

One of the leading theories is that girls are protected from genetic disorders because of their extra X chromosome. The best evidence for this came in a 2014 study published in American Journal of Human Genetics in which researchers reported that girls with neurodevelopmental disorders actually have more genetic abnormalities—mutations and deletions of genetic material–than similar boys, but the conditions do not show up as readily. What this data seem to suggest is that the genetic threshold for ASD may be lower for boys than girls.

How to explain this? The best explanation yet comes from the study’s lead author, Evan Eichler, who says that their second X chromosome may protect them from any abnormalities on the other one:

When you look at the X chromosome, there are 1,500 genes and 5 percent are important to brain development…imagine you’re a male, any mutation that even makes the protein produced a little weaker or less efficient, now you’re stuck with that. The female, because she has two X chromosomes, chances are if she has a defective mutation on one of those genes, she can compensate because she has one from the other parent.

Efforts to uncover how this ‘female protective effect’ works have not been entirely fruitful and on the whole most genes associated with autism are not on the X or Y chromosomes.

Part of the problem is that the classic symptoms that doctors look for when evaluating a child for autism are derived from data compiled while observing boys–a relic of Asperger’s initial description. Hans Asperger first described autistic psychopathy as “A lack of empathy, little ability to form friendships, one-sided conversations, intense absorption in a special interest, and clumsy movements”–conditions he said he only observed in boys. Asperger did later change his mind about seeing some of these tendencies in girls and the definition has expanded in the last 70 years—but the tradition of his original idea may still linger in the minds of diagonosing physicians and parents.

Take, for example, a 2012 study in the UK of 15,000 twins which compared symptoms to clinical diagnosis. The researchers found that for a girl to receive an actual autism diagnosis they needed to exhibit more behavioral problems, or significant intellectual disability or both to be diagnosed. More mild cases in girls were being ignored or given other labels (e.g. ADHD).

Another large study from 2013 in the Netherlands found that girls with milder symptoms (i.e. Asperger’s syndrome) were diagnosed, on average, two years later than boys with similar severity.

It also may be that just the idea that girls are 5 times less likely to be autistic may subtly steer physicians away from the diagnosis when they examine young girls. In the same way, the popular image of boys with autism also influences parents when making the decision to have their daughter evaluated.

One idea gaining traction is that autism looks different for girls, that in many cases, particularly in milder versions, it may show up as ‘softer.’ Brain scans of severely autistic girls show that brain regions associated with social behavior appear less affected.

Autistic girls are better at mimicking social behaviors—at least for some time—of their non-autistic peers, which can mask the condition. Autistic girls also exhibit fewer problems with the gold standard criteria for autism: playing make-believe, making eye contact, seeking praise and showing interest in other children. Again, their apparent deftness at camouflaging their symptoms may play a role in misdiagnoses.

Delayed diagnosis is a major problem

All of this isn’t to say that the numbers are a true 50-50 split. And data suggest boys are more likely but not exclusively, to have severe symptoms. We likely aren’t missing too many severe cases, but thousands, even millions of girls may be suffering in silence with milder forms of the disorder because of misconceptions about it.

Part of the problem is that autism is a tricky disease to comprehend and study. Soaring autism levels in recent years have largely been chalked up to changing terminology (ASD has largely replaced intellectual disability as a diagnosis) and a loosening of the diagnostic criteria—more behaviors are now considered on the spectrum than ever before.

It is imperative that children with autism received their diagnosis as soon as possible. Most research suggests that early intervention can help to at least lessen some symptoms, so when a girl goes years without a proper diagnosis they risk their condition spiraling out of control.

Out of control autism can be a big problem in both sexes. For example, the disorder is associated with numerous severe mental disorders—66 percent of people with mild autism have reported suicidal thoughts—so it’s necessary we get these people the help they need—as soon as possible.

The evidence is also clear that girls are being left behind when it comes to treating autism–and that’s a real problem. That’s why it’s important that popular media accelerate a change we’ve seen in recent years in portraying more female characters with autism in popular media. Emily Deschanel’s portrayal of Temperance Brennan on Fox’s Bones has received some praise for shining a spotlight on autistic females. FX’s now-canceled series The Bridge received similar praise for having a lead female on the autism spectrum and the popular medical drama Grey’s Anatomy featured a female autistic doctor.

Life can imitate art—and in treating this challenging disorder, that can be a good thing.

A version of this article originally appeared on the GLP on May 23, 2017.

Nicholas Staropoli has an M.A. in biology from DePaul University and a B.S. in biomedical sciences from Marist College. Follow him on Twitter @NickfrmBoston.