This article or excerpt is included in the GLP’s daily curated selection of ideologically diverse news, opinion and analysis of biotechnology innovation.
Finding an antidepressant that works can be an agonizing personal hell of trying one drug after another. Months, even years, may pass without relief, as they did for my father.

A study from 2016 reported that nearly two-thirds of people being treated for major depressive disorder either do not respond to the first drug tried, or suffer unacceptable side effects. Of those that move on to drug number two, three-quarters don’t respond. Each audition lasts at least four weeks, with sometimes extended washout periods in between to detox and switch. 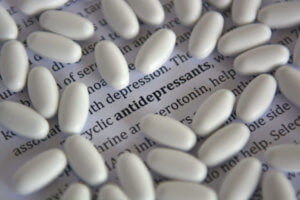 The problem with finding the right antidepressant right off the bat might not be with the drugs — but with the studies of drug efficacy. In the past many investigations relied on patient self-assessments, rather than more objective measures such as comparing the level of the drug in the bloodstream with how a person feels.

That’s why pharmacogenetics has held so much promise for personalizing drug treatment — it predicts response based on genotype, which in turn reflects how an individual metabolizes a particular drug.

Pharmacogenetics has worked well, for example, for people taking blood thinners, which are evaluated using clotting time (INR). But the predictive power of answering vague questions about one’s own mood? Not so much.

A 2018 report in the American Journal of Psychiatry may finally add an antidepressant to the growing list of medications that can be matched to patients most likely to respond — before they waste time. Marin M. Jukic, Ph.D., and co-workers from the Karolinska institute in Sweden evaluated patients taking Lexapro (escitalopram) by gene variants that affect the rate of metabolism of the drug, blood levels of the drug, and whether or not a patient switched to another antidepressant within a year.

Many uses of pharmacogenetics are based on the liver’s cytochrome 450 enzymes, which dismantle toxins. Just six of the 57 types of these enzymes metabolize more than 90 percent of drugs.

A person who is a “rapid metabolizer” for a specific drug breaks it down so fast that it vanishes before it can alleviate symptoms, requiring a higher dose, if that’s safe. In the opposite situation, a “poor metabolizer” may break down a drug so slowly that effects linger and may become toxic. A chemical in grapefruit has a poor-metabolizing effect on many drugs, slowing their breakdown so that they’re too effective — not less as many think.

The blood results tracked with genotype. The poor metabolizers had a 3.3-fold increase of the drug in their bloodstreams and the rapid metabolizers had a 20 percent reduction of drug level. Either extreme is obviously enough for people to change drugs.

“Our study shows that genotyping of CYP2C19 could be of considerable clinical value in individualizing doses of escitalopram so that a better all-round antidepressive effect could be achieved,” said Magnus Ingelman-Sundberg, PhD, one of the researchers. He added that the finding may apply to other SSRIs (selective serotonin reuptake inhibitors, which are the most commonly prescribed antidepressants. They can ease symptoms of moderate to severe depression, are relatively safe and typically cause fewer side effects than other types of antidepressants do.)

To appreciate the value of the study requires a look back, for a brief history of the antidepressants. 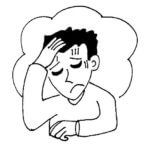 My father suffered his way through several types of tricyclic antidepressants, named for the three organic rings in their structures. These drugs targeted three neurotransmitters: serotonin, dopamine, and noradrenaline.

In the 1970s, thinking switched to targeting just the receptor that mops up serotonin from between neurons, keeping it in synapses longer, theoretically elevating mood, although the exact mechanism is still a mystery. And so was born the first selective serotonin reuptake inhibitor — SSRI- fluoxetine, aka Prozac, which Eli Lilly introduced in 1987.

Prozac has helped millions, extending beyond our own species to helping sad animals like Mercedes the polar bear at the Edinburgh zoo, unhappy captive parrots, and our cats and dogs. I wish I’d thought to feed it to Speedy, my humungous tortoise who had to be rehomed from upstate New York to southern California. She was definitely depressed.

Lexapro was the fifth SSRI approved, and it has an intriguing history.

Celexa was the fourth SSRI, approved in 1998. When exclusivity expiration neared in 2002, manufacturer Forest Laboratories did what Gardiner Harris in the New York Times called “tinkering with the molecule.”

Celexa was a mixture of two versions of the same molecule that are mirror images of each other. Outside of an organism, certain molecules exist as such right-handed and left-handed forms — they’re called enantiomers. But drug activities often stem from only one enantiomer, and the separation is costly.

So Forest Laboratories, seeking a variation on the Celexa theme, isolated the part of Celexa that bestowed the activity, creating Lexapro. Using just the active molecules could make possible lower, safer doses. Wrote Harris in 2009, the company “managed to turn a medicinal afterthought into a bestseller.”

But the science of drug selectivity makes sense. The real problem was economic. Harris cited a US Senate Special Committee on Aging document that details payments from the drug company to prescribers, providing incentives to ditch the cheaper Celexa and promote the retooled Lexapro.

The FDA hadn’t asked the company to show that the new drug was better. Still, I think that the evidence of Lexapro’s efficacy was flawed.

The efficacy trial asked 491 patients who took Lexapro for eight weeks to take standard “rating scales” — quizzes that probe feelings. The primary outcome — the finding that guided the conclusion of efficacy — was the Montgomery Asberg Depression Rating Scale, just 10 questions, and the 17-29 questions of the Hamilton Rating Scale, which includes asking a person to indicate whether he or she is in a “complete stupor.”

Lexapro replaced Celexa, even though a third of patients don’t respond to it or suffer side effects. Even when studies began to parse Lexapro response by CYP2C19 genotype, researchers either gathered too small a sample to reveal associations, or, like this one, relied on questionnaires, not incorporating blood levels of the drug. If someone’s bloodstream doesn’t have enough of the drug, of course she isn’t going to improve beyond a placebo effect!

I’ve witnessed friends negotiating the journey that my father did in trying one antidepressant at a time, sometimes based solely on a physician’s experience with other patients. To a geneticist, that’s meaningless. I hope the results of this study can refine the pharmacogenetics of depression to the point that each patient finds the right drug right away.

A version of this article previously ran on the GLP on January 23, 2018.